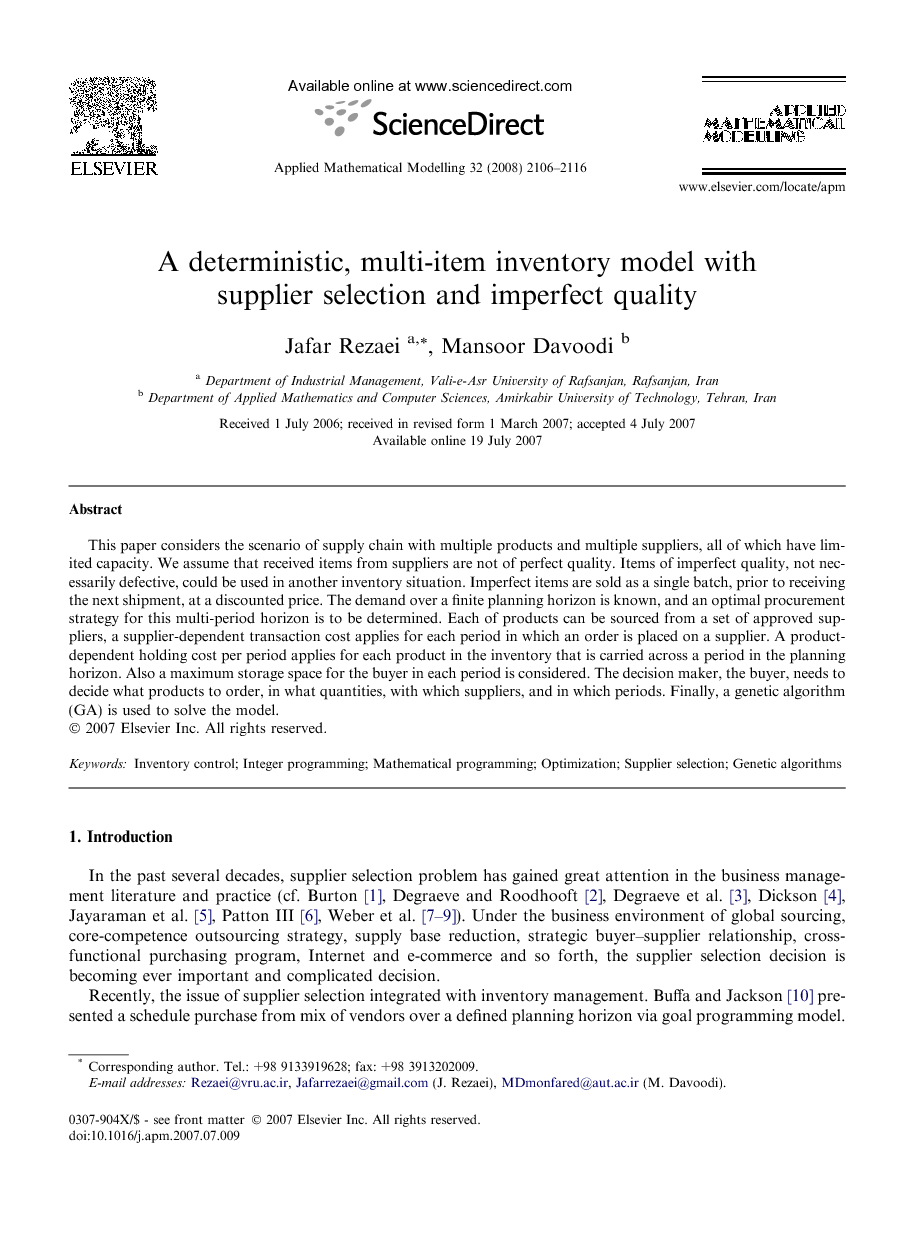 This paper considers the scenario of supply chain with multiple products and multiple suppliers, all of which have limited capacity. We assume that received items from suppliers are not of perfect quality. Items of imperfect quality, not necessarily defective, could be used in another inventory situation. Imperfect items are sold as a single batch, prior to receiving the next shipment, at a discounted price. The demand over a finite planning horizon is known, and an optimal procurement strategy for this multi-period horizon is to be determined. Each of products can be sourced from a set of approved suppliers, a supplier-dependent transaction cost applies for each period in which an order is placed on a supplier. A product-dependent holding cost per period applies for each product in the inventory that is carried across a period in the planning horizon. Also a maximum storage space for the buyer in each period is considered. The decision maker, the buyer, needs to decide what products to order, in what quantities, with which suppliers, and in which periods. Finally, a genetic algorithm (GA) is used to solve the model.

We have considered the problem of supply chain with multiple suppliers and multiple products. Major assumptions include that the suppliers have limited capacity, received items from suppliers are not of perfect quality, the demand over a finite planning horizon is known and the buyer has a maximum storage space in each period. We then formulate the problem as a mixed integer programming in which we have combined supplier selection with traditional inventory lot sizing and imperfect items. Finally, a numerical example of the proposed model is solved by Lindo and GA. By solving the problem via classical methods we can just obtain an optimal solution. Most of the time, the decision maker (DM) cannot apply this only solution because of some higher level information that could not be included in the model. Therefore we applied a GA to solve the problem to obtain more solutions. Although these solutions are not necessarily optimal and are almost near-optimal, it can be possible for DM to select one of them that matches with the real world condition. Results indicate what products to order, in what quantities, with which suppliers, and in which periods.