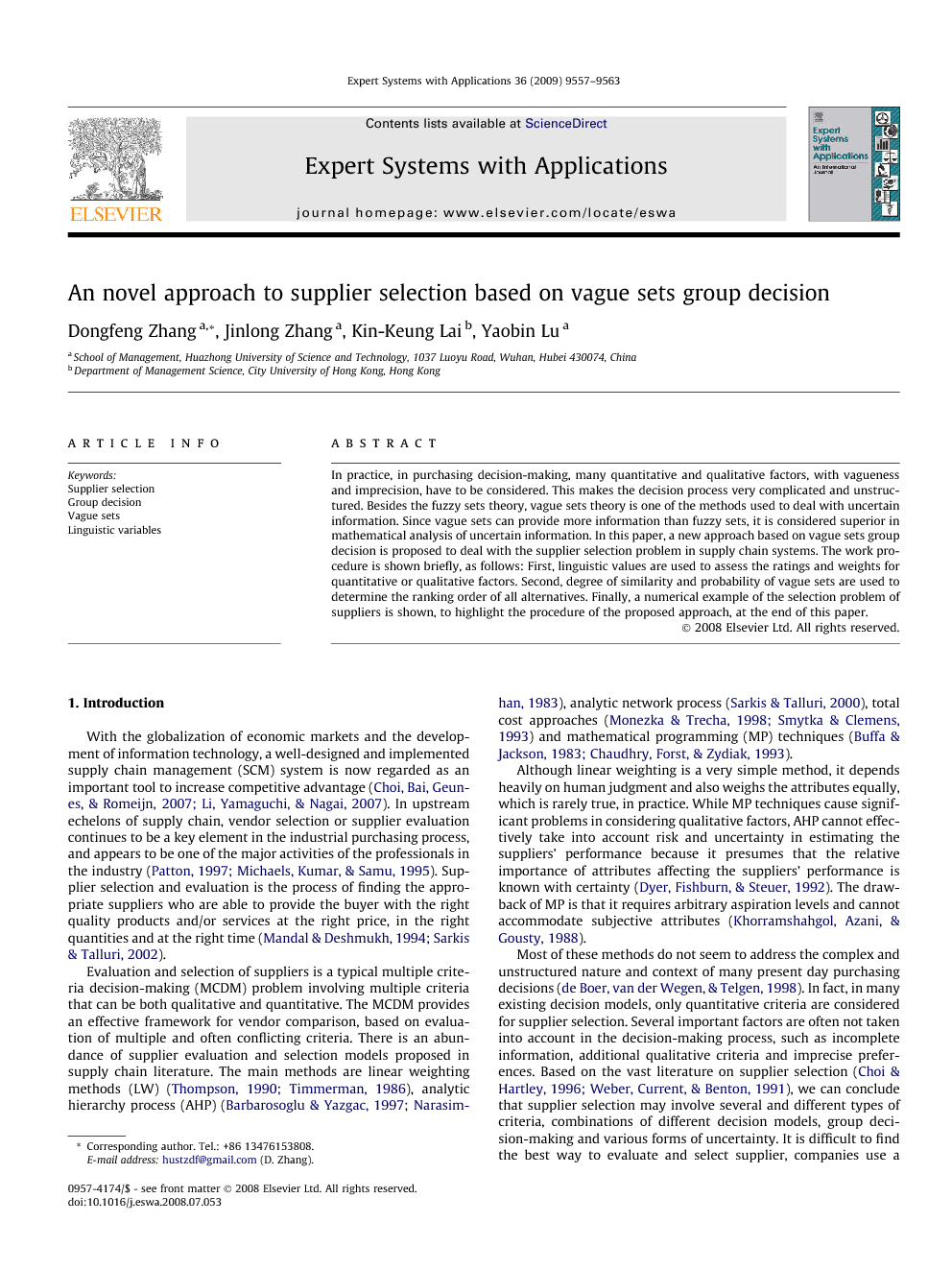 In practice, in purchasing decision-making, many quantitative and qualitative factors, with vagueness and imprecision, have to be considered. This makes the decision process very complicated and unstructured. Besides the fuzzy sets theory, vague sets theory is one of the methods used to deal with uncertain information. Since vague sets can provide more information than fuzzy sets, it is considered superior in mathematical analysis of uncertain information. In this paper, a new approach based on vague sets group decision is proposed to deal with the supplier selection problem in supply chain systems. The work procedure is shown briefly, as follows: First, linguistic values are used to assess the ratings and weights for quantitative or qualitative factors. Second, degree of similarity and probability of vague sets are used to determine the ranking order of all alternatives. Finally, a numerical example of the selection problem of suppliers is shown, to highlight the procedure of the proposed approach, at the end of this paper.