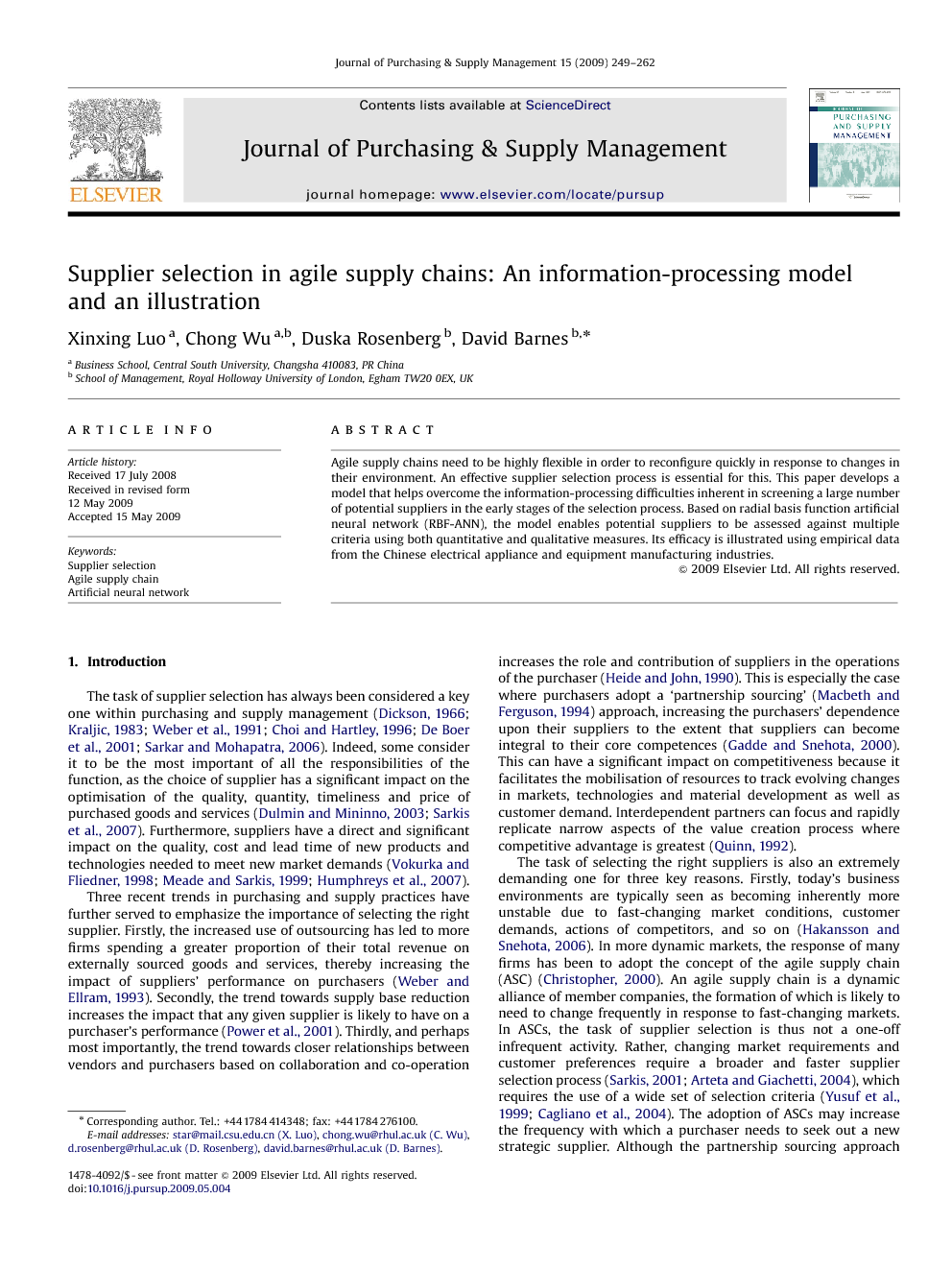 Agile supply chains need to be highly flexible in order to reconfigure quickly in response to changes in their environment. An effective supplier selection process is essential for this. This paper develops a model that helps overcome the information-processing difficulties inherent in screening a large number of potential suppliers in the early stages of the selection process. Based on radial basis function artificial neural network (RBF-ANN), the model enables potential suppliers to be assessed against multiple criteria using both quantitative and qualitative measures. Its efficacy is illustrated using empirical data from the Chinese electrical appliance and equipment manufacturing industries.