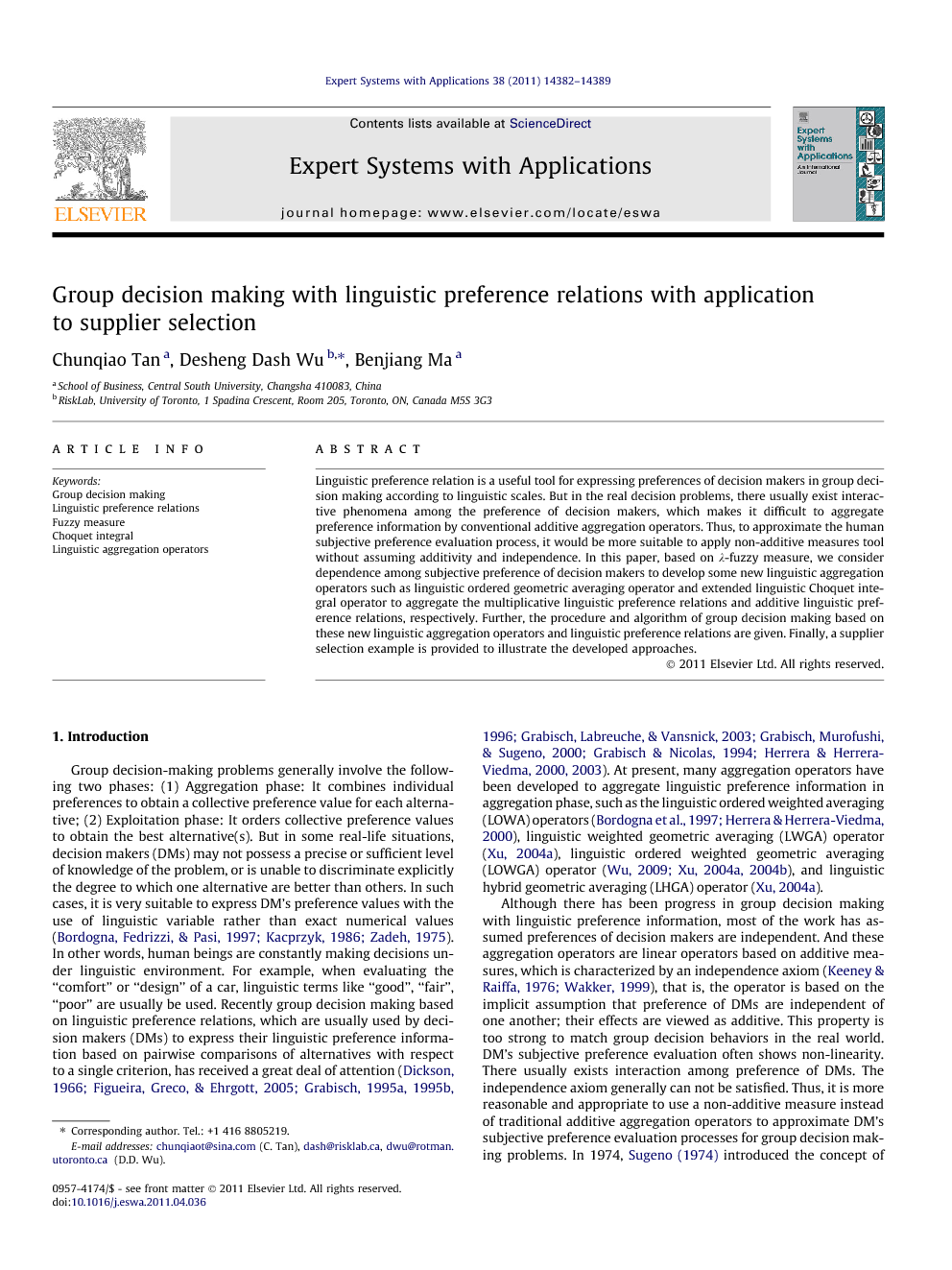 Linguistic preference relation is a useful tool in expressing decision makers’ preferences over alternatives. In general, there are always interactive phenomena among preference of experts in the real decision problems. It is not suitable for us to aggregate preference information by conventional additive linear operators. In order to overcome the limitation, in this paper, we have defined some operational laws for the multiplicative linguistic scales and additive linguistic scales, respectively. Based on the λ-fuzzy measure, we developed some new linguistic aggregation operators such as linguistic ordered geometric averaging based on (F-LOGA) operator and extended linguistic Choquet integral operator to aggregate the given linguistic preference relations. Based on F-LOGA operator and multiplicative linguistic preference relations, we have proposed a practical group decision making method for supplier selection. The prominent characteristic of the developed approach is not only that all the aggregated preference information is also expressed by the linguistic scales, but also the interactive phenomena among preference of experts are considered in the aggregation process, which approximates to the truth of real decision making problems, and has no any loss of information in the process of aggregation.