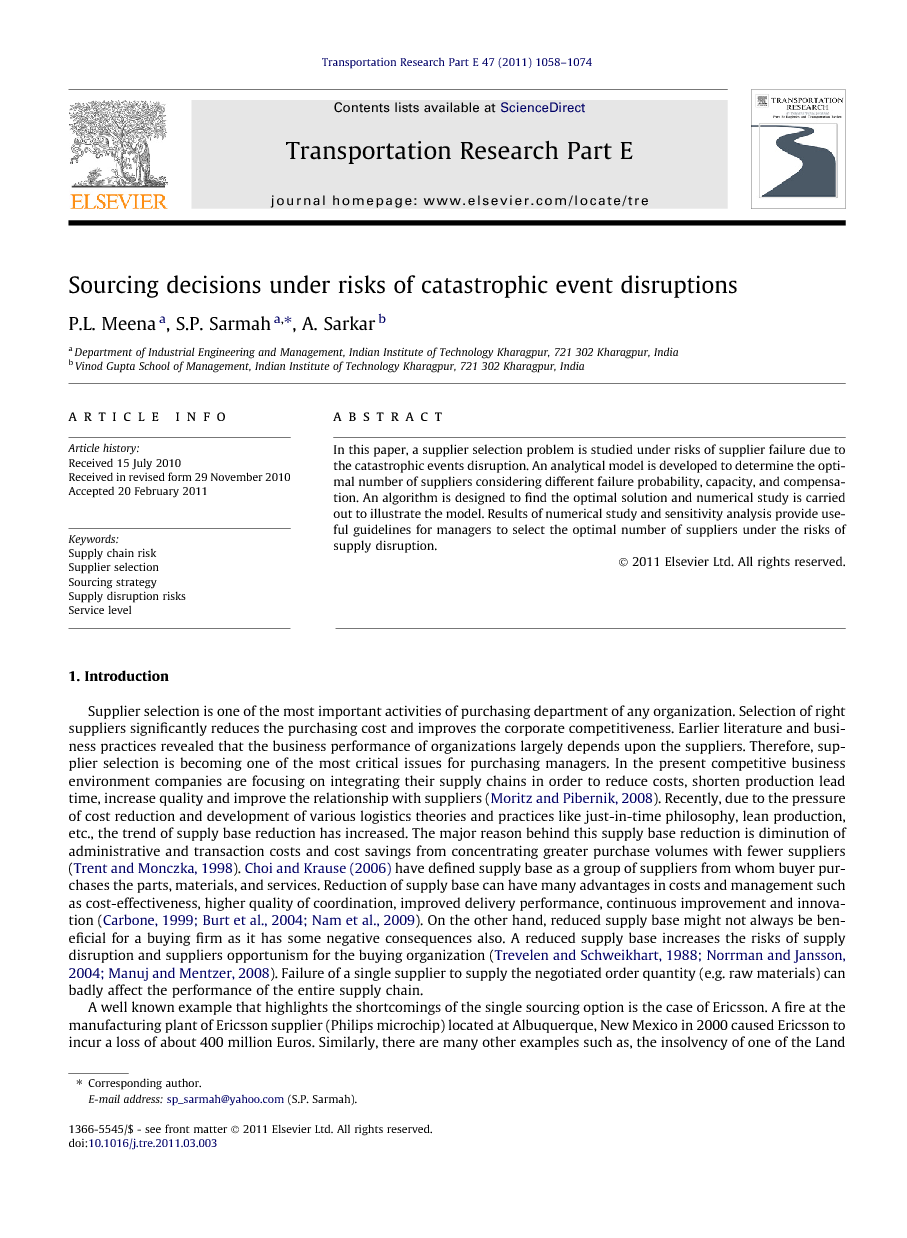 In this paper, a supplier selection problem is studied under risks of supplier failure due to the catastrophic events disruption. An analytical model is developed to determine the optimal number of suppliers considering different failure probability, capacity, and compensation. An algorithm is designed to find the optimal solution and numerical study is carried out to illustrate the model. Results of numerical study and sensitivity analysis provide useful guidelines for managers to select the optimal number of suppliers under the risks of supply disruption.