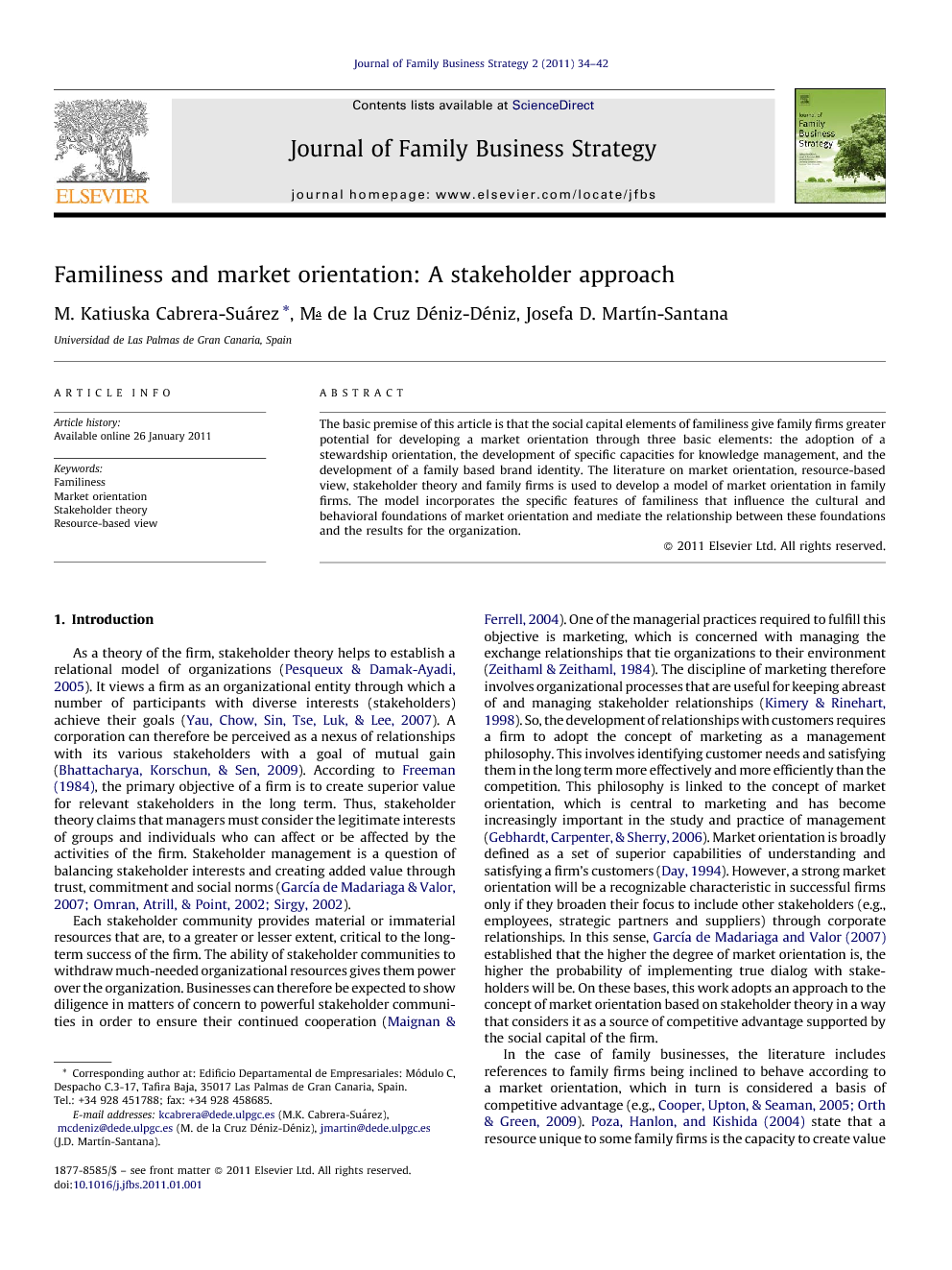 This article approaches the concept of market orientation in the family firm from two mainstream management theories: resource-based view and stakeholder theory. The basic assumption is that market orientation can be considered a bundle of dynamic capabilities that can foster the creation and protection of competitive advantage. Moreover, the specific characteristics of family firms in relation to social capital provide greater potential for developing a market orientation. The idiosyncratic resources associated with familiness can therefore add specific foundations to market orientation capabilities, thus promoting the capacity of family firms to sense and seize strategic opportunities and reconfigure assets in order to maintain competitiveness (Salvato, 2009 and Teece, 2007). Thus, our proposed model highlights the features of familiness that influence the cultural and behavioral foundations of market orientation and mediate the relationship between these foundations and the results (see Fig. 2). The model also specifies the elements of family that give rise to familiness (e.g., family culture, family context, and family governance). In line with this, it is important to highlight that we have assumed familiness to be a potential source of competitive advantage. However, we note that familiness can be constrictive rather than distinctive in terms of its capacity to build competitive advantage (Sharma, 2008). Thus, some family firms are not necessarily in a position to achieve their transgenerational vision, which means that family involvement can negatively affect the capacity of a firm to be market-oriented and respond to competitive challenges. In this way, dynamics such as dysfunctional conflicts between family members, asymmetric altruism, free-rider behavior, unchecked nepotism and abuses of power by some members of the family can seriously damage relations between family members and stakeholders. Moreover, numerous factors can hinder the transmission of values and knowledge from one generation to the next, due to problems associated with the succession process (Cabrera-Suárez et al., 2001 and Handler, 1990) and other potential sources of conflict. This could be detrimental to maintaining competitive advantage in terms of relations with stakeholders.