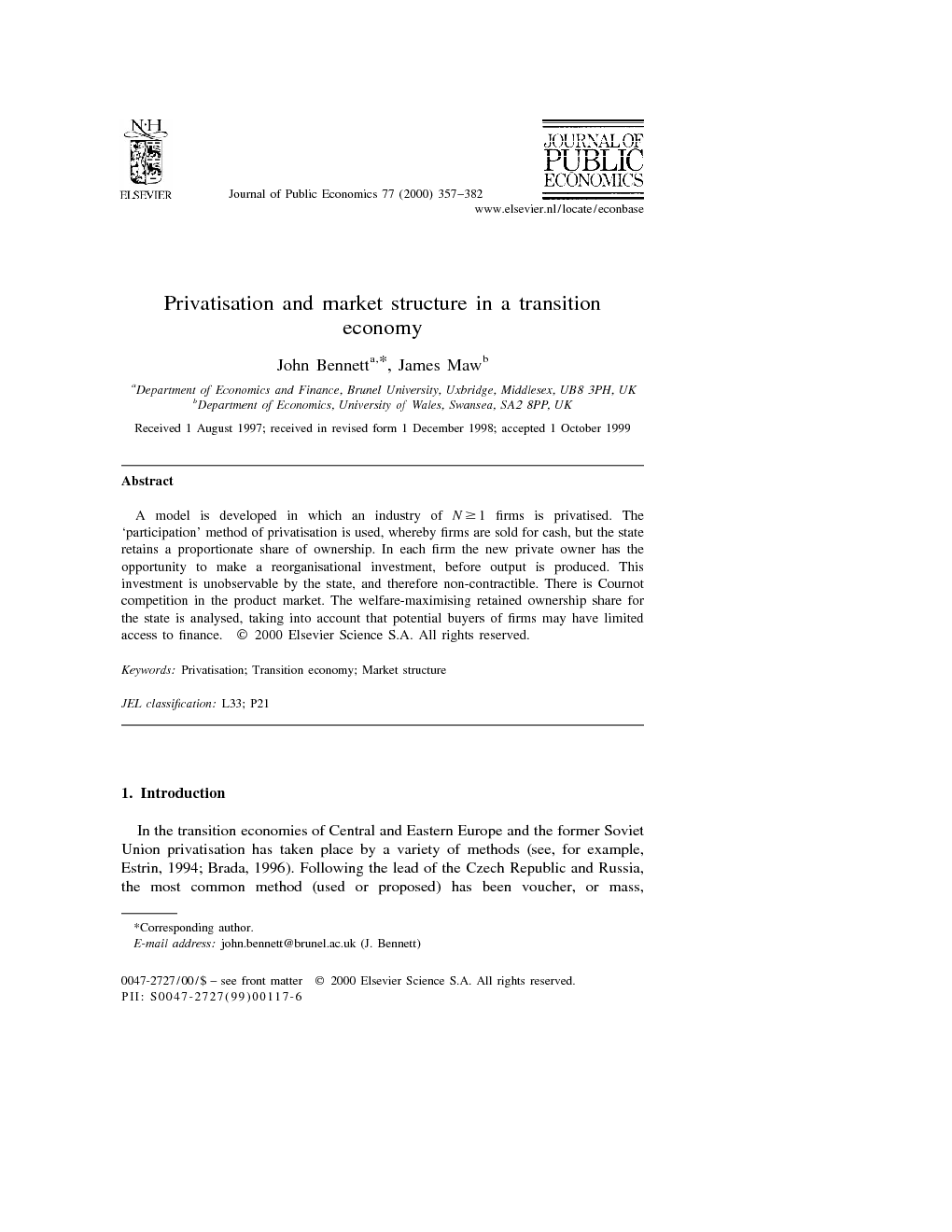 A model is developed in which an industry of N≥1 firms is privatised. The ‘participation’ method of privatisation is used, whereby firms are sold for cash, but the state retains a proportionate share of ownership. In each firm the new private owner has the opportunity to make a reorganisational investment, before output is produced. This investment is unobservable by the state, and therefore non-contractible. There is Cournot competition in the product market. The welfare-maximising retained ownership share for the state is analysed, taking into account that potential buyers of firms may have limited access to finance.