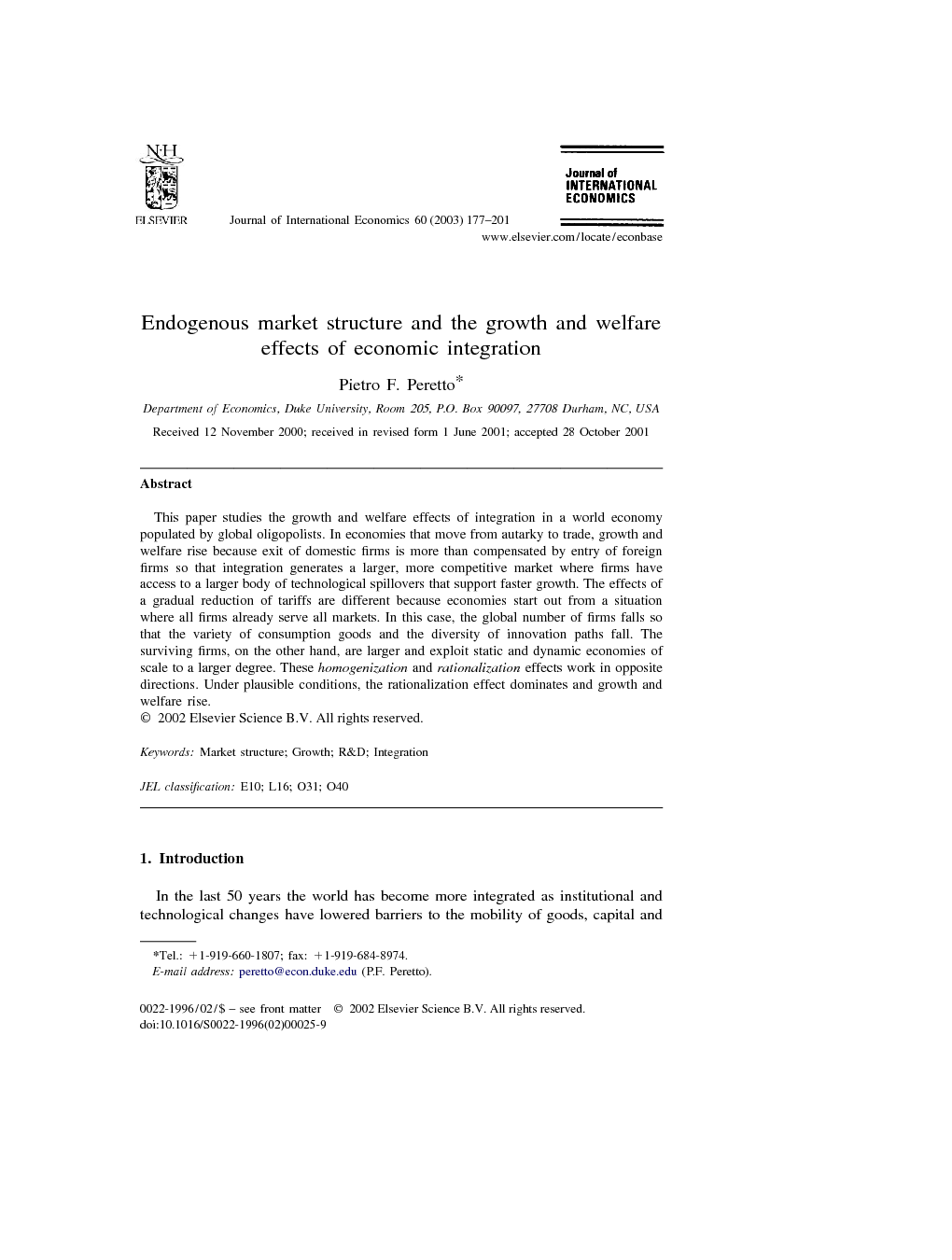 This paper studies the growth and welfare effects of integration in a world economy populated by global oligopolists. In economies that move from autarky to trade, growth and welfare rise because exit of domestic firms is more than compensated by entry of foreign firms so that integration generates a larger, more competitive market where firms have access to a larger body of technological spillovers that support faster growth. The effects of a gradual reduction of tariffs are different because economies start out from a situation where all firms already serve all markets. In this case, the global number of firms falls so that the variety of consumption goods and the diversity of innovation paths fall. The surviving firms, on the other hand, are larger and exploit static and dynamic economies of scale to a larger degree. These homogenization and rationalization effects work in opposite directions. Under plausible conditions, the rationalization effect dominates and growth and welfare rise.