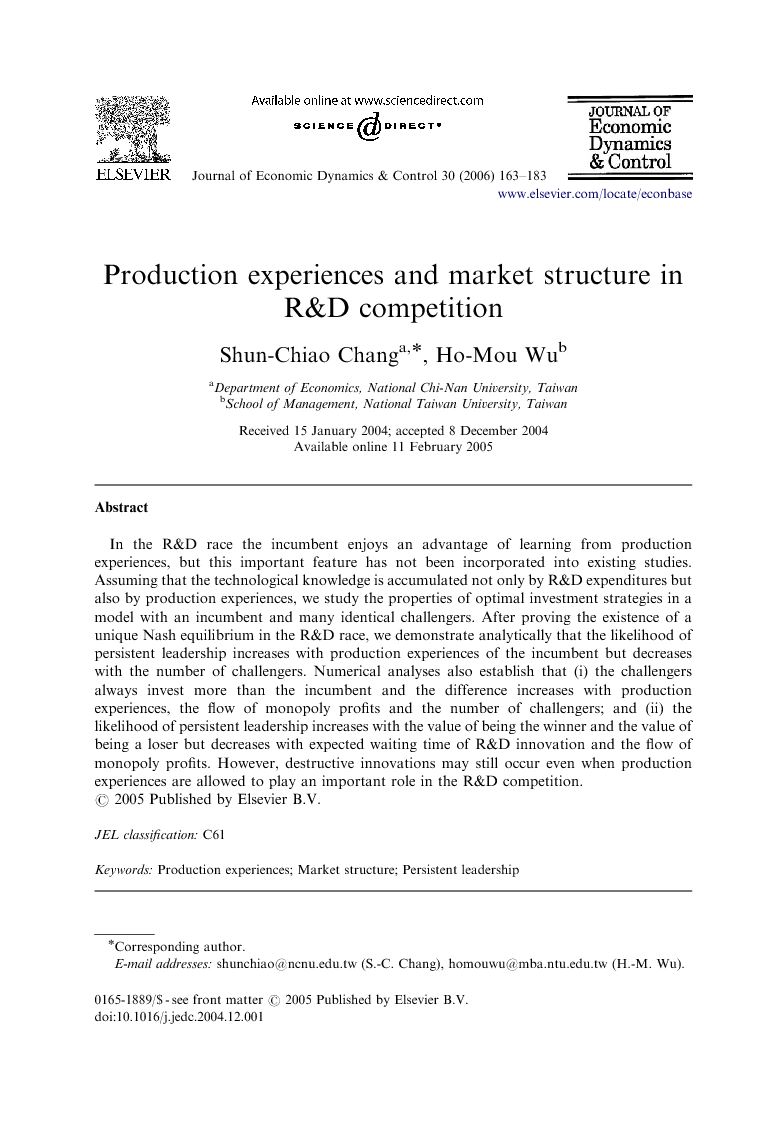 We summarize the similarities and differences among the results of this paper and those of Reinganum, 1983 and Reinganum, 1985 and Malueg and Tsutsui (1997) in Table 1. First, for the influence of production experiences, we extend the theoretical analyses of Reinganum's (1983) and show that the incumbent can keep its persistent leadership even when its optimal investment is less than those of the challengers. The realities of CPU competition mentioned before provided a good example. On the other hand, the persistent leadership is less likely to occur in an industry with low-tech entry barrier and hence with many challengers, as in the OPC industry mentioned before. This has been demonstrated in Theorem 2 and recorded in the last two cells of the last row of Table 1. This result constitutes a part of the new contributions of this paper.