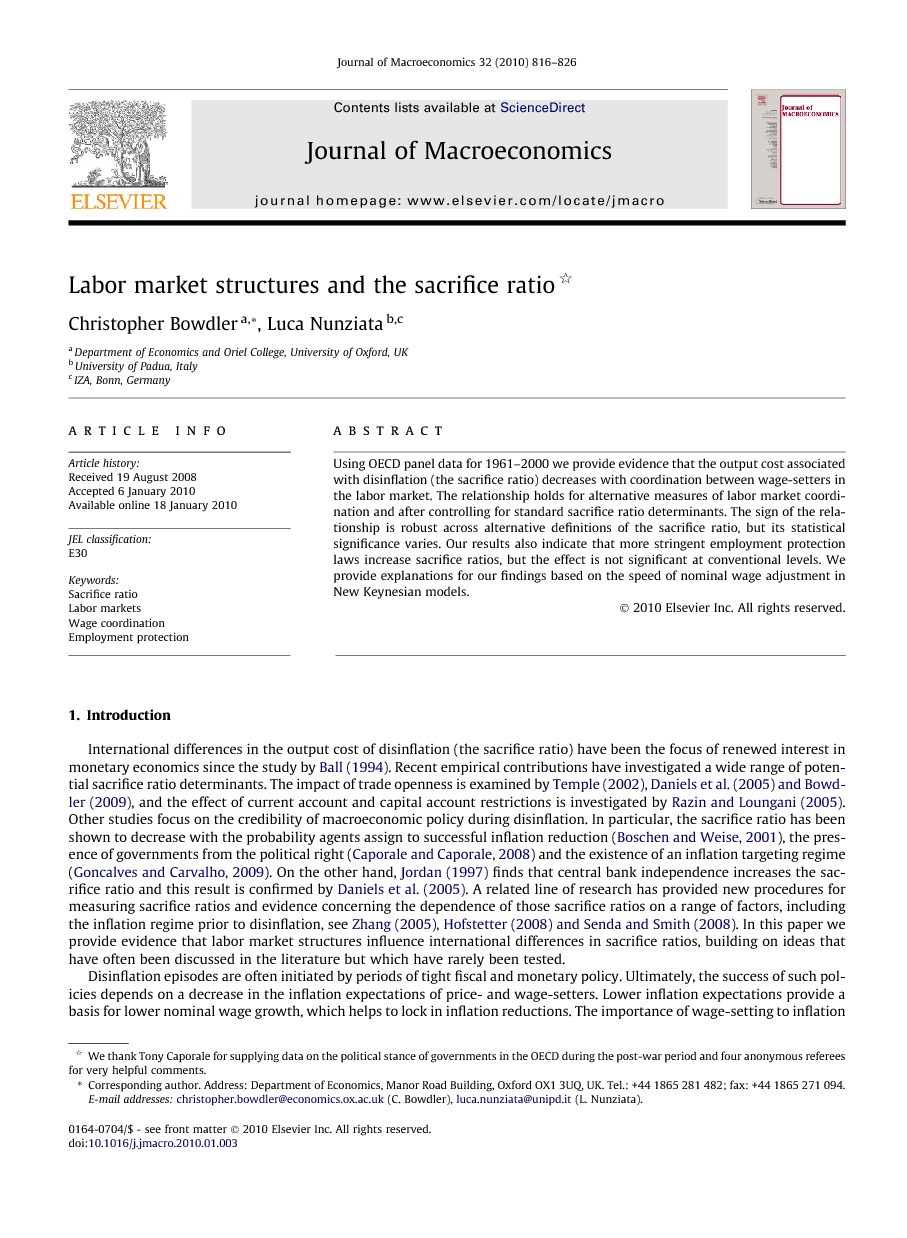 Using OECD panel data for 1961–2000 we provide evidence that the output cost associated with disinflation (the sacrifice ratio) decreases with coordination between wage-setters in the labor market. The relationship holds for alternative measures of labor market coordination and after controlling for standard sacrifice ratio determinants. The sign of the relationship is robust across alternative definitions of the sacrifice ratio, but its statistical significance varies. Our results also indicate that more stringent employment protection laws increase sacrifice ratios, but the effect is not significant at conventional levels. We provide explanations for our findings based on the speed of nominal wage adjustment in New Keynesian models.