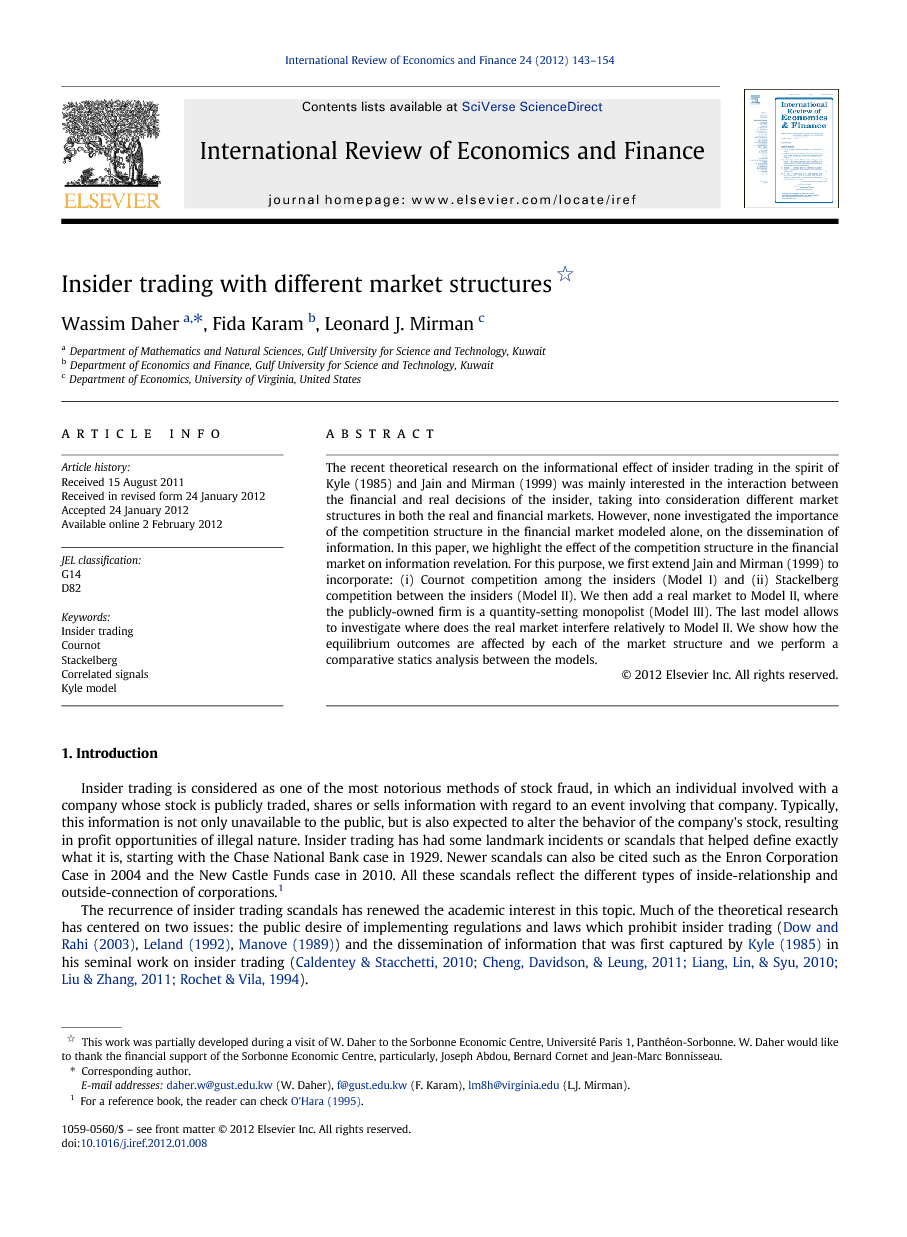 The recent theoretical research on the informational effect of insider trading in the spirit of Kyle (1985) and Jain and Mirman (1999) was mainly interested in the interaction between the financial and real decisions of the insider, taking into consideration different market structures in both the real and financial markets. However, none investigated the importance of the competition structure in the financial market modeled alone, on the dissemination of information. In this paper, we highlight the effect of the competition structure in the financial market on information revelation. For this purpose, we first extend Jain and Mirman (1999) to incorporate: (i) Cournot competition among the insiders (Model I) and (ii) Stackelberg competition between the insiders (Model II). We then add a real market to Model II, where the publicly-owned firm is a quantity-setting monopolist (Model III). The last model allows to investigate where does the real market interfere relatively to Model II. We show how the equilibrium outcomes are affected by each of the market structure and we perform a comparative statics analysis between the models.