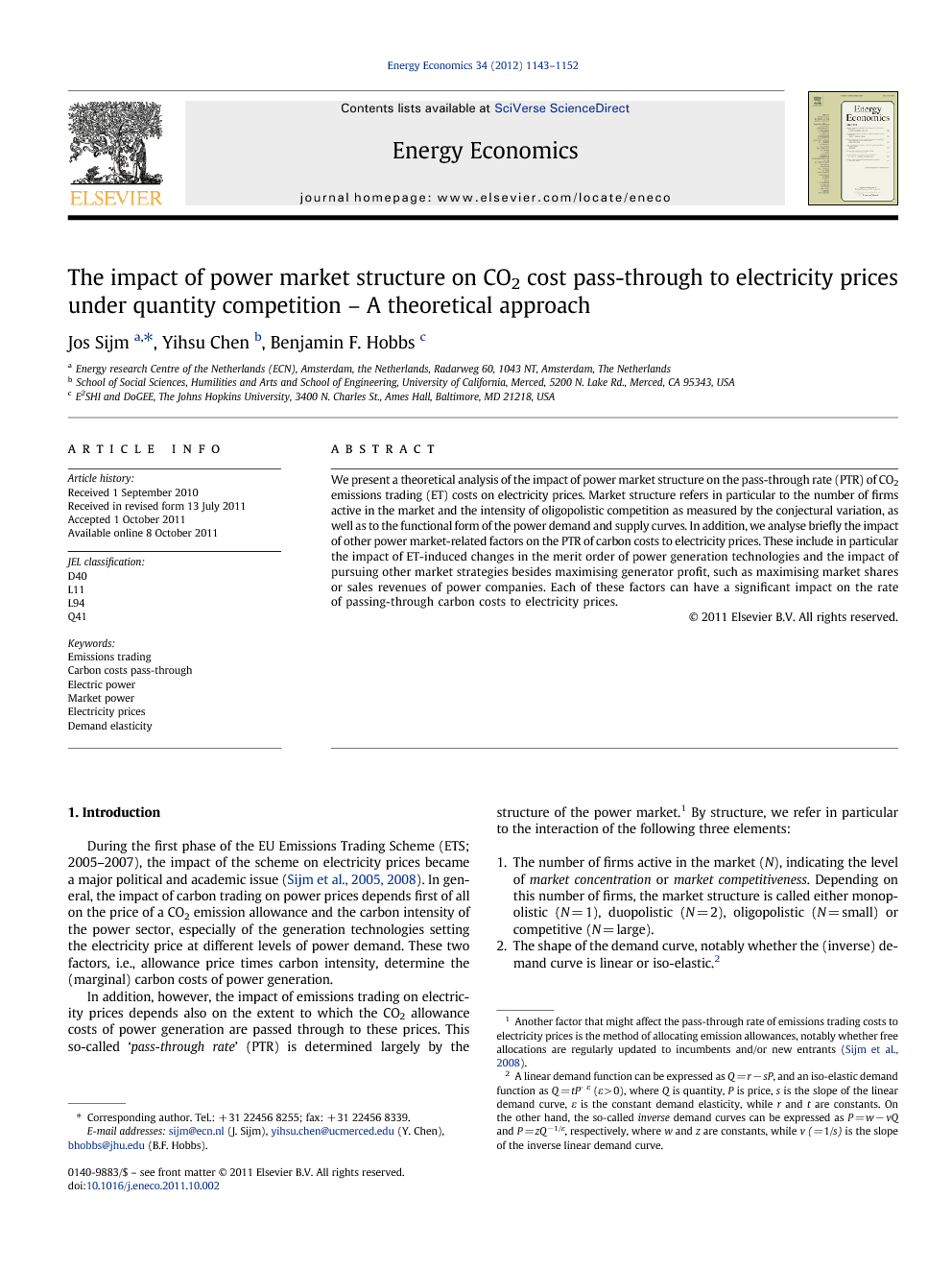 We present a theoretical analysis of the impact of power market structure on the pass-through rate (PTR) of CO2 emissions trading (ET) costs on electricity prices. Market structure refers in particular to the number of firms active in the market and the intensity of oligopolistic competition as measured by the conjectural variation, as well as to the functional form of the power demand and supply curves. In addition, we analyse briefly the impact of other power market-related factors on the PTR of carbon costs to electricity prices. These include in particular the impact of ET-induced changes in the merit order of power generation technologies and the impact of pursuing other market strategies besides maximising generator profit, such as maximising market shares or sales revenues of power companies. Each of these factors can have a significant impact on the rate of passing-through carbon costs to electricity prices.