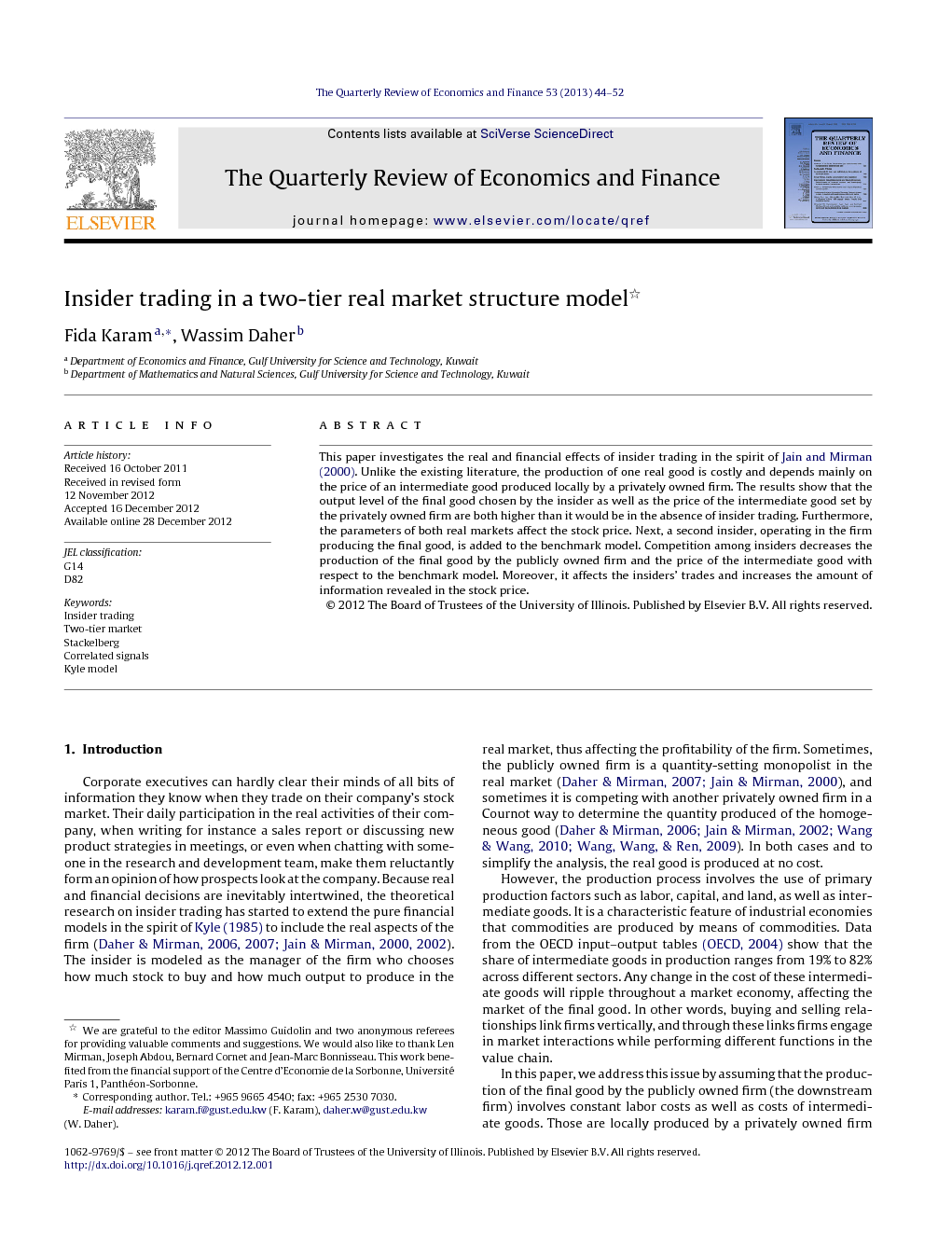 This paper investigates the real and financial effects of insider trading in the spirit of Jain and Mirman (2000). Unlike the existing literature, the production of one real good is costly and depends mainly on the price of an intermediate good produced locally by a privately owned firm. The results show that the output level of the final good chosen by the insider as well as the price of the intermediate good set by the privately owned firm are both higher than it would be in the absence of insider trading. Furthermore, the parameters of both real markets affect the stock price. Next, a second insider, operating in the firm producing the final good, is added to the benchmark model. Competition among insiders decreases the production of the final good by the publicly owned firm and the price of the intermediate good with respect to the benchmark model. Moreover, it affects the insiders’ trades and increases the amount of information revealed in the stock price.