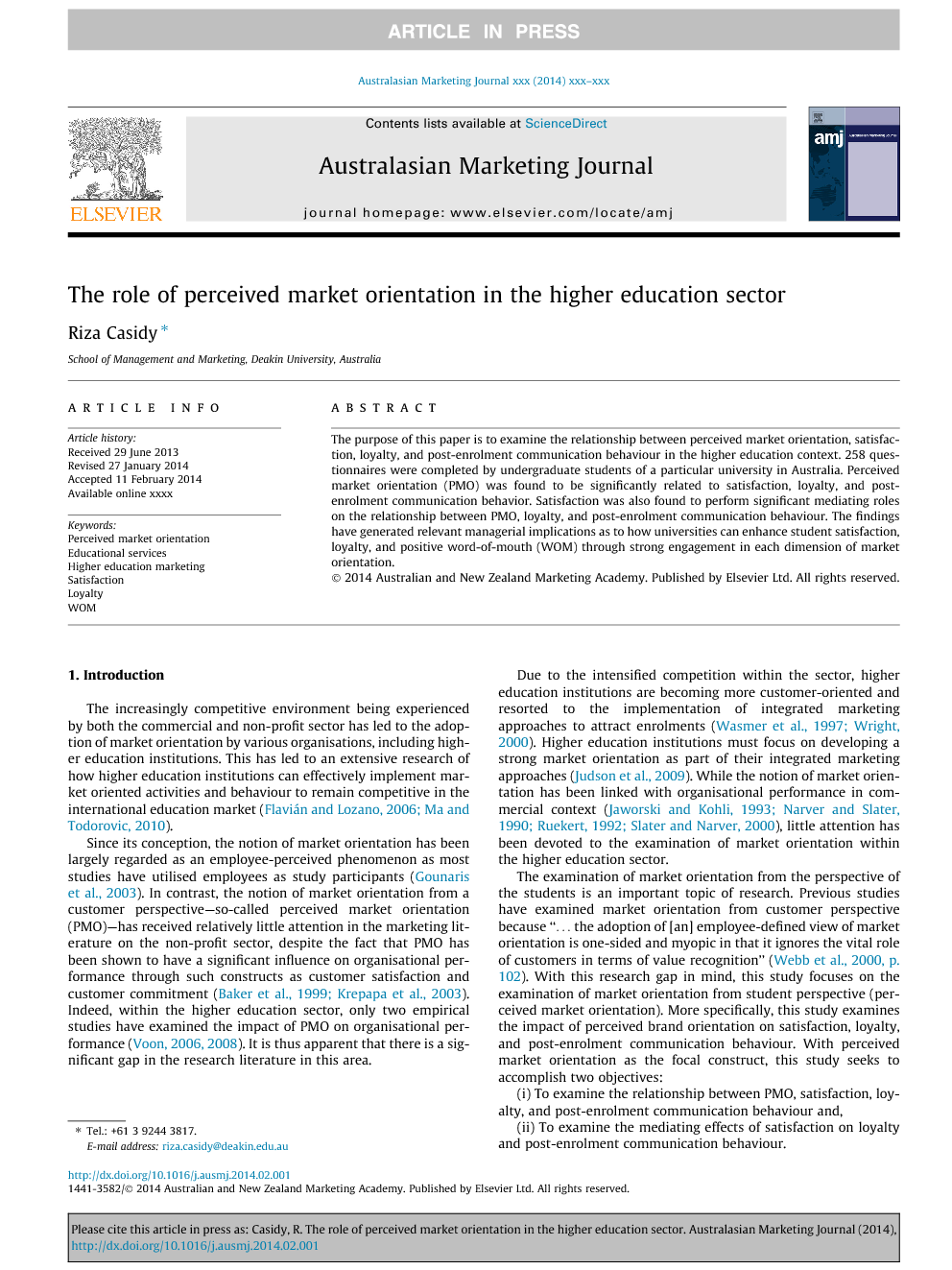 With the limited number of studies on perceived market orientation within the higher education sector, this study has provided significant theoretical and managerial implications for higher education institutions to enhance student satisfaction, loyalty, and post-enrolment communication behaviour. Consistent with the results of this study, universities and other education providers alike should strive to engage in market-oriented activities to remain competitive in the increasingly competitive education environment. It is expected that this study would encourage further research in this important topic.