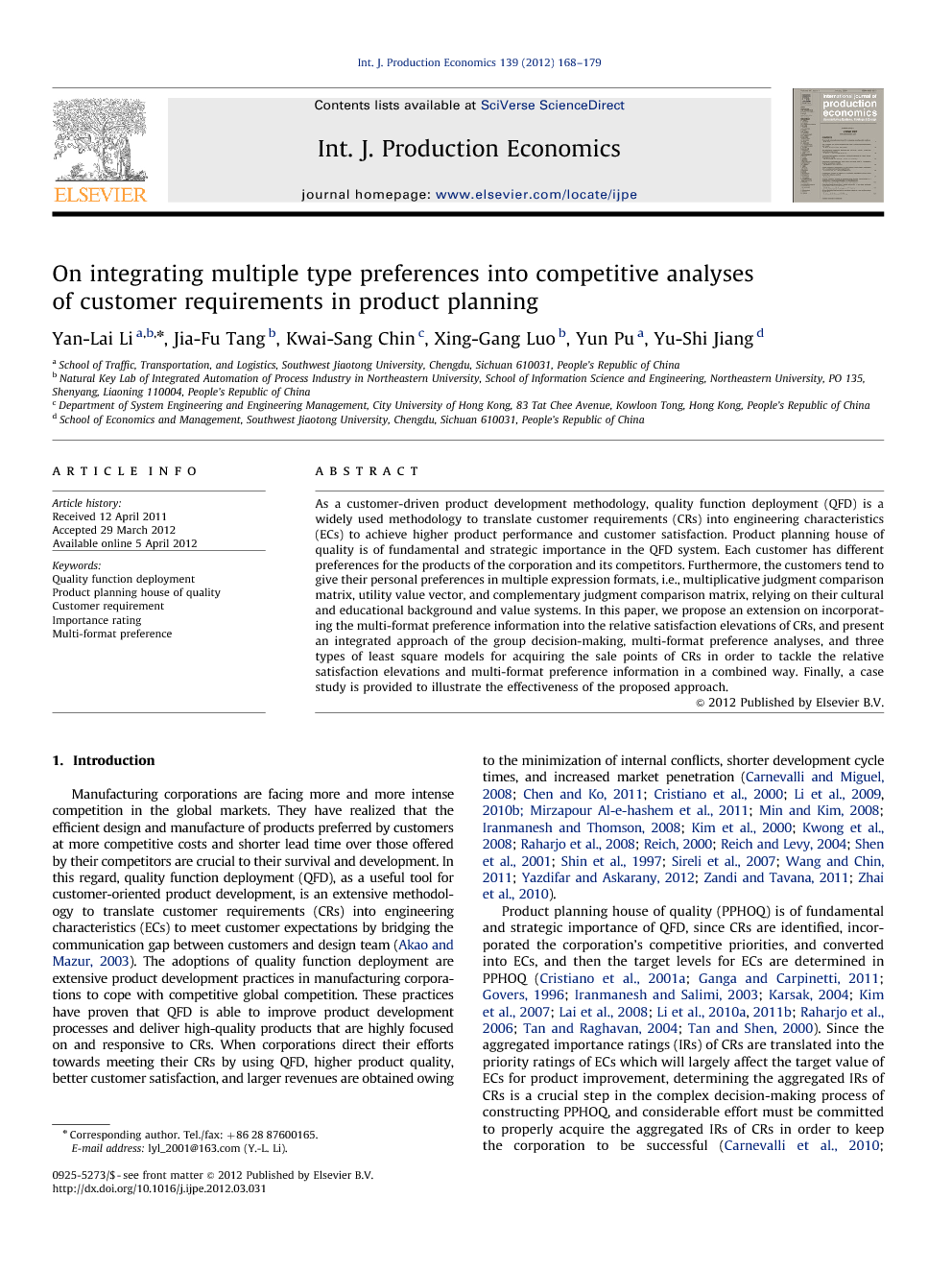 As a customer-driven product development methodology, quality function deployment (QFD) is a widely used methodology to translate customer requirements (CRs) into engineering characteristics (ECs) to achieve higher product performance and customer satisfaction. Product planning house of quality is of fundamental and strategic importance in the QFD system. Each customer has different preferences for the products of the corporation and its competitors. Furthermore, the customers tend to give their personal preferences in multiple expression formats, i.e., multiplicative judgment comparison matrix, utility value vector, and complementary judgment comparison matrix, relying on their cultural and educational background and value systems. In this paper, we propose an extension on incorporating the multi-format preference information into the relative satisfaction elevations of CRs, and present an integrated approach of the group decision-making, multi-format preference analyses, and three types of least square models for acquiring the sale points of CRs in order to tackle the relative satisfaction elevations and multi-format preference information in a combined way. Finally, a case study is provided to illustrate the effectiveness of the proposed approach.