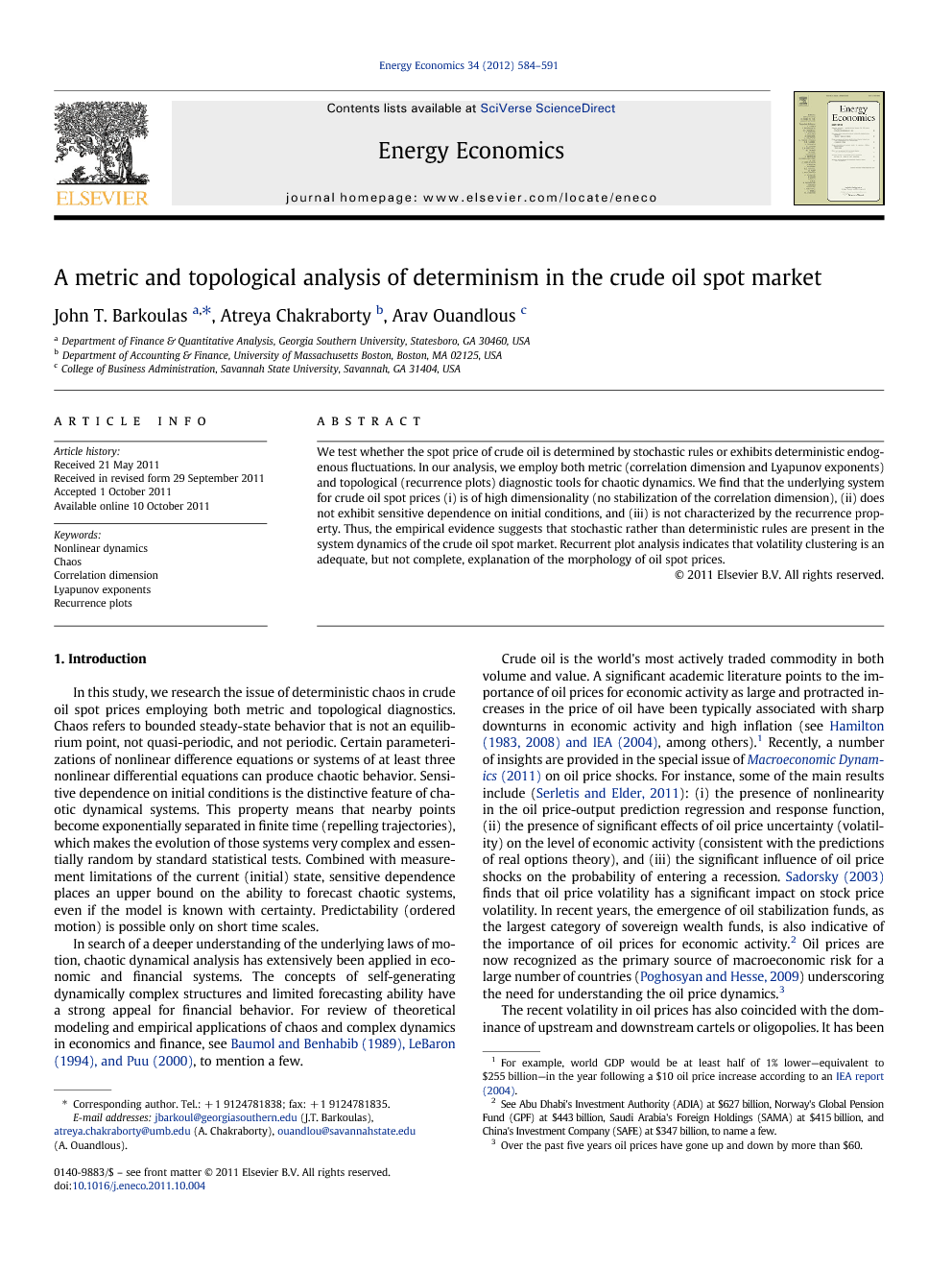 We test whether the spot price of crude oil is determined by stochastic rules or exhibits deterministic endogenous fluctuations. In our analysis, we employ both metric (correlation dimension and Lyapunov exponents) and topological (recurrence plots) diagnostic tools for chaotic dynamics. We find that the underlying system for crude oil spot prices (i) is of high dimensionality (no stabilization of the correlation dimension), (ii) does not exhibit sensitive dependence on initial conditions, and (iii) is not characterized by the recurrence property. Thus, the empirical evidence suggests that stochastic rather than deterministic rules are present in the system dynamics of the crude oil spot market. Recurrent plot analysis indicates that volatility clustering is an adequate, but not complete, explanation of the morphology of oil spot prices.

In this study we test for the presence of a chaotic attractor in the crude oil spot market by applying both metric and topological methodologies. Previous studies have considered only metric-based tests for chaotic behavior. The evidence suggests that there is no significant chaotic component in oil prices as measured by the three indications of chaos. Specifically, the underlying system is of high dimensionality (no stabilization of the correlation dimension), does not exhibit sensitive dependence on initial conditions, and is not characterized by recurrent states typical of deterministic nonlinear structures. Recurrence plot analysis of GARCH-filtered oil returns suggests that volatility clustering is a fairly adequate, but not complete, characterization of the nature of the evolving system in the crude oil spot market.