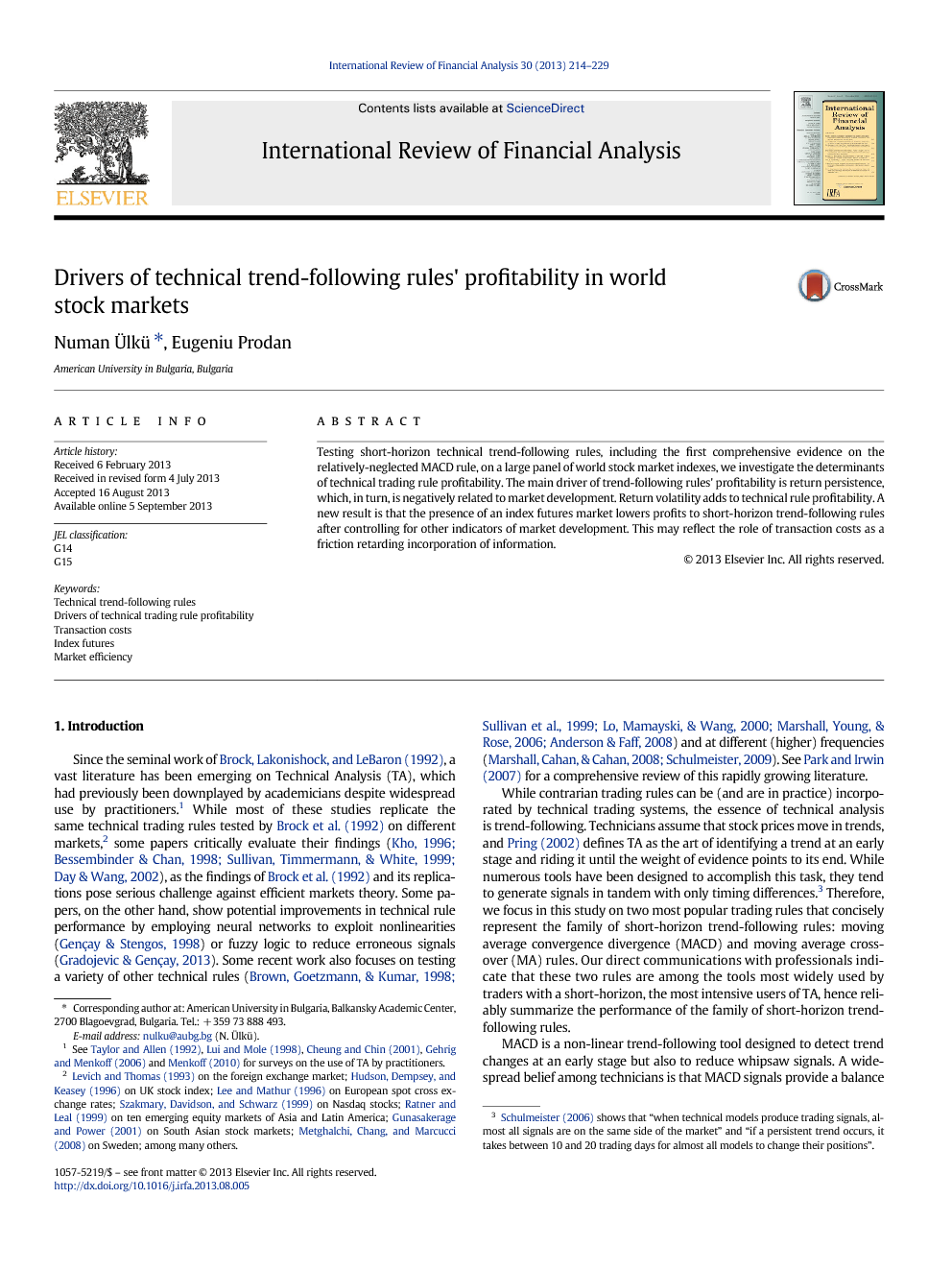 Testing short-horizon technical trend-following rules, including the first comprehensive evidence on the relatively-neglected MACD rule, on a large panel of world stock market indexes, we investigate the determinants of technical trading rule profitability. The main driver of trend-following rules' profitability is return persistence, which, in turn, is negatively related to market development. Return volatility adds to technical rule profitability. A new result is that the presence of an index futures market lowers profits to short-horizon trend-following rules after controlling for other indicators of market development. This may reflect the role of transaction costs as a friction retarding incorporation of information.