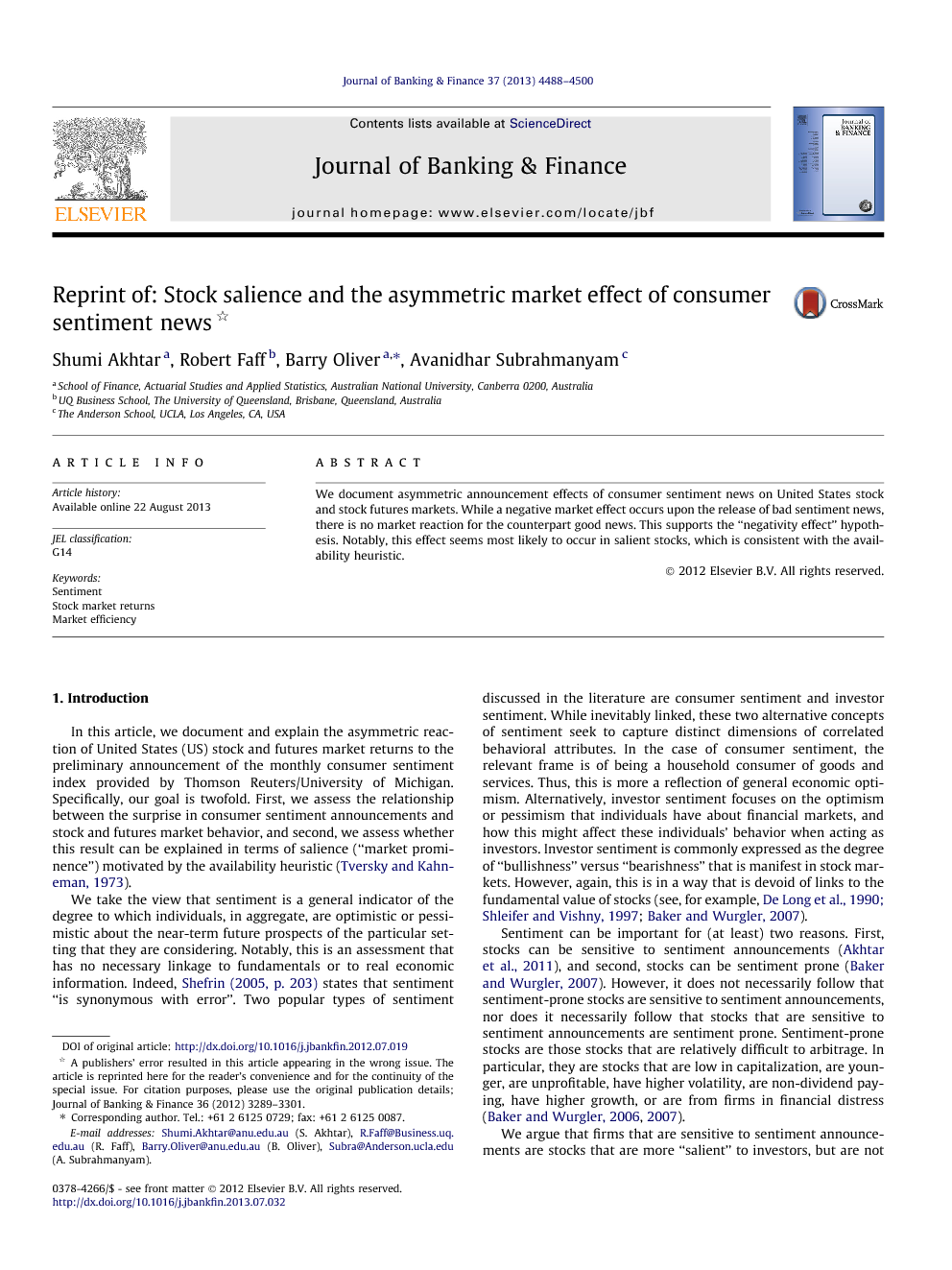 We document asymmetric announcement effects of consumer sentiment news on United States stock and stock futures markets. While a negative market effect occurs upon the release of bad sentiment news, there is no market reaction for the counterpart good news. This supports the “negativity effect” hypothesis. Notably, this effect seems most likely to occur in salient stocks, which is consistent with the availability heuristic.

We document a negativity effect in US stock and futures market returns relating to the preliminary announcement of the consumer sentiment index issued by the Thomson Reuters/University of Michigan. Specifically, when a consumer sentiment index is announced that is lower than the previous month, the DJ index and its corresponding futures contract suffer a significant negative announcement day effect. The stock market recovers from this shock post-announcement. However, when a consumer sentiment index is announced that is higher than the previous month, there is no significant effect on the DJ index or the DJ futures contract. We find that negativity effects are more evident in firms that have greater salience or public exposure. We posit that this is due to investors using the availability heuristic. We confirm this through tests on portfolios of high and low salience, as proxied by the number of analyst recommendations. Our findings survive robustness checks and sensitivity analyses. Most notably, we document robustness to the inclusion of extra controls for daily share turnover, autocorrelation, monthly seasonals, and changes in Baker and Wurgler (2007) sentiment into our model. We also include the effect of outliers, stock run-up just prior to sentiment announcements, alternative modeling of sentiment news, competing news effects, potential industry drivers, and general business conditions. Our research and the literature to which it belongs show that sentiment and, in particular, sentiment announcements are an important aspect of stock price movements. Of particular note in our work is the documentation of an interesting asymmetric effect that attaches to the short-term effect of sentiment news. In addition to sentiment and sentiment announcements, the uneven manner in which markets react to information more broadly provides interesting avenues for future research.