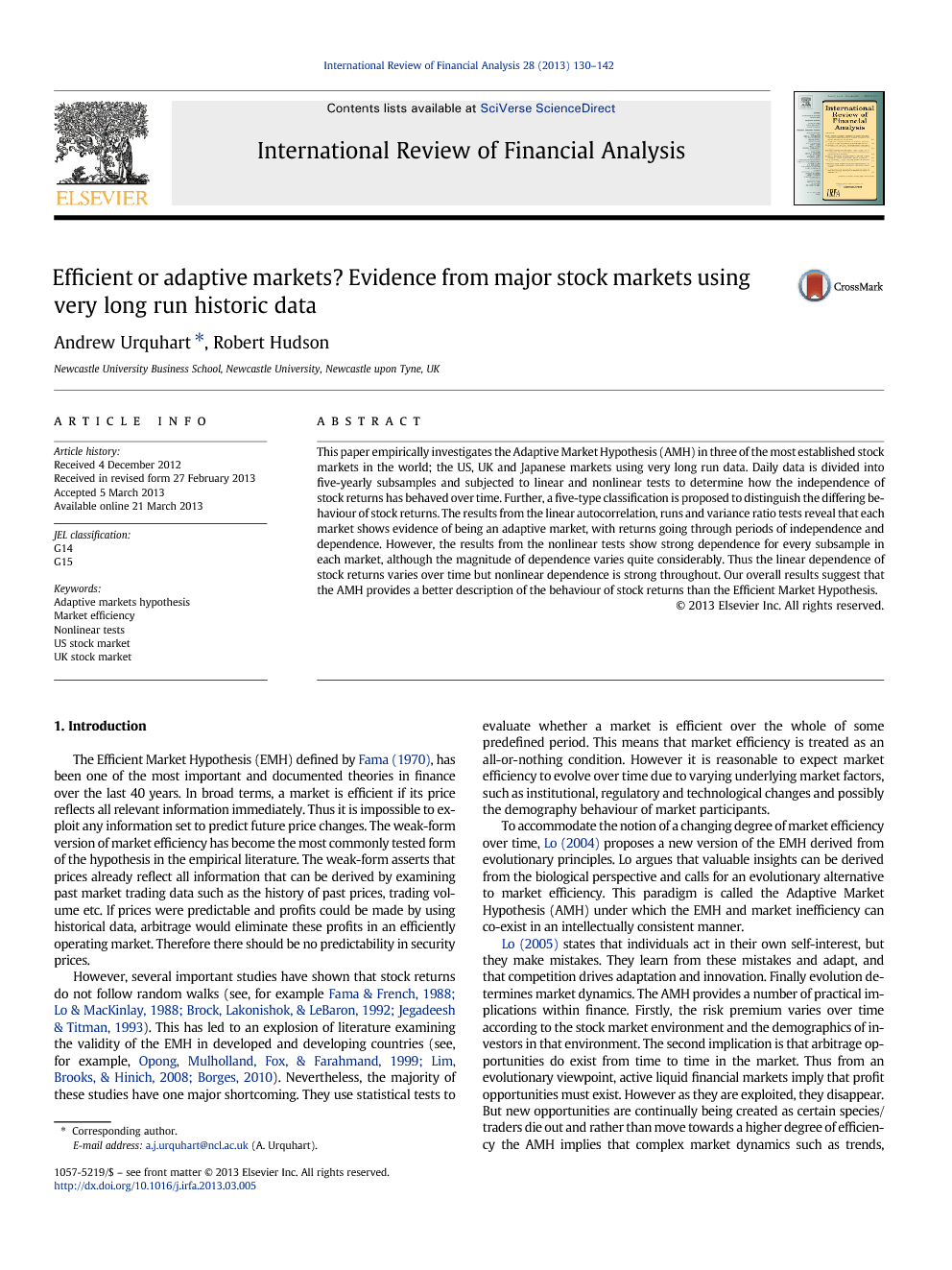 This paper empirically investigates the Adaptive Market Hypothesis (AMH) in three of the most established stock markets in the world; the US, UK and Japanese markets using very long run data. Daily data is divided into five-yearly subsamples and subjected to linear and nonlinear tests to determine how the independence of stock returns has behaved over time. Further, a five-type classification is proposed to distinguish the differing behaviour of stock returns. The results from the linear autocorrelation, runs and variance ratio tests reveal that each market shows evidence of being an adaptive market, with returns going through periods of independence and dependence. However, the results from the nonlinear tests show strong dependence for every subsample in each market, although the magnitude of dependence varies quite considerably. Thus the linear dependence of stock returns varies over time but nonlinear dependence is strong throughout. Our overall results suggest that the AMH provides a better description of the behaviour of stock returns than the Efficient Market Hypothesis.

This paper has tested the Adaptive Market Hypothesis using very long run historic data for the US, UK and Japanese stock markets using a fixed subsample size of five years. Table 5 provides a summary of the results for the tests conducted. The autocorrelation test and the runs test for the DJIA show that returns have gone through periods of independence and dependence, providing evidence consistent with the AMH. Further, the variance ratio test also shows that the DJIA has gone through periods of dependence and independence, again advocating the AMH. Thus the linear DJIA results suggest that the US market is adaptive, although the tests disagree in relation to which subsamples are efficient and inefficient. The FT30 results show mixed evidence with the autocorrelation and variance ratio tests providing strong evidence of the AMH, however the nonparametric runs test provides evidence consistent with a switch to efficiency. This could be evidence of the AMH, but at this point can only be deemed as a switch to efficiency. If the efficiency had moved through 3 different stages of efficiency it could have been deemed adaptive. All three linear tests for the TOPIX suggest that the market is adaptive, but similarly to the DJIA results, the different tests disagree in relation to which subsamples are efficient and inefficient.