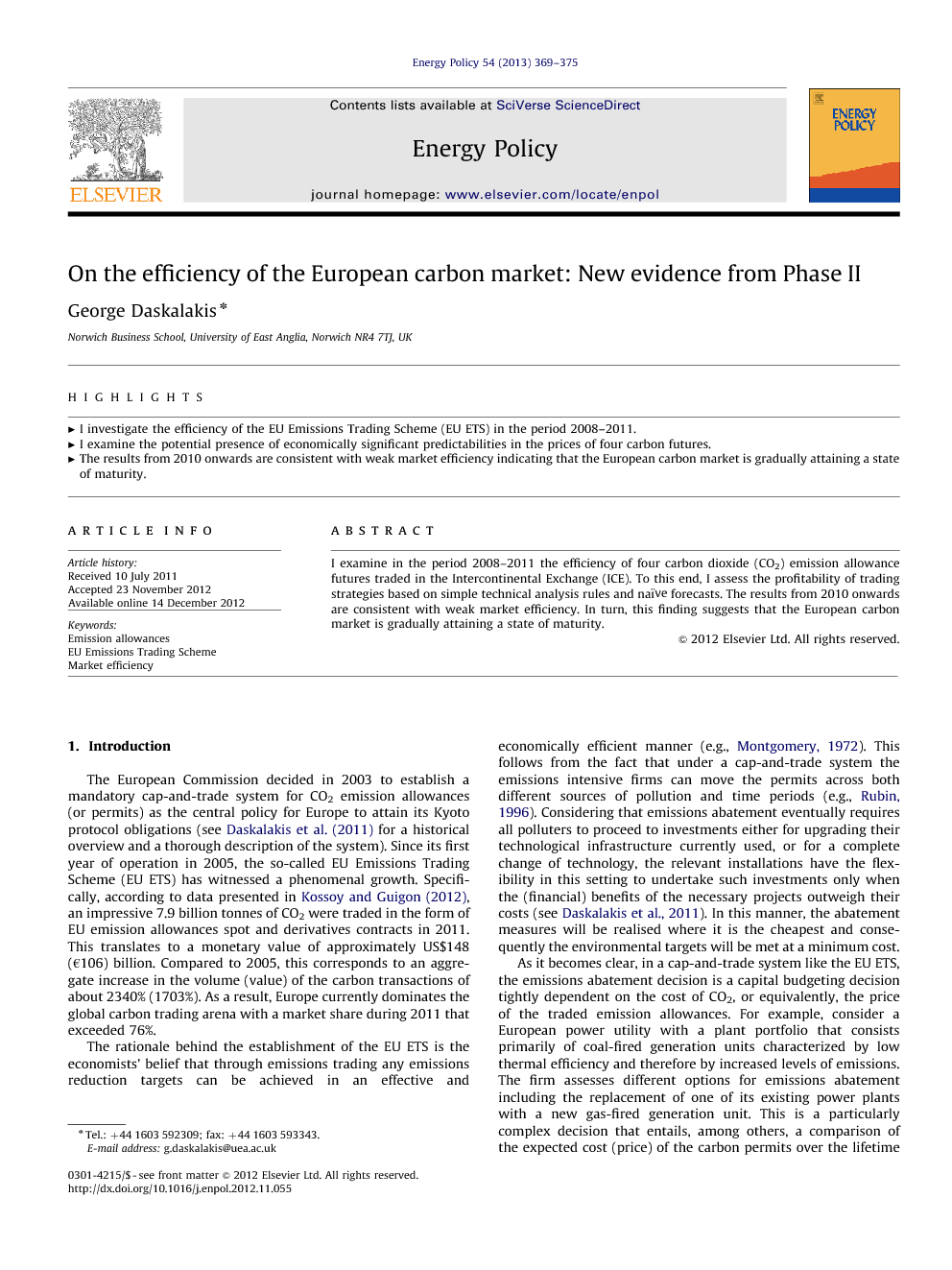 I examine in the period 2008–2011 the efficiency of four carbon dioxide (CO2) emission allowance futures traded in the Intercontinental Exchange (ICE). To this end, I assess the profitability of trading strategies based on simple technical analysis rules and naïve forecasts. The results from 2010 onwards are consistent with weak market efficiency. In turn, this finding suggests that the European carbon market is gradually attaining a state of maturity.

The purpose of this paper is to investigate the efficiency of the European carbon market in the current Phase II of its operation. This task is undertaken by examining the potential presence of economically significant predictabilities in the prices of four carbon futures. The results suggest that in the period 2008–2009, simple technical analysis rules could have been used to consistently generate substantial risk-adjusted positive returns. However, from 2010 onwards the EU ETS shows signs of market efficiency and maturity. Indirectly, this indicates the success of the revisions adopted in Phase II of the scheme in boosting market confidence and attracting the highly sought-after liquidity. These findings are particularly important not only for the emission intensive firms, but also for a wide range of other market stakeholders, including, carbon traders, funds, speculators and policy makers.