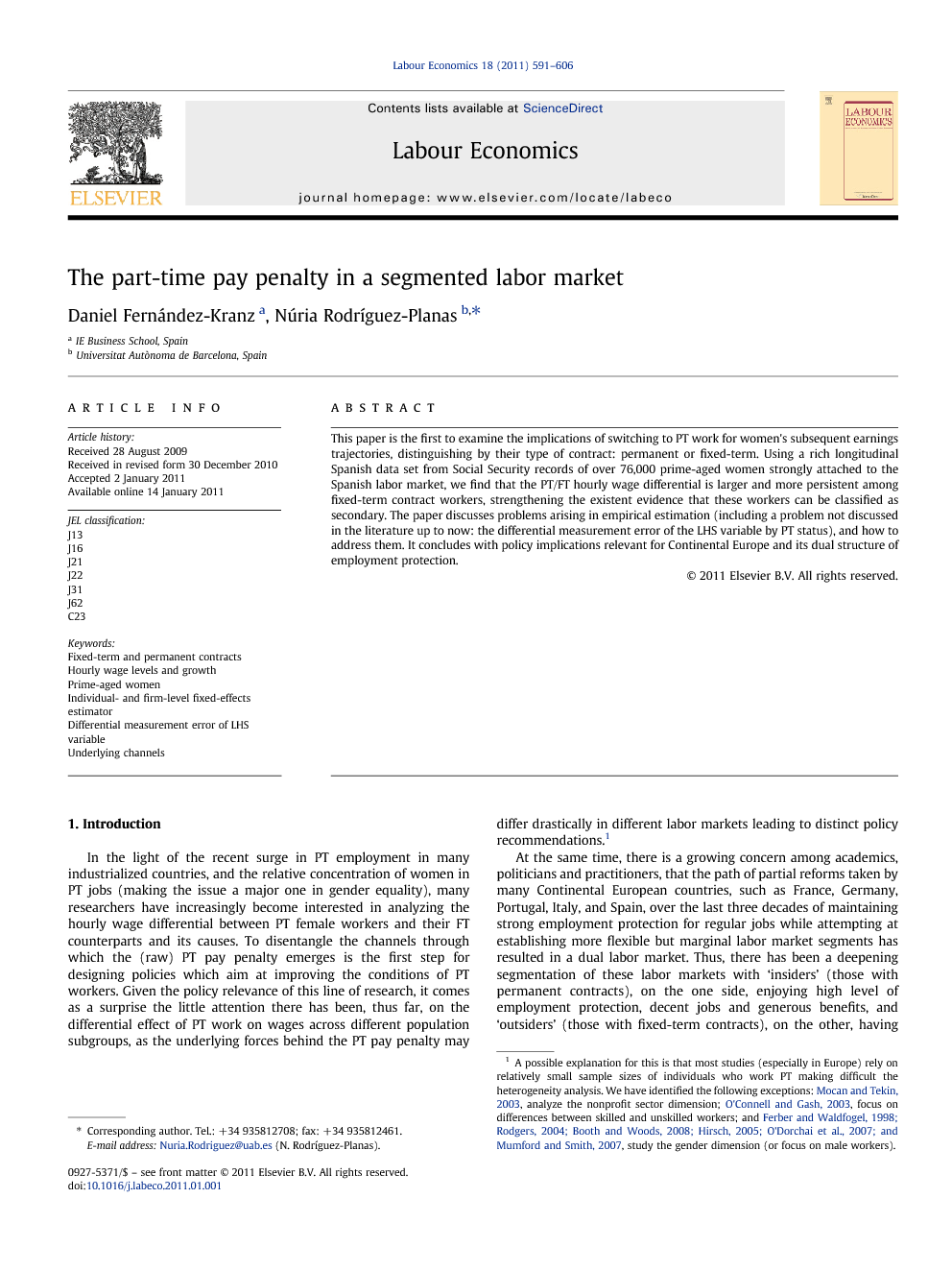 This paper is the first to examine the implications of switching to PT work for women's subsequent earnings trajectories, distinguishing by their type of contract: permanent or fixed-term. Using a rich longitudinal Spanish data set from Social Security records of over 76,000 prime-aged women strongly attached to the Spanish labor market, we find that the PT/FT hourly wage differential is larger and more persistent among fixed-term contract workers, strengthening the existent evidence that these workers can be classified as secondary. The paper discusses problems arising in empirical estimation (including a problem not discussed in the literature up to now: the differential measurement error of the LHS variable by PT status), and how to address them. It concludes with policy implications relevant for Continental Europe and its dual structure of employment protection.