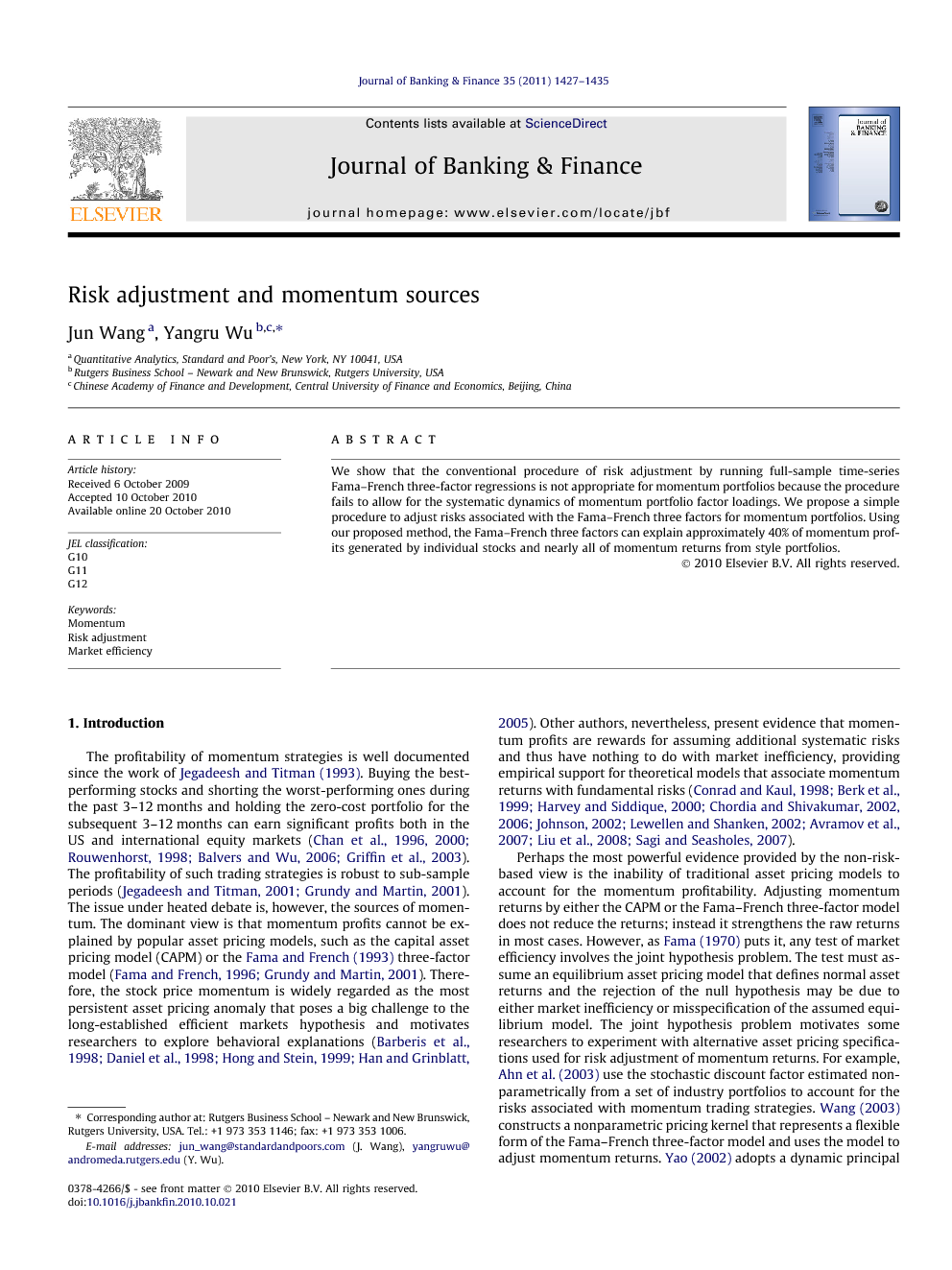 There is considerable evidence of momentum in stock returns and some portfolio returns. The leading view in the literature is that momentum profits are driven by firm-specific component of stock returns. This view is typically corroborated by results from conventional risk adjustments using the CAPM or the Fama–French three factor time-series regressions, which indicate that the winning portfolios are no riskier than the losing portfolios and that the risk-adjusted momentum returns remain significant and are even higher than the raw returns. This piece of evidence is often cited as suggesting the non-risk-based explanations of momentum effect. We call into question the dominant view on the momentum sources by first pointing out a flaw in the conventional full-sample time-series regressions commonly used for risk adjustments of momentum returns. We find that the Fama–French three factor loadings for the winner-loser momentum portfolios are time-varying, or more precisely, they are positively correlated with the contemporaneous corresponding factor premia. This regularity challenges the use of conventional unconditional Fama–French three factor time-series regressions in risk adjustment of momentum portfolios in that the model is only valid on the basis of constant factor loadings. To correct for this flaw, we propose an alternative risk adjustment procedure, which is still based on the linear Fama–French three-factor model but risk adjustments are made at the level of the individual stocks that are the component assets of the momentum portfolios. We find that risk-adjusted momentum returns obtained this way decline substantially compared with the raw returns, although most of them still remain statistically significant. We report that, on average, about 34% of the raw momentum returns can be accounted for by the Fama–French three-factor model. We also examine the sources associated with the profitability of style momentum strategies. We find that, using our risk adjustment procedure, style momentum profits for the size and book-to-market sorted portfolios can be nearly fully explained away by the Fama–French three-factor model, while a large portion of industry momentum profits is left unexplained by the model.