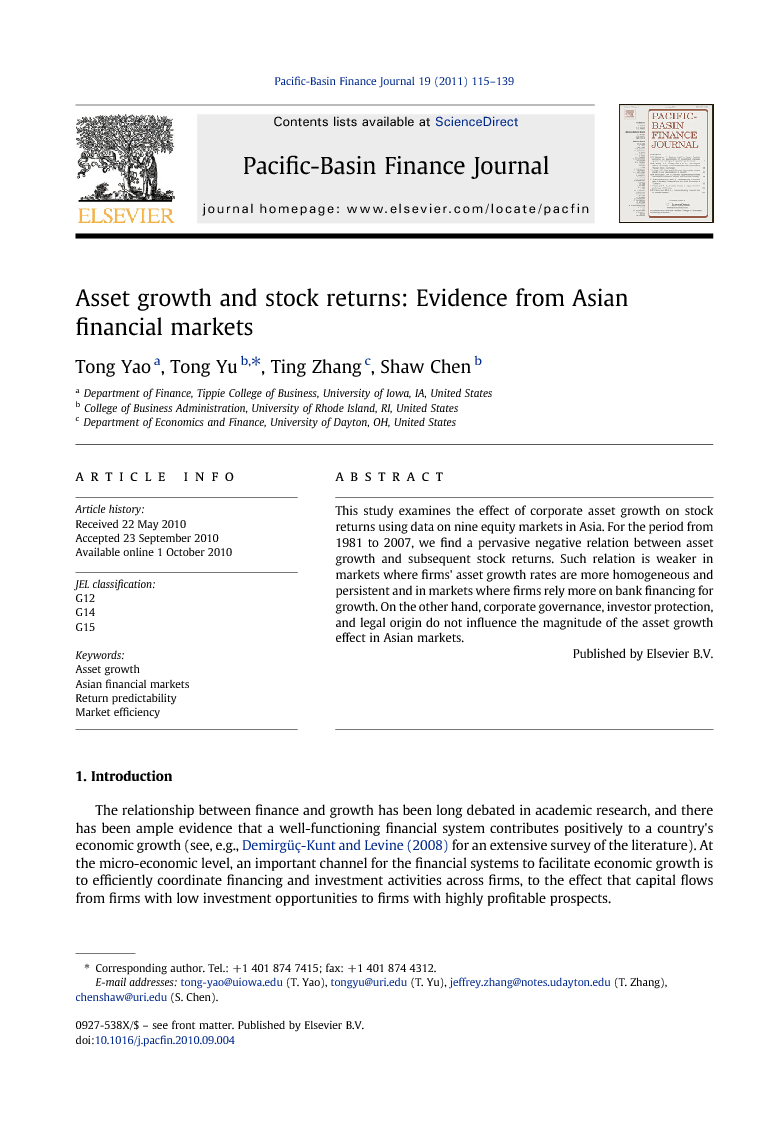 This study examines the effect of corporate asset growth on stock returns using data on nine equity markets in Asia. For the period from 1981 to 2007, we find a pervasive negative relation between asset growth and subsequent stock returns. Such relation is weaker in markets where firms' asset growth rates are more homogeneous and persistent and in markets where firms rely more on bank financing for growth. On the other hand, corporate governance, investor protection, and legal origin do not influence the magnitude of the asset growth effect in Asian markets.

Using nine Asian financial markets as an out-of-sample laboratory for examining the asset growth anomaly, we report a weaker, but pervasive and negative relation between asset growth and future stock returns. This finding suggests the presence of significant inefficiencies in the region's financial system in terms of allocating financial resources across firms and in terms of valuing investment opportunities. In the exploration of relative magnitude of asset growth anomaly effects in Asian and the U.S. markets, we find that homogeneity of asset growth and its components may alleviate the anomaly effect. We also find some supportive, although not conclusive, evidence that there is less overinvestment behavior in the Asian region. The most relevant factors for explaining the differential asset growth effect turn out to be the characteristics of the financial systems — the dominance of banking system in the region significantly weakens the negative correlation between asset growth and subsequent stock returns. This could be due to either an effective monitoring role banks play, or firms' under-investment typically observed in bank-based financial systems.