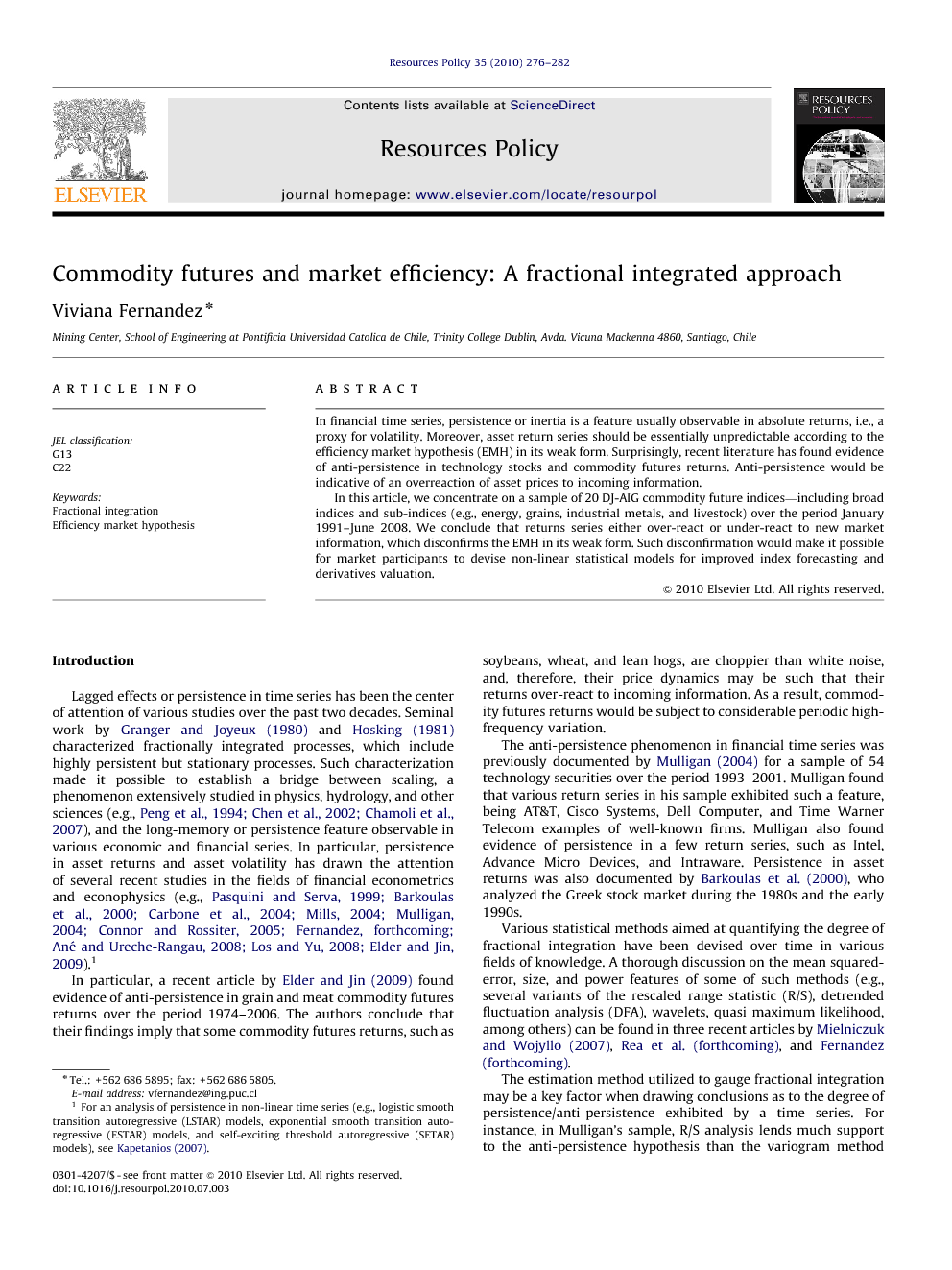 In financial time series, persistence or inertia is a feature usually observable in absolute returns, i.e., a proxy for volatility. Moreover, asset return series should be essentially unpredictable according to the efficiency market hypothesis (EMH) in its weak form. Surprisingly, recent literature has found evidence of anti-persistence in technology stocks and commodity futures returns. Anti-persistence would be indicative of an overreaction of asset prices to incoming information. In this article, we concentrate on a sample of 20 DJ-AIG commodity future indices—including broad indices and sub-indices (e.g., energy, grains, industrial metals, and livestock) over the period January 1991–June 2008. We conclude that returns series either over-react or under-react to new market information, which disconfirms the EMH in its weak form. Such disconfirmation would make it possible for market participants to devise non-linear statistical models for improved index forecasting and derivatives valuation.

In this article, we concentrated on five alternative methods to quantify long-memory—wavelets, Geweke and Porter-Hudak’s semi-parametric method, the periodogram regression-based method (ordinary least squares and least absolute deviations), and quasi maximum likelihood. We obtained a rolling estimator of fractional integration for each estimation method, and concentrated on a sample of 20 DJ-AIG commodity indices—including broad indexes and sub-indexes over the period January 1991–June 2008. We concluded that absolute returns tend to be highly persistent over time. However, we found that returns series may exhibit either anti-persistence or persistence over the sample period, which disconfirms the EMH in its weak form. For instance, four out of the five estimation methods support the existence of anti-persistence in the broad categories of precious metals. On the other hand, the five methods agree upon the anti-persistence of returns on the gold and silver sub-indexes, while they all support the existence of persistence in natural gas, lean hogs, and corn returns. The above findings indicate that economic agents are incapable of efficiently pricing some commodity indexes. Invalidation of the EMH in its weak form would make it possible for market participants to come up with non-linear statistical models for improved index forecasting and derivatives valuation.