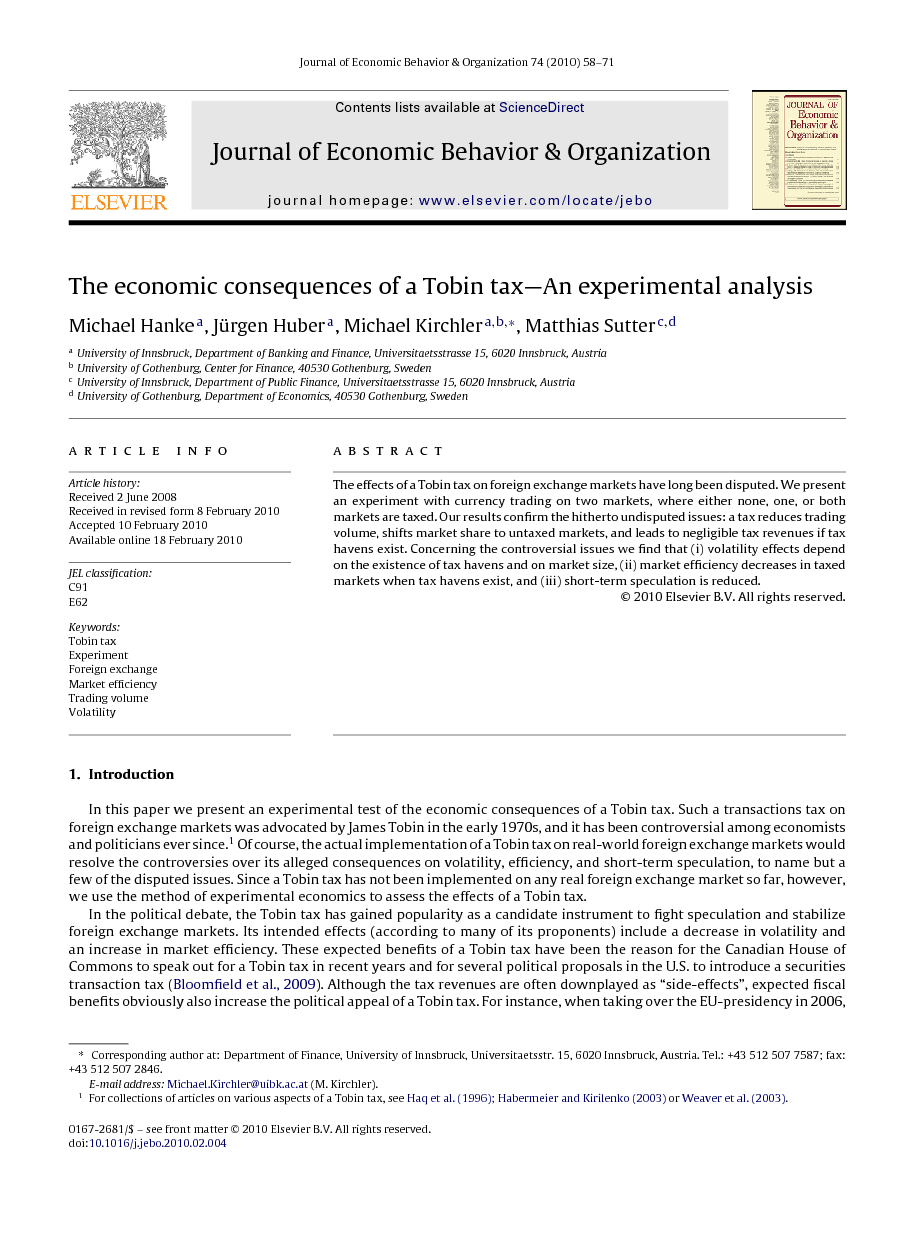 The effects of a Tobin tax on foreign exchange markets have long been disputed. We present an experiment with currency trading on two markets, where either none, one, or both markets are taxed. Our results confirm the hitherto undisputed issues: a tax reduces trading volume, shifts market share to untaxed markets, and leads to negligible tax revenues if tax havens exist. Concerning the controversial issues we find that (i) volatility effects depend on the existence of tax havens and on market size, (ii) market efficiency decreases in taxed markets when tax havens exist, and (iii) short-term speculation is reduced.