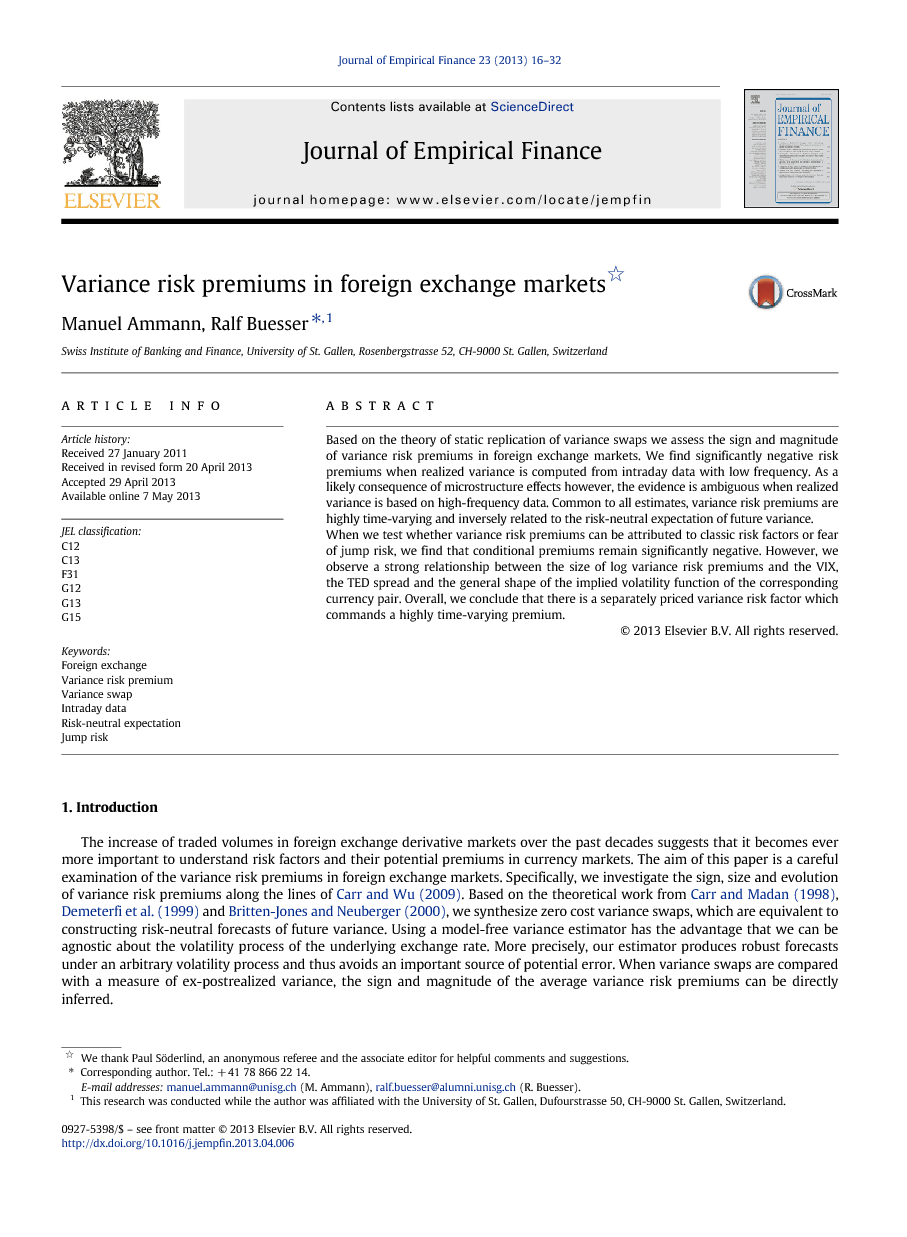 Based on the theory of static replication of variance swaps, we have constructed risk-neutral estimates of future variance and assessed the sign and magnitude of variance risk premiums in foreign exchange markets. When realized variance is computed from data with a low sampling frequency, there is robust evidence of negative average variance risk premiums for both a pre-crisis sample and the full sample from January 2003 to August 2009. Evidence is ambiguous when realized variance is obtained from 5-minute interval data, which can likely be attributed to microstructure effects. Common to all estimates and currency pairs examined, variance risk premiums are highly time-varying and inversely linked to the risk-neutral expectation of future variance. Thus, whenever market participants are concerned about a rise in variance, they are willing to pay an extra premium to hedge away the corresponding risk. In an effort to enhance our understanding of variance risk premiums in currency markets, we have assessed the roles of commonly priced risk factors and fear of jump risk. We report a robust link between variance risk premiums and the VIX, the TED spread and the general shape of the implied volatility function of the corresponding currency pair. For some biproducts, the latter explains a considerable fraction of the time variation in variance risk premiums. However, the conditional premiums remain significantly negative. Therefore, premiums associated with variance swaps are likely to be the result of a distinct variance risk factor. This conjecture stands in contrast with the evidence from equity markets, where the fear of downside risk plays a significant role.