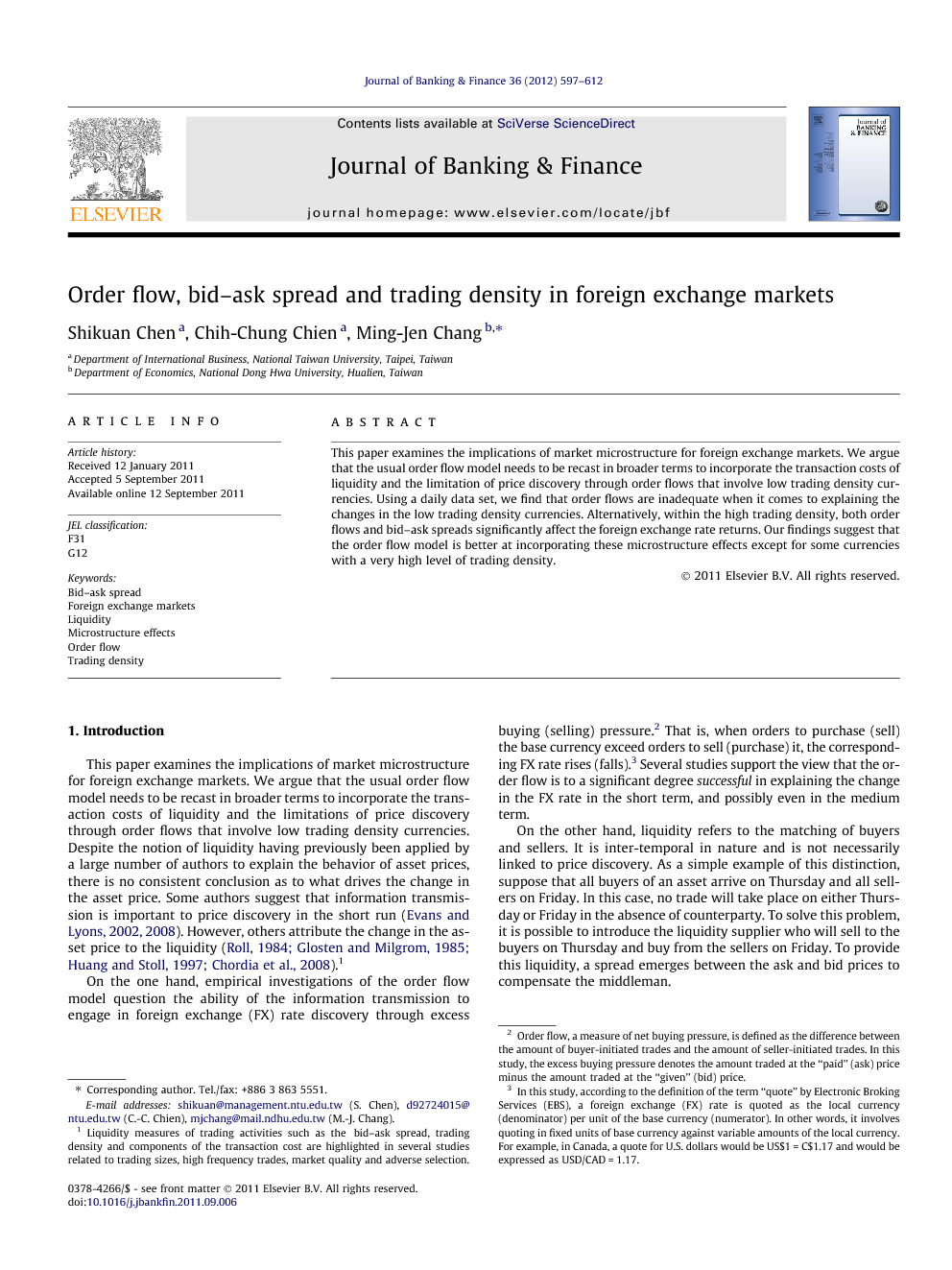 This paper examines the implications of market microstructure for foreign exchange markets. We argue that the usual order flow model needs to be recast in broader terms to incorporate the transaction costs of liquidity and the limitation of price discovery through order flows that involve low trading density currencies. Using a daily data set, we find that order flows are inadequate when it comes to explaining the changes in the low trading density currencies. Alternatively, within the high trading density, both order flows and bid–ask spreads significantly affect the foreign exchange rate returns. Our findings suggest that the order flow model is better at incorporating these microstructure effects except for some currencies with a very high level of trading density.