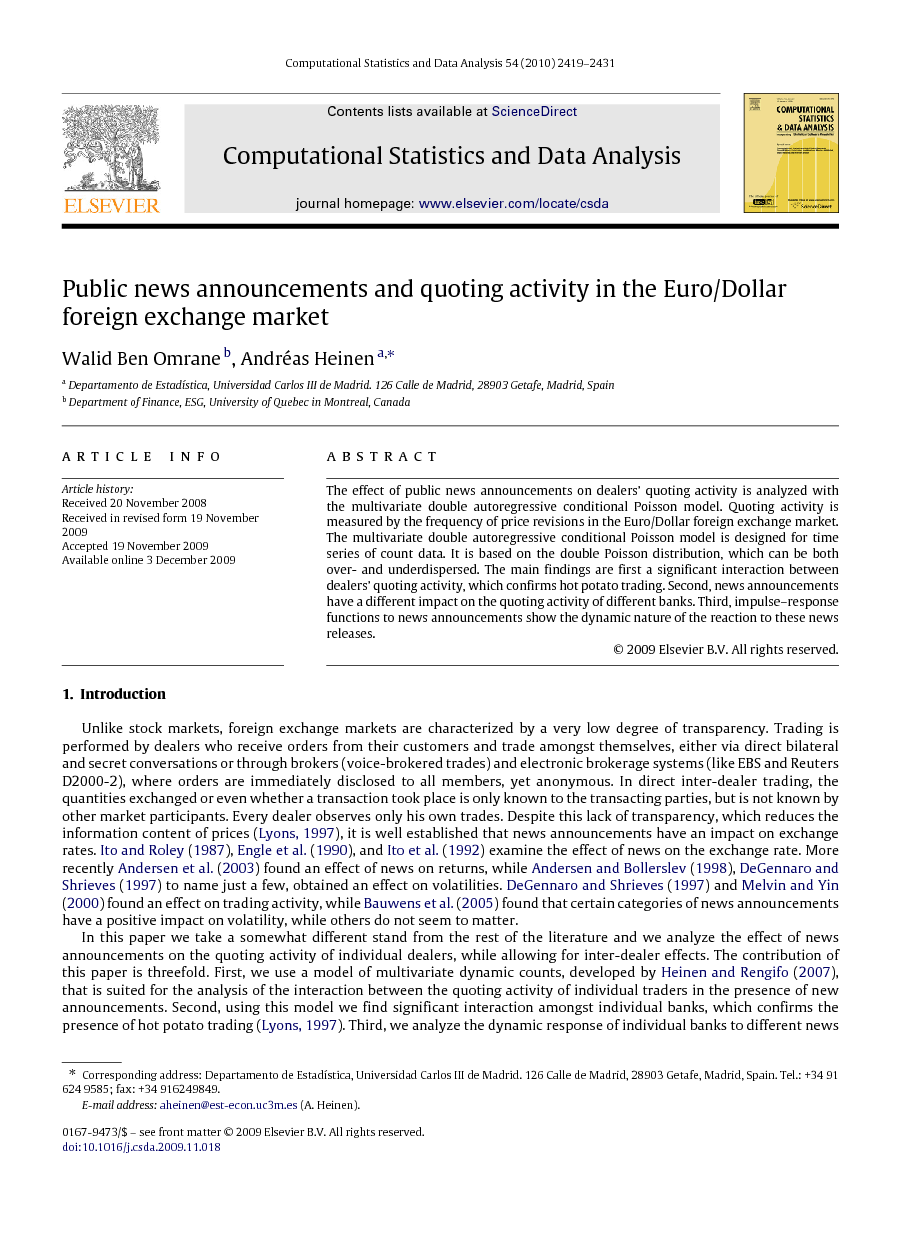 The effect of public news announcements on dealers’ quoting activity is analyzed with the multivariate double autoregressive conditional Poisson model. Quoting activity is measured by the frequency of price revisions in the Euro/Dollar foreign exchange market. The multivariate double autoregressive conditional Poisson model is designed for time series of count data. It is based on the double Poisson distribution, which can be both over- and underdispersed. The main findings are first a significant interaction between dealers’ quoting activity, which confirms hot potato trading. Second, news announcements have a different impact on the quoting activity of different banks. Third, impulse–response functions to news announcements show the dynamic nature of the reaction to these news releases.

We look at the quoting activity of a sample of major dealers on the Euro/Dollar exchange rate. By using a multivariate double autoregressive conditional Poisson model, we find evidence about the determinants of individual dealers’ quoting activity. Our findings are that even after controlling for inter-dealer effects, the impact of news on quoting activity are different from bank to bank. This confirms findings of Cheung and Wong (2000) of the heterogeneity of expectations of forecasters and dealers. A second finding is that there are very significant inter-dealer effects. We interpret this as being evidence of hot potato trading, as suggested by Lyons (1997). Therefore, using data on individual dealers, which has not been used before in this context, we confirm previous findings. Through the cross-correlation that we find between different dealers, we identify the effects of inventory being passed around from one dealer to another. Impulse–response functions show that the effect of the news announcements are short-lived, and die out in most cases within 30 min of the news release, which confirms findings of Chaboud et al. (2008). Finally we find the Multivariate Double Autoregressive Poisson model useful, since we have both overdispersed and underdispersed series in our data, and this model can handle both situations and at the same time take into account autocorrelation.