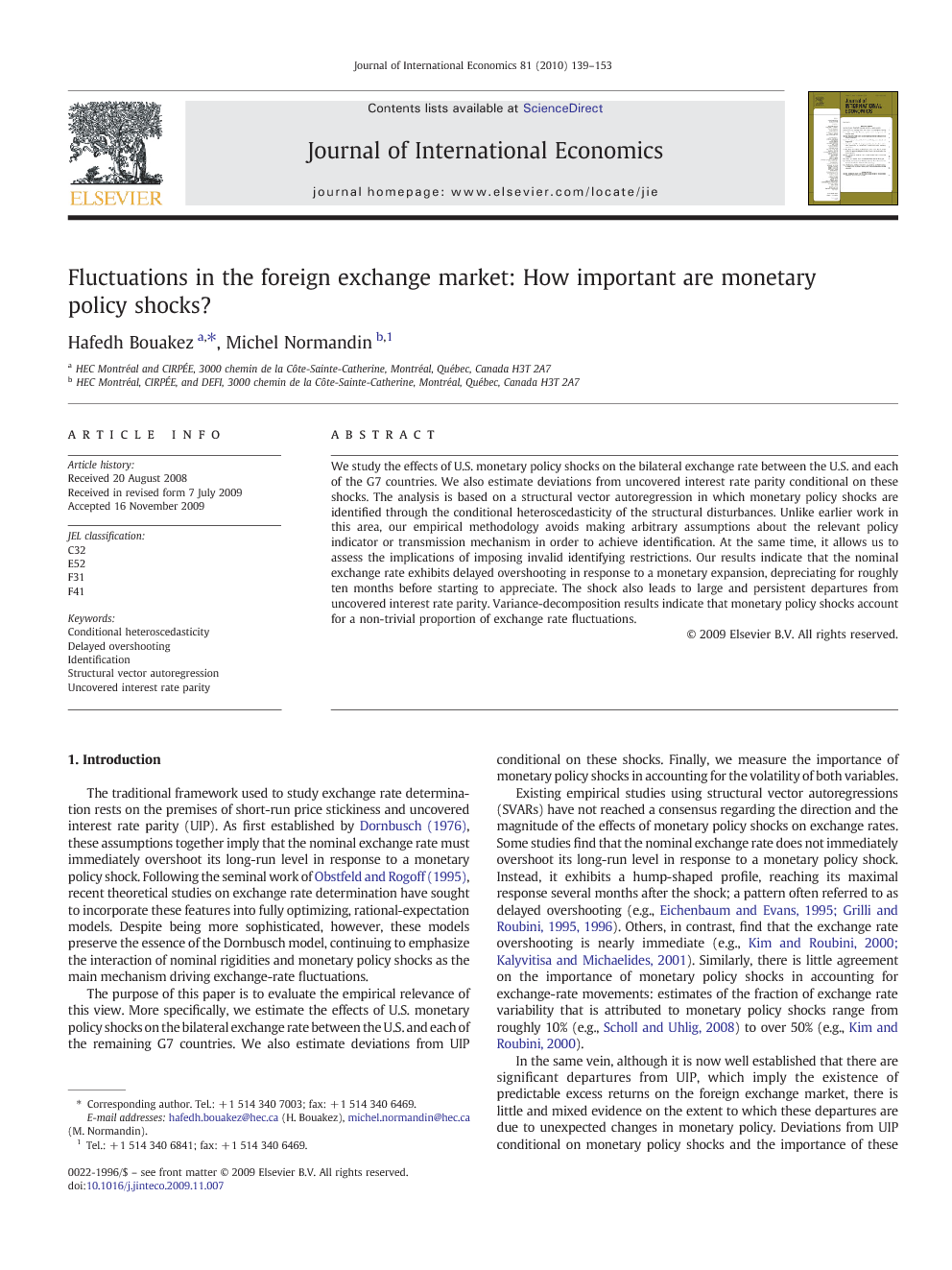 We study the effects of U.S. monetary policy shocks on the bilateral exchange rate between the U.S. and each of the G7 countries. We also estimate deviations from uncovered interest rate parity conditional on these shocks. The analysis is based on a structural vector autoregression in which monetary policy shocks are identified through the conditional heteroscedasticity of the structural disturbances. Unlike earlier work in this area, our empirical methodology avoids making arbitrary assumptions about the relevant policy indicator or transmission mechanism in order to achieve identification. At the same time, it allows us to assess the implications of imposing invalid identifying restrictions. Our results indicate that the nominal exchange rate exhibits delayed overshooting in response to a monetary expansion, depreciating for roughly ten months before starting to appreciate. The shock also leads to large and persistent departures from uncovered interest rate parity. Variance-decomposition results indicate that monetary policy shocks account for a non-trivial proportion of exchange rate fluctuations.

This paper has estimated the effects of monetary policy shocks on the nominal exchange rate and excess return using a flexible SVAR approach that relaxes arbitrary identifying assumptions associated with the policy indicator and orthogonality conditions, as well as those restricting the sign and shape of the dynamic responses. Our approach identifies monetary policy shocks through the conditional heteroscedasticity of the structural innovations, thus enabling us to test the restrictions commonly imposed in the literature in order to achieve identification. Our results indicate that a monetary policy expansion leads to a delayed overshooting of the nominal exchange rate, with a peak occurring at around 10 months after the shock and to large deviations from UIP. We also show that imposing invalid identifying restrictions may deliver misleading results regarding the effects of monetary policy shocks. Finally, we find that monetary policy shocks account for a non-trivial proportion of exchange rate variability. While the latter observation lends support to standard sticky-price models of exchange rate determination, the delayed overshooting of the nominal exchange rate and the existence of predictable excess returns on the foreign exchange market are clearly at odds with the predictions of these models. This paper's results, therefore, provide guidance about the direction in which models of exchange rate determination should be amended to better fit the data.