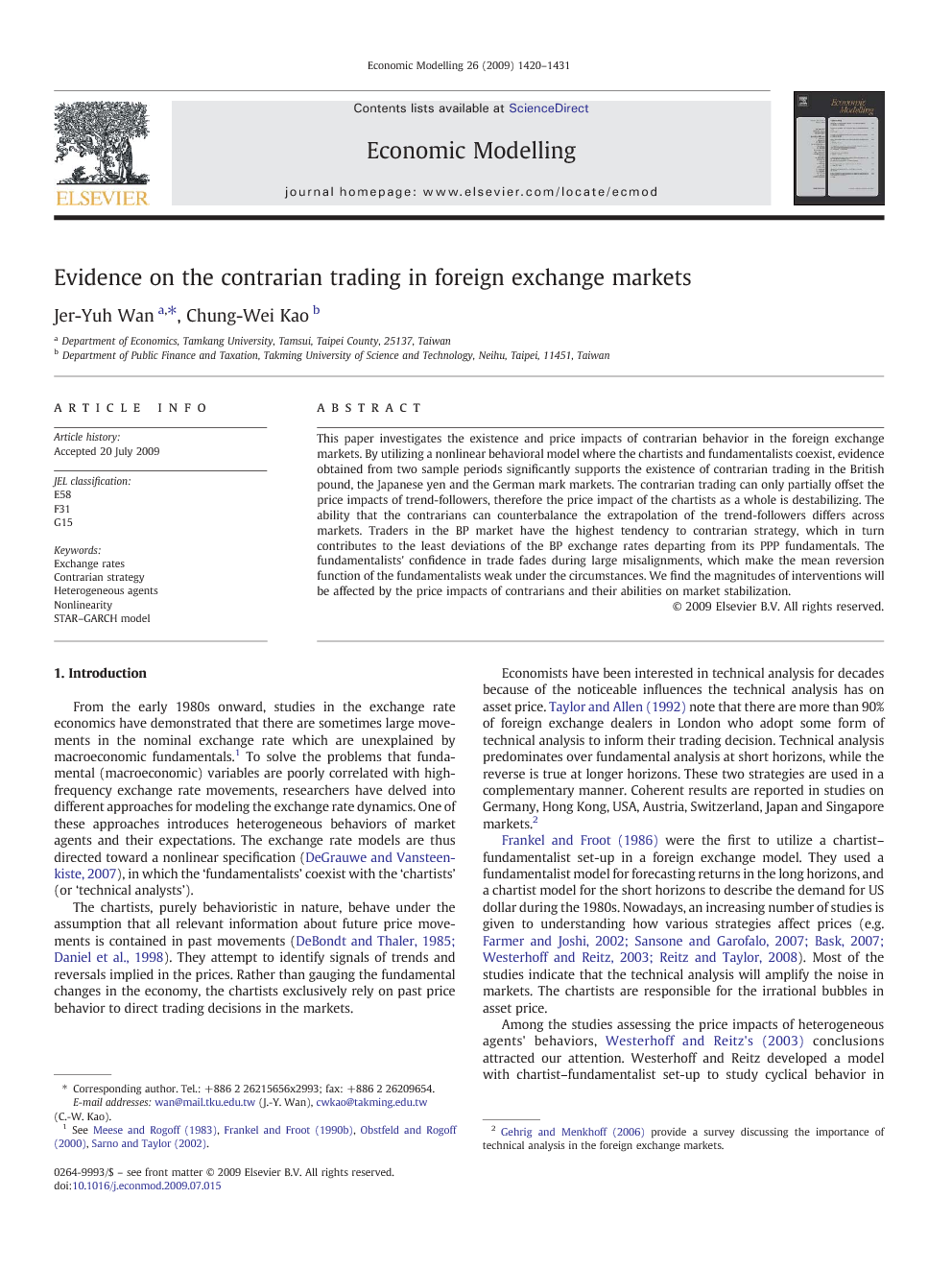 This paper investigates the existence and price impacts of contrarian behavior in the foreign exchange markets. By utilizing a nonlinear behavioral model where the chartists and fundamentalists coexist, evidence obtained from two sample periods significantly supports the existence of contrarian trading in the British pound, the Japanese yen and the German mark markets. The contrarian trading can only partially offset the price impacts of trend-followers, therefore the price impact of the chartists as a whole is destabilizing. The ability that the contrarians can counterbalance the extrapolation of the trend-followers differs across markets. Traders in the BP market have the highest tendency to contrarian strategy, which in turn contributes to the least deviations of the BP exchange rates departing from its PPP fundamentals. The fundamentalists' confidence in trade fades during large misalignments, which make the mean reversion function of the fundamentalists weak under the circumstances. We find the magnitudes of interventions will be affected by the price impacts of contrarians and their abilities on market stabilization.