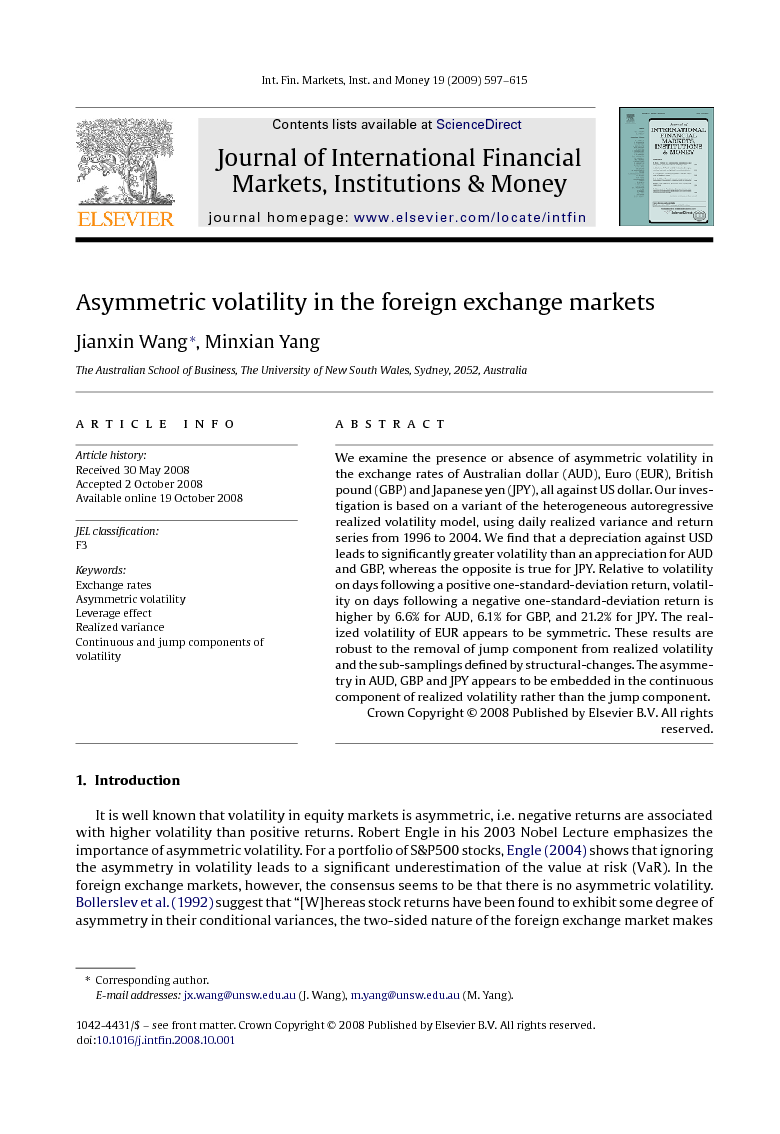 We examine the presence or absence of asymmetric volatility in the exchange rates of Australian dollar (AUD), Euro (EUR), British pound (GBP) and Japanese yen (JPY), all against US dollar. Our investigation is based on a variant of the heterogeneous autoregressive realized volatility model, using daily realized variance and return series from 1996 to 2004. We find that a depreciation against USD leads to significantly greater volatility than an appreciation for AUD and GBP, whereas the opposite is true for JPY. Relative to volatility on days following a positive one-standard-deviation return, volatility on days following a negative one-standard-deviation return is higher by 6.6% for AUD, 6.1% for GBP, and 21.2% for JPY. The realized volatility of EUR appears to be symmetric. These results are robust to the removal of jump component from realized volatility and the sub-samplings defined by structural-changes. The asymmetry in AUD, GBP and JPY appears to be embedded in the continuous component of realized volatility rather than the jump component.

We present in this paper some new evidence for asymmetric volatility in the exchange rates AUD, GBP and JPY (against USD). The results are robust to a number of variations in model specification and data series. However, the economic reasons for asymmetric volatility in exchange rates are not clear at this point. Plausible explanations include base-currency effect and central bank intervention effect. The results for AUD and GBP appear to be consistent with the base-currency effect, whereas the results for JPY seem to be related to the effect of central bank intervention. Future research should explore these and other economic factors affecting the asymmetric relationship between volatility and price movements of exchange rates.