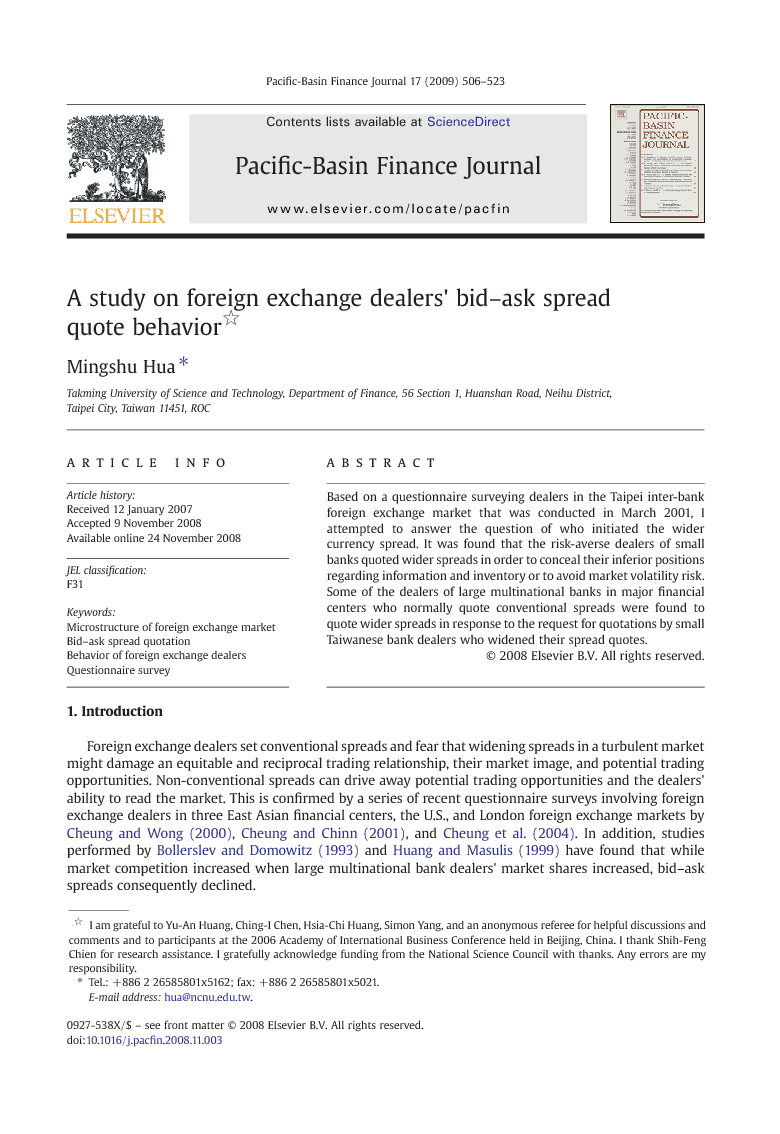 Based on a questionnaire surveying dealers in the Taipei inter-bank foreign exchange market that was conducted in March 2001, I attempted to answer the question of who initiated the wider currency spread. It was found that the risk-averse dealers of small banks quoted wider spreads in order to conceal their inferior positions regarding information and inventory or to avoid market volatility risk. Some of the dealers of large multinational banks in major financial centers who normally quote conventional spreads were found to quote wider spreads in response to the request for quotations by small Taiwanese bank dealers who widened their spread quotes.