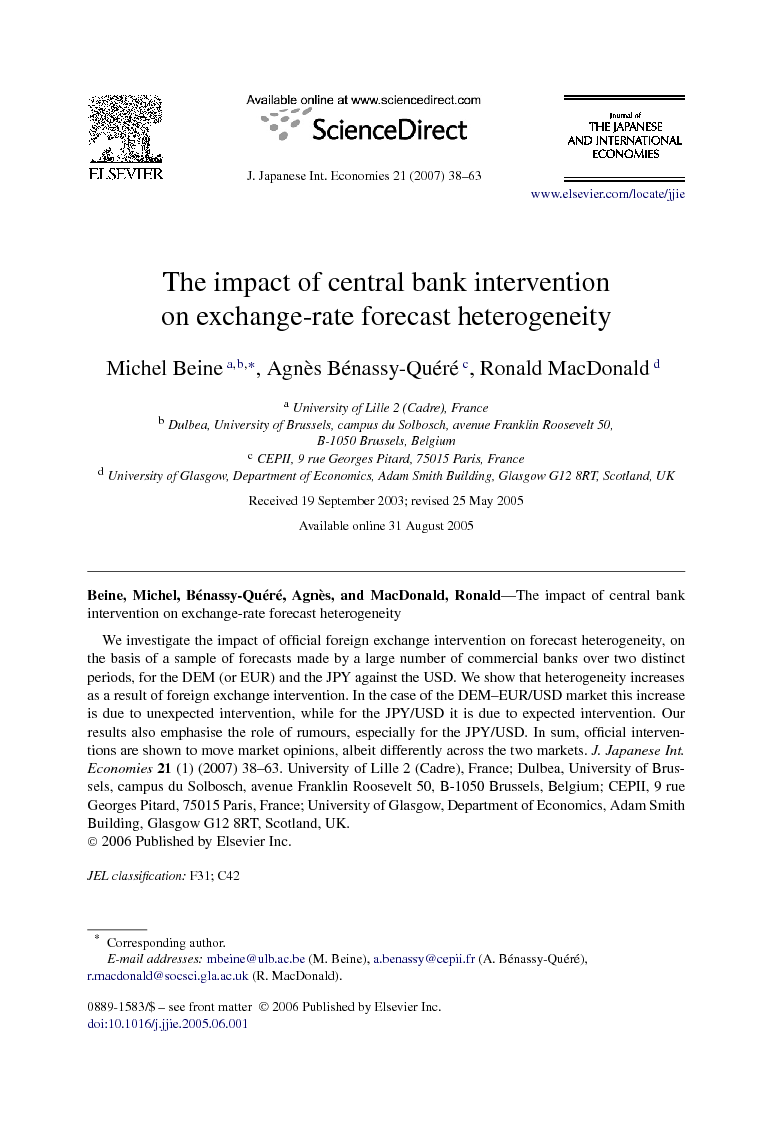 We investigate the impact of official foreign exchange intervention on forecast heterogeneity, on the basis of a sample of forecasts made by a large number of commercial banks over two distinct periods, for the DEM (or EUR) and the JPY against the USD. We show that heterogeneity increases as a result of foreign exchange intervention. In the case of the DEM–EUR/USD market this increase is due to unexpected intervention, while for the JPY/USD it is due to expected intervention. Our results also emphasise the role of rumours, especially for the JPY/USD. In sum, official interventions are shown to move market opinions, albeit differently across the two markets. J. Japanese Int. Economies21 (1) (2007) 38–63.