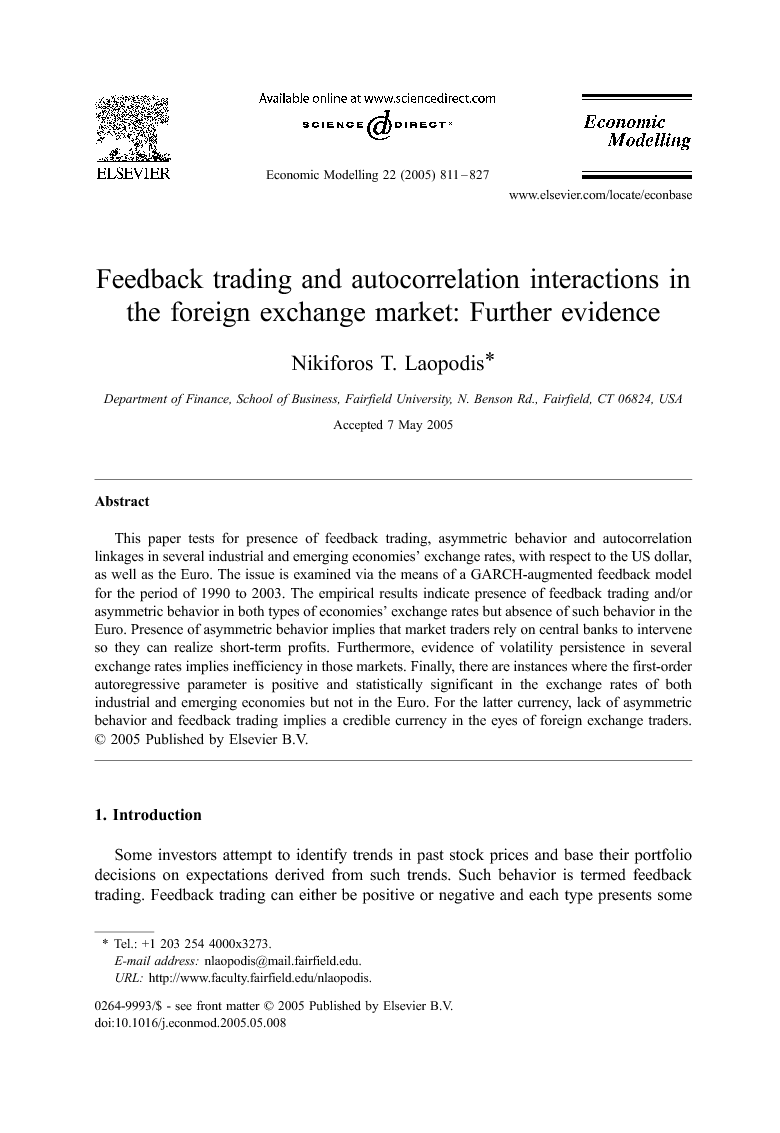 This paper examines the possibility of noise trading and autocorrelation patterns of 7 developed and 10 emerging economies' exchange rates with respect to the US dollar for the 1990 to 2003 period. The paper also considers the Euro's behavior from 1999 to 2003. More specifically, the paper seeks to empirically determine whether the presence of feedback trading strategies is a distinguishing feature of an emerging economy or it is a common element to both developed and emerging economies. Additionally, we examine whether there exist asymmetric behavior, volatility persistence, and credibility in the foreign exchange market following such trading. These questions are tested via the use of a GARCH-augmented feedback model. The results reveal an evidence of feedback trading and/or asymmetric behavior in both types of economies. Presence of asymmetric behavior implies that market traders rely on central banks to intervene so they can realize short-term profits and such actions, both by smart money and noise traders, could be destabilizing in the foreign exchange market. However, we found an absence of feedback trading and/or asymmetric behavior in the case of the Euro, which suggests that the currency is viewed as credible in the eyes of foreign exchange participants. Further, for several exchange rates we found high volatility persistence, which implies inefficiency in these currency markets. This result also implies that during volatile periods, deviations from a long-run value in an exchange rate are likely to increase since informed and noise traders exert a greater influence on the exchange rate. Finally, there are instances where the first-order autoregressive parameter is positive and statistically significant, in the currencies of both developed and emerging economies. This finding implies the presence of the so-called bandwagon effect, whereby past currency movements are followed by expectations of currency movements in the same direction.