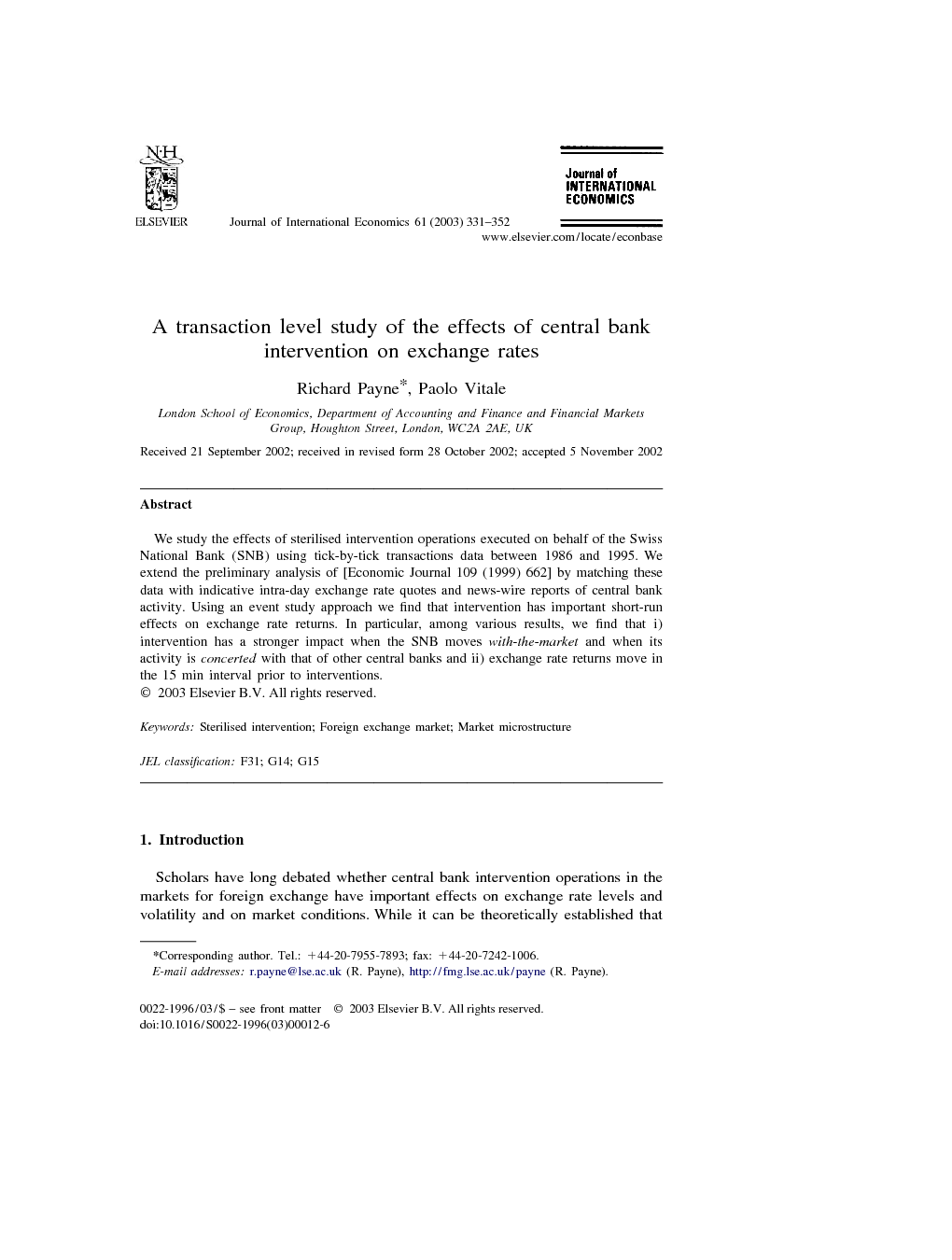 We study the effects of sterilised intervention operations executed on behalf of the Swiss National Bank (SNB) using tick-by-tick transactions data between 1986 and 1995. We extend the preliminary analysis of [Economic Journal 109 (1999) 662] by matching these data with indicative intra-day exchange rate quotes and news-wire reports of central bank activity. Using an event study approach we find that intervention has important short-run effects on exchange rate returns. In particular, among various results, we find that i) intervention has a stronger impact when the SNB moves with-the-market and when its activity is concerted with that of other central banks and ii) exchange rate returns move in the 15 min interval prior to interventions.