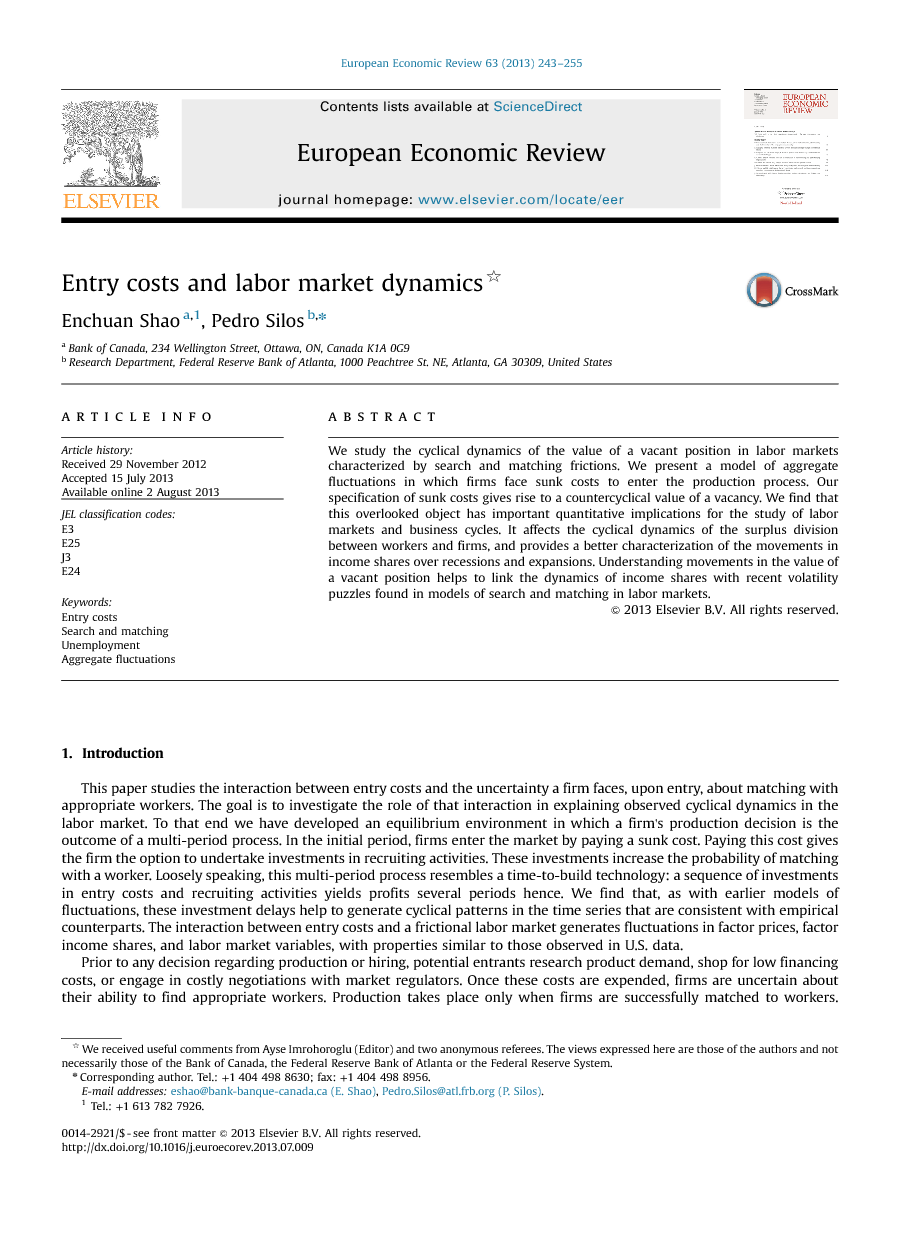 We study the cyclical dynamics of the value of a vacant position in labor markets characterized by search and matching frictions. We present a model of aggregate fluctuations in which firms face sunk costs to enter the production process. Our specification of sunk costs gives rise to a countercyclical value of a vacancy. We find that this overlooked object has important quantitative implications for the study of labor markets and business cycles. It affects the cyclical dynamics of the surplus division between workers and firms, and provides a better characterization of the movements in income shares over recessions and expansions. Understanding movements in the value of a vacant position helps to link the dynamics of income shares with recent volatility puzzles found in models of search and matching in labor markets.