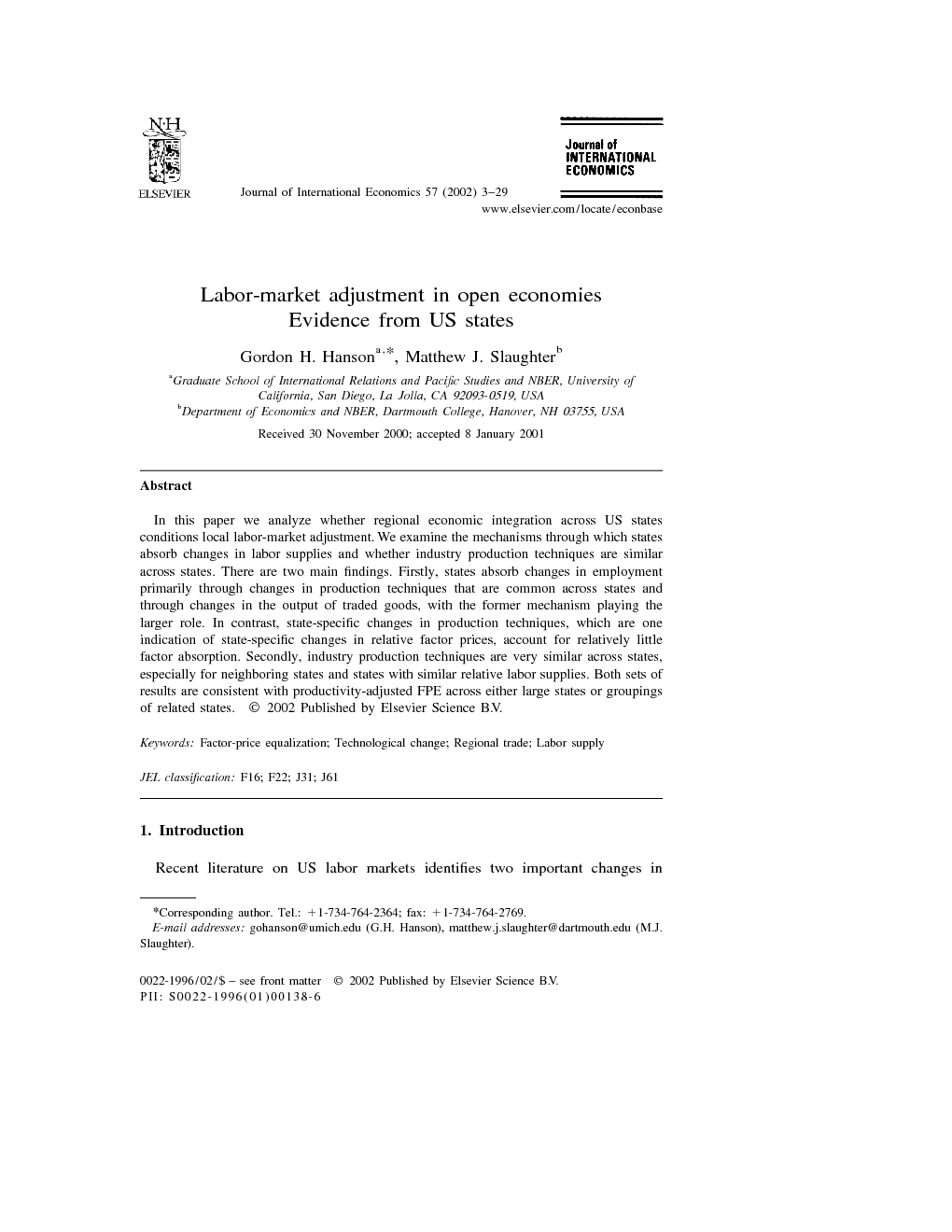 In this paper we analyze whether regional economic integration across US states conditions local labor-market adjustment. We examine the mechanisms through which states absorb changes in labor supplies and whether industry production techniques are similar across states. There are two main findings. Firstly, states absorb changes in employment primarily through changes in production techniques that are common across all states and through changes in the output of traded goods, with the former mechanism playing the larger role. In contrast, state-specific changes in production techniques, which are one indication of state-specific changes in relative factor prices, account for relatively little factor absorption. Secondly, industry production techniques are very similar across states, especially for neighboring states and states with similar relative labor supplies. Both findings are consistent with productivity-adjusted FPE across states. FPE implies that states experience similar relative-wage responses to sufficiently small factor-supply shocks specific to a single state. This could account for why existing studies find little impact of immigration on US regional wages. Factor, trade, and technology flows across regions, which support FPE, may dampen region-specific wage adjustments. We close with three suggestions for future research. Firstly, we did not examine the national wage implications of regional factor-supply shocks, e.g., immigration. This clearly deserves greater attention. Secondly, we did not focus on the adjustment mechanism of cross-state factor flows. Future work might try to estimate the relative contribution of interregional migration, trade, and technology flows to regional labor-market integration. Thirdly, we have not analyzed regional variation in nominal wages or tried to account for sources of inter-state productivity differences. A natural extension of our work would be to compare interstate differences in industry production techniques with interstate differences in nominal wages.