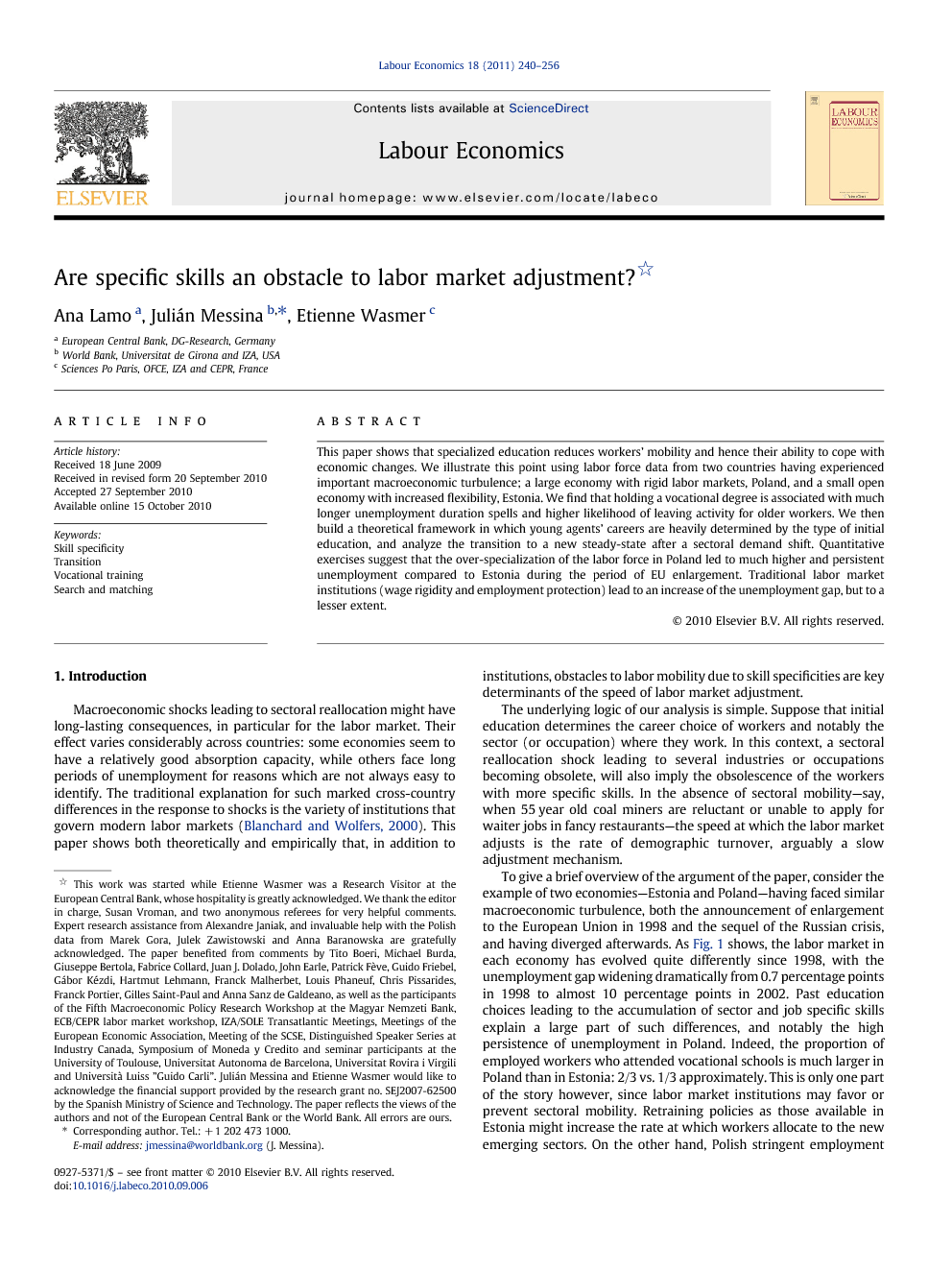 This paper shows that specialized education reduces workers’ mobility and hence their ability to cope with economic changes. We illustrate this point using labor force data from two countries having experienced important macroeconomic turbulence; a large economy with rigid labor markets, Poland, and a small open economy with increased flexibility, Estonia. We find that holding a vocational degree is associated with much longer unemployment duration spells and higher likelihood of leaving activity for older workers. We then build a theoretical framework in which young agents’ careers are heavily determined by the type of initial education, and analyze the transition to a new steady-state after a sectoral demand shift. Quantitative exercises suggest that the over-specialization of the labor force in Poland led to much higher and persistent unemployment compared to Estonia during the period of EU enlargement. Traditional labor market institutions (wage rigidity and employment protection) lead to an increase of the unemployment gap, but to a lesser extent.

Our paper has emphasized the role of specific skills on the (lack of) speed of adjustment of labor markets in periods of rapid structural change. Those episodes are frequent, possibly increasingly frequent with trade integration (agreements such as NAFTA and the successive enlargement rounds of the European Union) and are likely to bring about an intense process of sectoral restructuring, which usually requires significant reallocation of workers across firms and industries. Technological changes that rapidly alter the productive structure of firms are another example where significant hiring and firing of workers will coexist. When workers have adaptable skills these processes are smooth, and the gains from trade liberalization and technological change are rapidly realized. However, workers’ skills are often not ready for the new economic environment, and retraining might be too costly and lengthy. In this case, shortages of workers with adequate skills might become a long-lasting phenomenon, and the structural reallocation might be coupled with high and persistent unemployment.