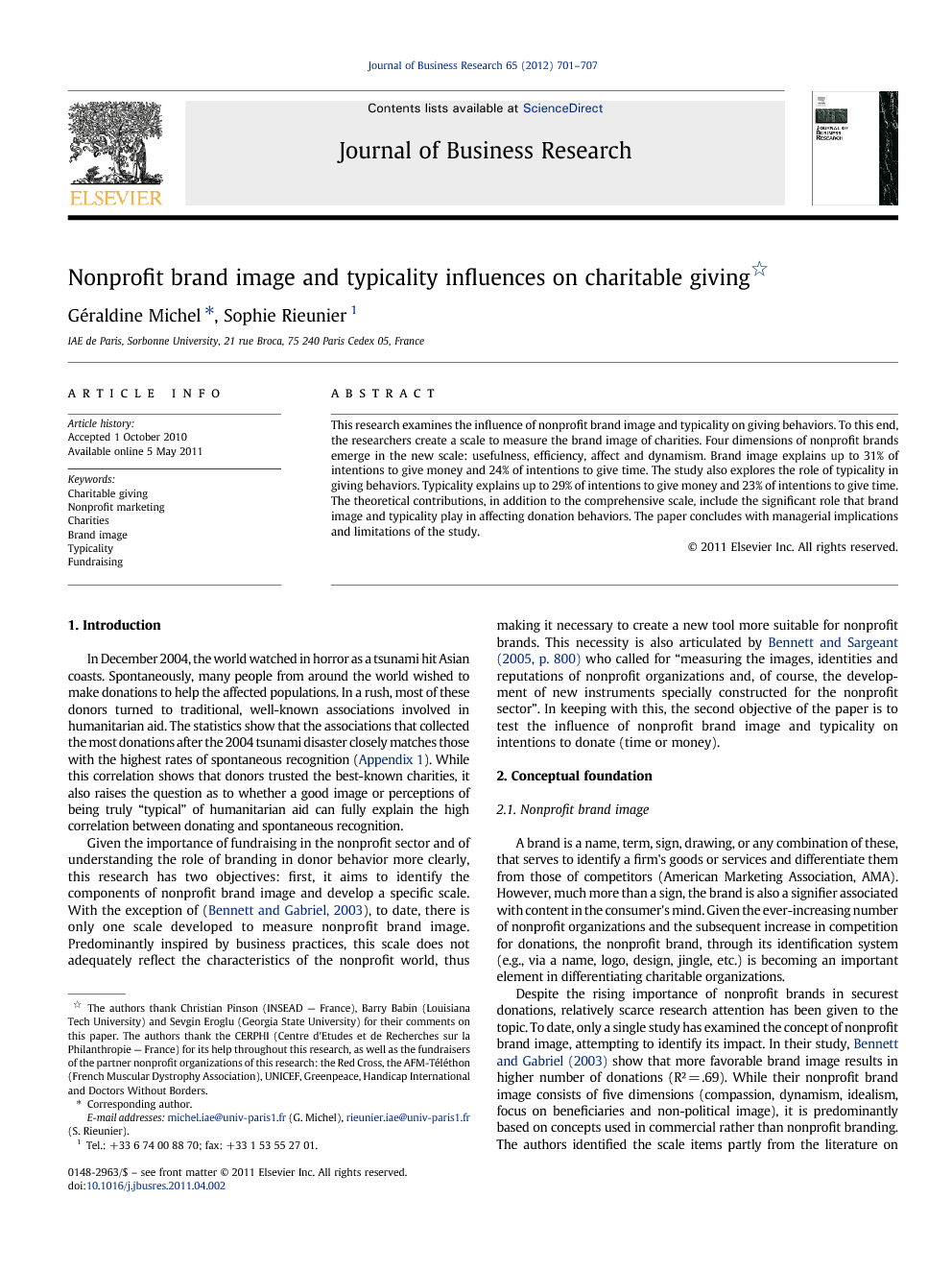 In December 2004, the world watched in horror as a tsunami hit Asian coasts. Spontaneously, many people from around the world wished to make donations to help the affected populations. In a rush, most of these donors turned to traditional, well-known associations involved in humanitarian aid. The statistics show that the associations that collected the most donations after the 2004 tsunami disaster closely matches those with the highest rates of spontaneous recognition (Appendix 1). While this correlation shows that donors trusted the best-known charities, it also raises the question as to whether a good image or perceptions of being truly “typical” of humanitarian aid can fully explain the high correlation between donating and spontaneous recognition. Given the importance of fundraising in the nonprofit sector and of understanding the role of branding in donor behavior more clearly, this research has two objectives: first, it aims to identify the components of nonprofit brand image and develop a specific scale. With the exception of (Bennett and Gabriel, 2003), to date, there is only one scale developed to measure nonprofit brand image. Predominantly inspired by business practices, this scale does not adequately reflect the characteristics of the nonprofit world, thus making it necessary to create a new tool more suitable for nonprofit brands. This necessity is also articulated by Bennett and Sargeant (2005, p. 800) who called for “measuring the images, identities and reputations of nonprofit organizations and, of course, the development of new instruments specially constructed for the nonprofit sector”. In keeping with this, the second objective of the paper is to test the influence of nonprofit brand image and typicality on intentions to donate (time or money).