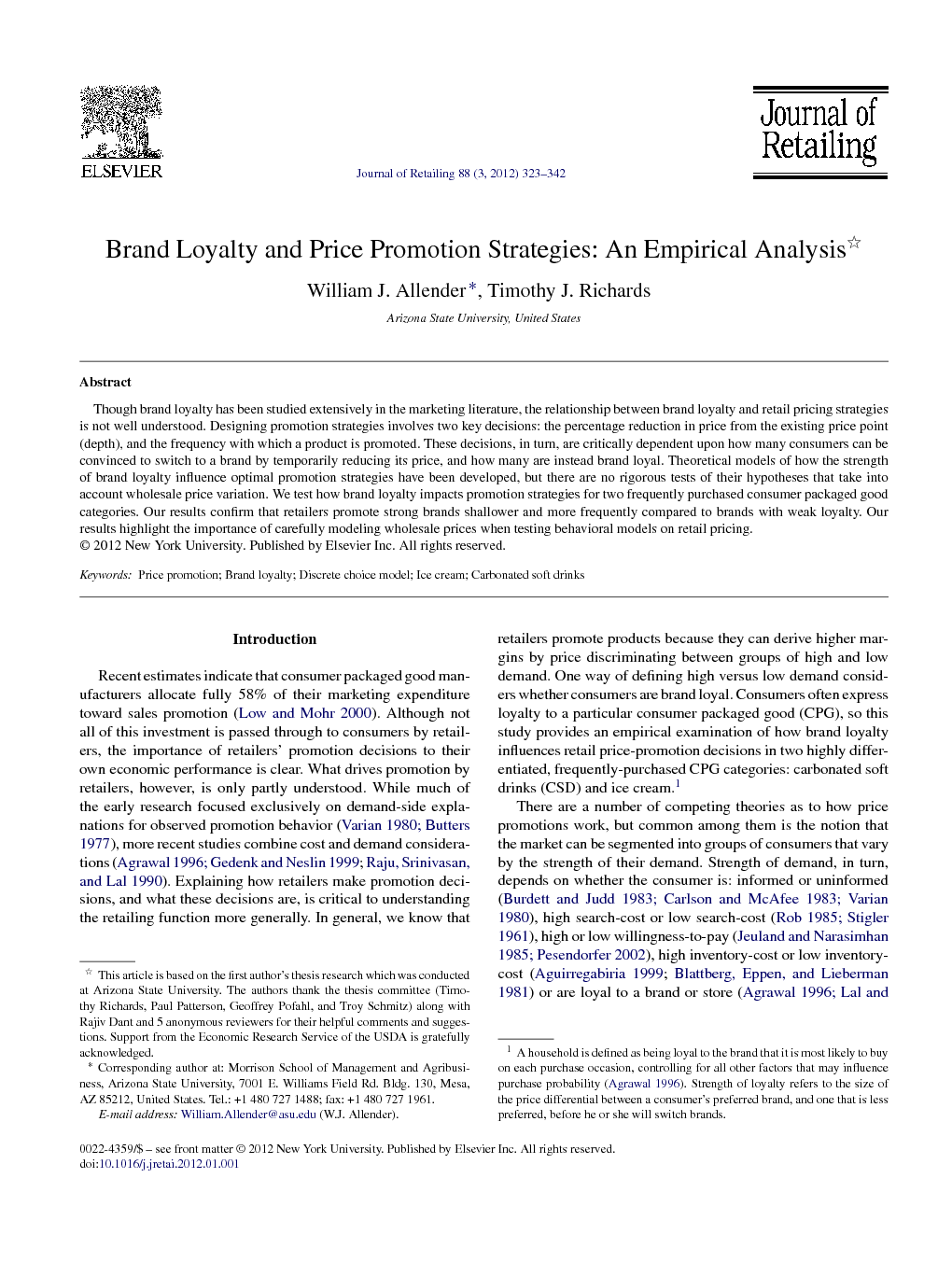 Though brand loyalty has been studied extensively in the marketing literature, the relationship between brand loyalty and retail pricing strategies is not well understood. Designing promotion strategies involves two key decisions: the percentage reduction in price from the existing price point (depth), and the frequency with which a product is promoted. These decisions, in turn, are critically dependent upon how many consumers can be convinced to switch to a brand by temporarily reducing its price, and how many are instead brand loyal. Theoretical models of how the strength of brand loyalty influence optimal promotion strategies have been developed, but there are no rigorous tests of their hypotheses that take into account wholesale price variation. We test how brand loyalty impacts promotion strategies for two frequently purchased consumer packaged good categories. Our results confirm that retailers promote strong brands shallower and more frequently compared to brands with weak loyalty. Our results highlight the importance of carefully modeling wholesale prices when testing behavioral models on retail pricing.