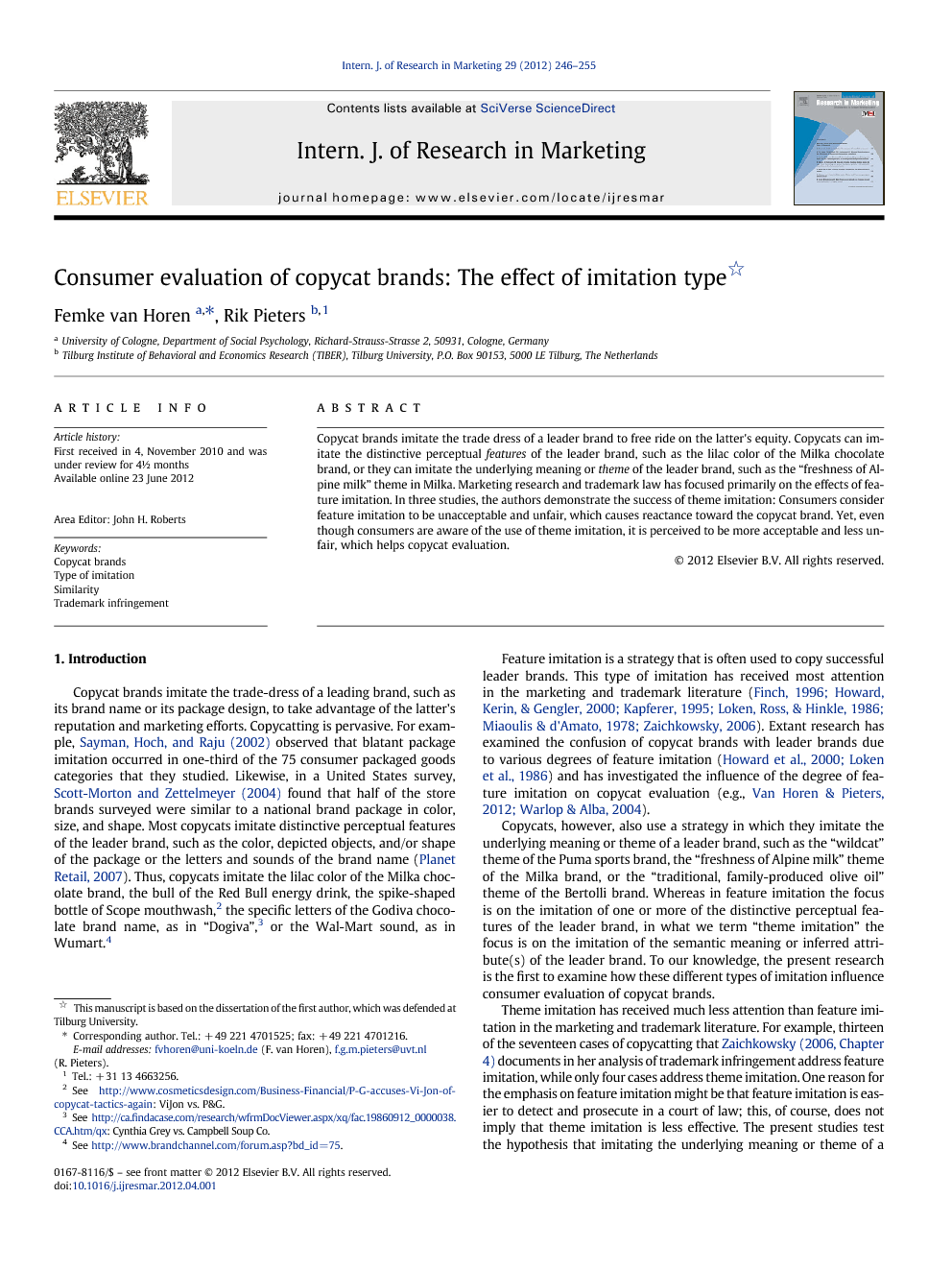 Copycat brands imitate the trade dress of a leader brand to free ride on the latter's equity. Copycats can imitate the distinctive perceptual features of the leader brand, such as the lilac color of the Milka chocolate brand, or they can imitate the underlying meaning or theme of the leader brand, such as the “freshness of Alpine milk” theme in Milka. Marketing research and trademark law has focused primarily on the effects of feature imitation. In three studies, the authors demonstrate the success of theme imitation: Consumers consider feature imitation to be unacceptable and unfair, which causes reactance toward the copycat brand. Yet, even though consumers are aware of the use of theme imitation, it is perceived to be more acceptable and less unfair, which helps copycat evaluation.