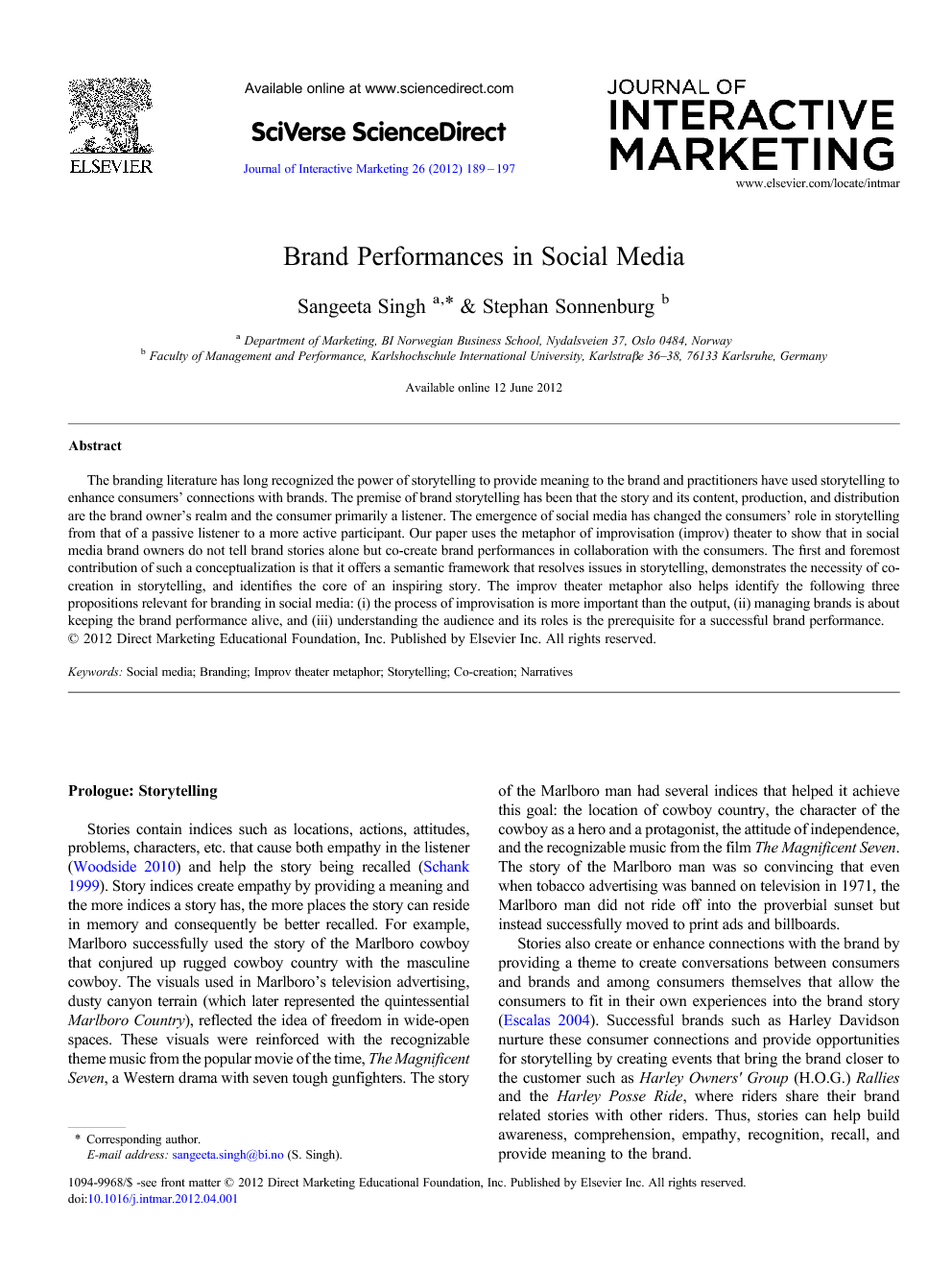 The branding literature has long recognized the power of storytelling to provide meaning to the brand and practitioners have used storytelling to enhance consumers' connections with brands. The premise of brand storytelling has been that the story and its content, production, and distribution are the brand owner's realm and the consumer primarily a listener. The emergence of social media has changed the consumers' role in storytelling from that of a passive listener to a more active participant. Our paper uses the metaphor of improvisation (improv) theater to show that in social media brand owners do not tell brand stories alone but co-create brand performances in collaboration with the consumers. The first and foremost contribution of such a conceptualization is that it offers a semantic framework that resolves issues in storytelling, demonstrates the necessity of co-creation in storytelling, and identifies the core of an inspiring story. The improv theater metaphor also helps identify the following three propositions relevant for branding in social media: (i) the process of improvisation is more important than the output, (ii) managing brands is about keeping the brand performance alive, and (iii) understanding the audience and its roles is the prerequisite for a successful brand performance.