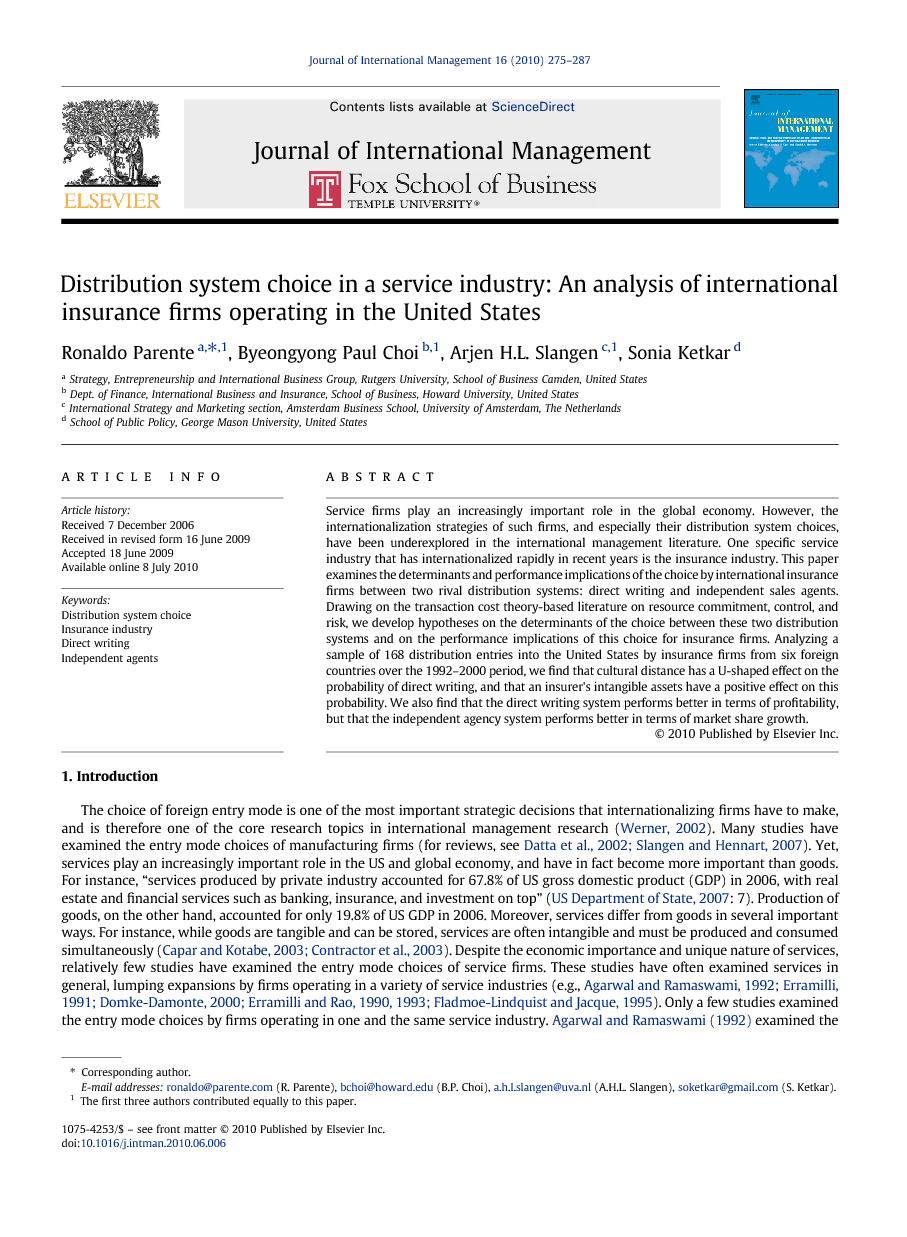 Service firms play an increasingly important role in the global economy. However, the internationalization strategies of such firms, and especially their distribution system choices, have been underexplored in the international management literature. One specific service industry that has internationalized rapidly in recent years is the insurance industry. This paper examines the determinants and performance implications of the choice by international insurance firms between two rival distribution systems: direct writing and independent sales agents. Drawing on the transaction cost theory-based literature on resource commitment, control, and risk, we develop hypotheses on the determinants of the choice between these two distribution systems and on the performance implications of this choice for insurance firms. Analyzing a sample of 168 distribution entries into the United States by insurance firms from six foreign countries over the 1992–2000 period, we find that cultural distance has a U-shaped effect on the probability of direct writing, and that an insurer's intangible assets have a positive effect on this probability. We also find that the direct writing system performs better in terms of profitability, but that the independent agency system performs better in terms of market share growth.