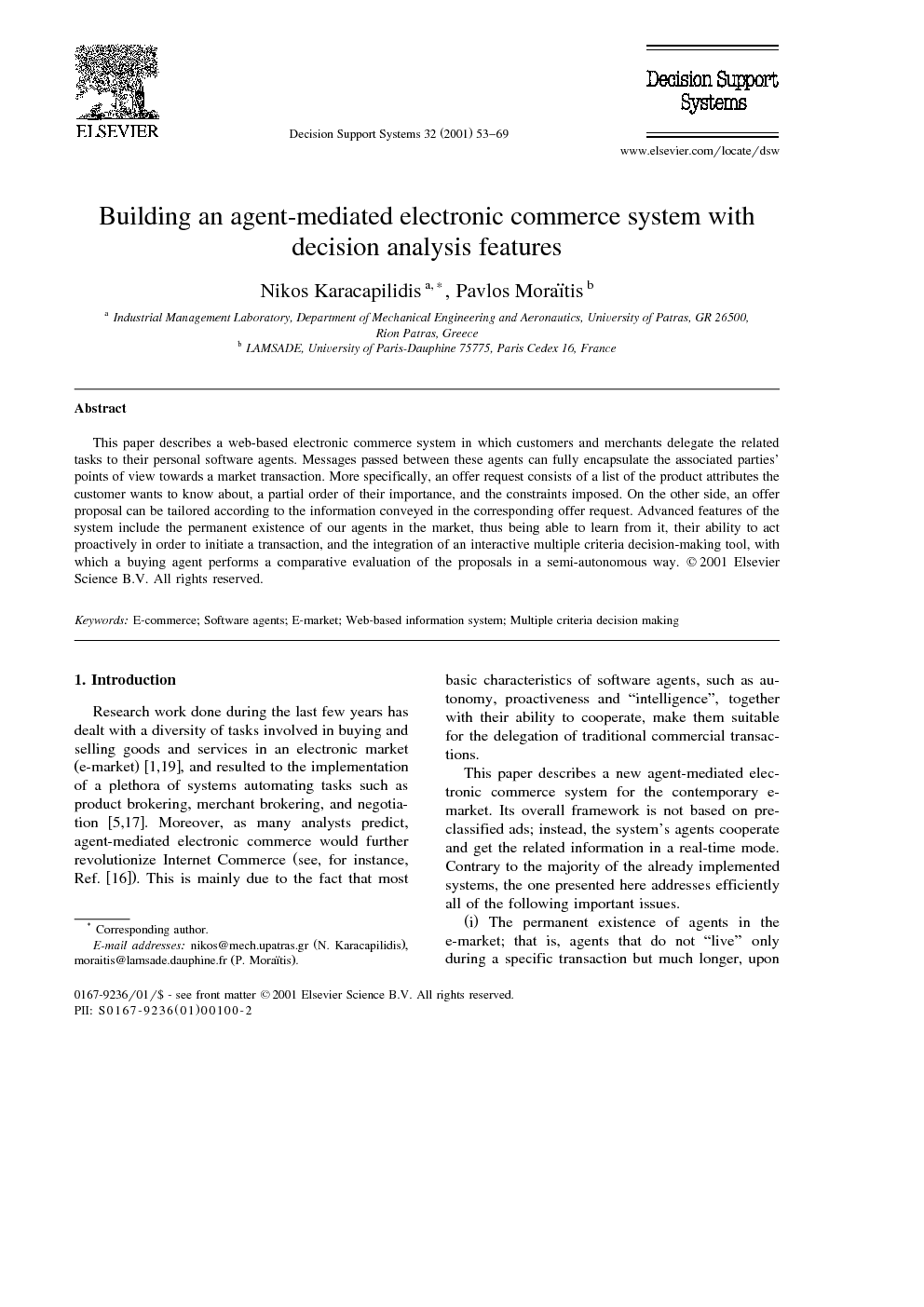 This paper describes a web-based electronic commerce system in which customers and merchants delegate the related tasks to their personal software agents. Messages passed between these agents can fully encapsulate the associated parties' points of view towards a market transaction. More specifically, an offer request consists of a list of the product attributes the customer wants to know about, a partial order of their importance, and the constraints imposed. On the other side, an offer proposal can be tailored according to the information conveyed in the corresponding offer request. Advanced features of the system include the permanent existence of our agents in the market, thus being able to learn from it, their ability to act proactively in order to initiate a transaction, and the integration of an interactive multiple criteria decision-making tool, with which a buying agent performs a comparative evaluation of the proposals in a semi-autonomous way.

This paper has presented a web-based system for agent-mediated cooperation in an electronic market. The main contribution concerns the personalization of the agents involved, the progressive synthesis and multiple criteria comparative evaluation of the alternative proposals, and the specification of (communication and cooperation) protocols attempting to bring real and artificial markets closer. Future work directions concern the integration of a more elaborated negotiation stage (for an overview, see Ref. [10]), by exploiting a multicriteria-based negotiation model that has first been presented in Ref. [14]. Negotiation of a set of product features, for instance, between a purchaser and a seller agent will enable the latter better tailoring its offer proposal and, eventually, work more efficiently for its merchant.