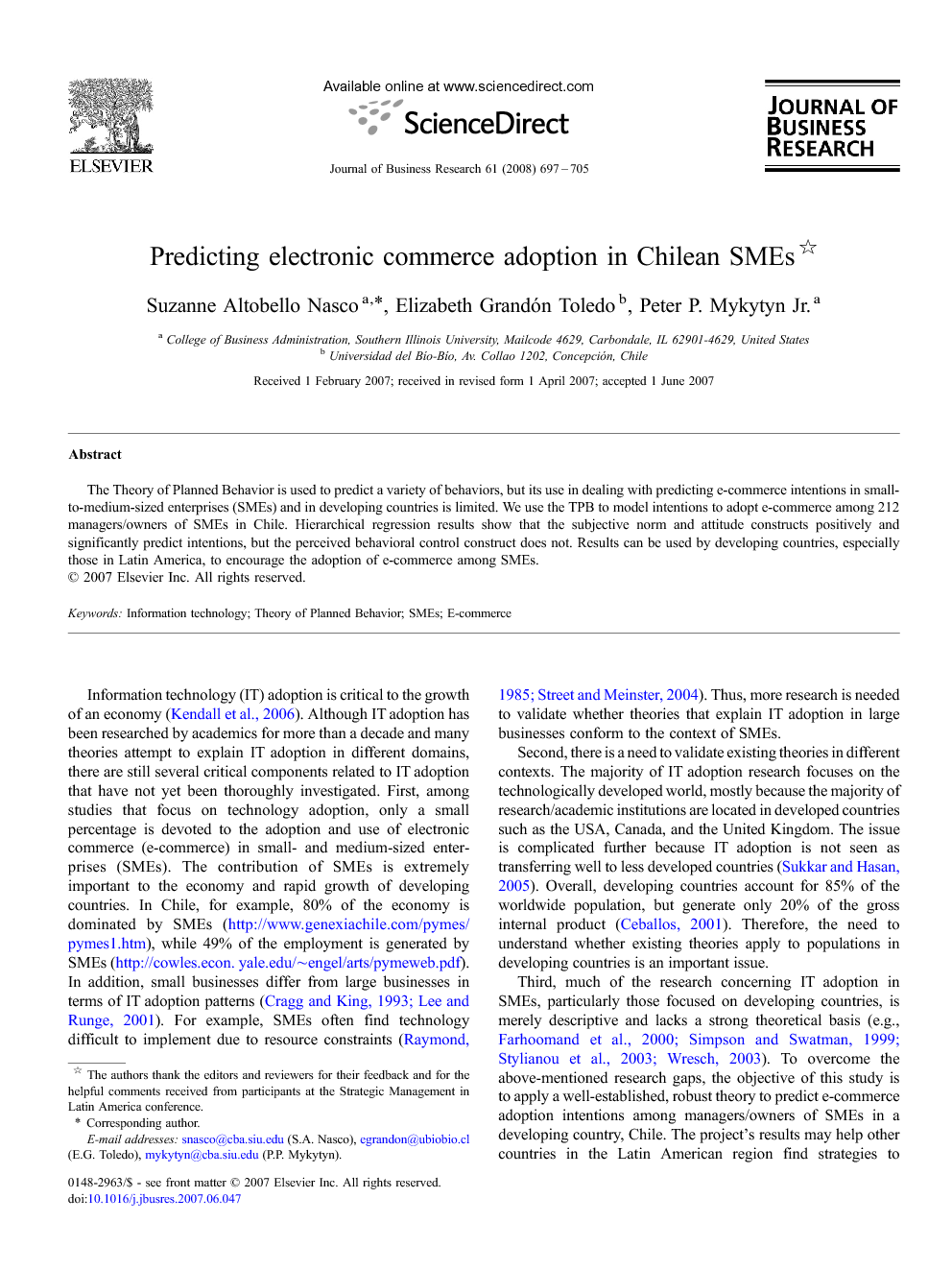 The Theory of Planned Behavior is used to predict a variety of behaviors, but its use in dealing with predicting e-commerce intentions in small-to-medium-sized enterprises (SMEs) and in developing countries is limited. We use the TPB to model intentions to adopt e-commerce among 212 managers/owners of SMEs in Chile. Hierarchical regression results show that the subjective norm and attitude constructs positively and significantly predict intentions, but the perceived behavioral control construct does not. Results can be used by developing countries, especially those in Latin America, to encourage the adoption of e-commerce among SMEs.