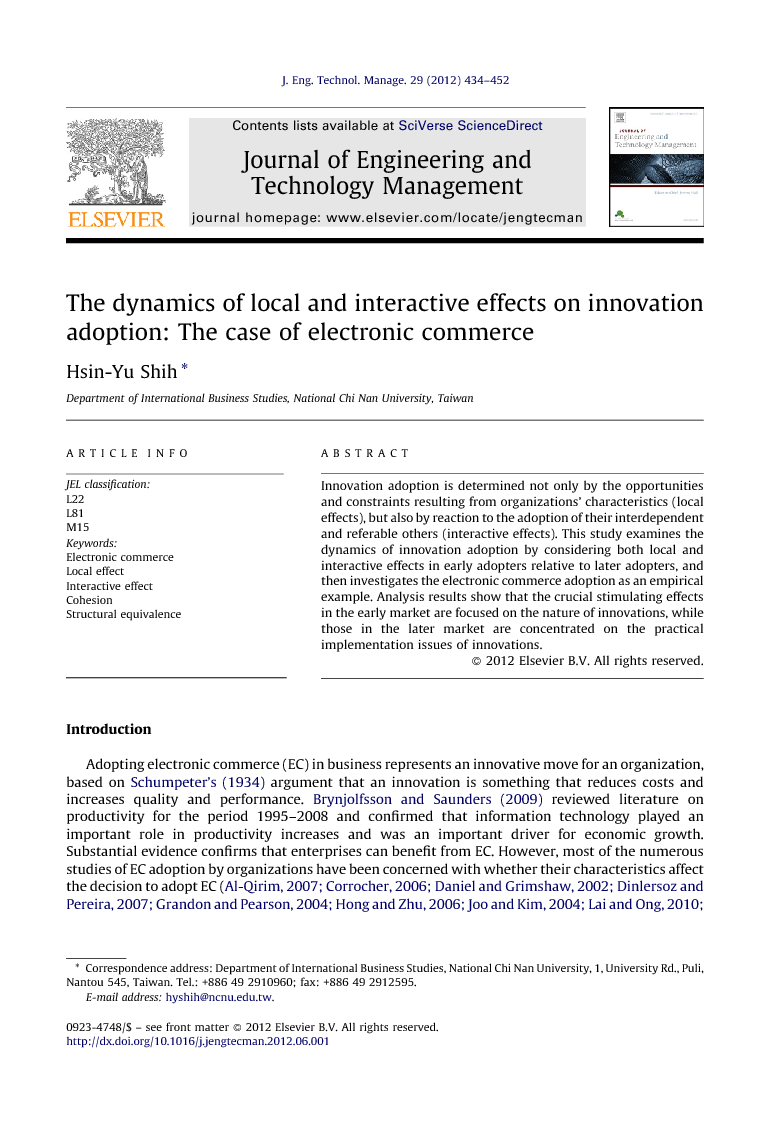 Innovation adoption is determined not only by the opportunities and constraints resulting from organizations’ characteristics (local effects), but also by reaction to the adoption of their interdependent and referable others (interactive effects). This study examines the dynamics of innovation adoption by considering both local and interactive effects in early adopters relative to later adopters, and then investigates the electronic commerce adoption as an empirical example. Analysis results show that the crucial stimulating effects in the early market are focused on the nature of innovations, while those in the later market are concentrated on the practical implementation issues of innovations.