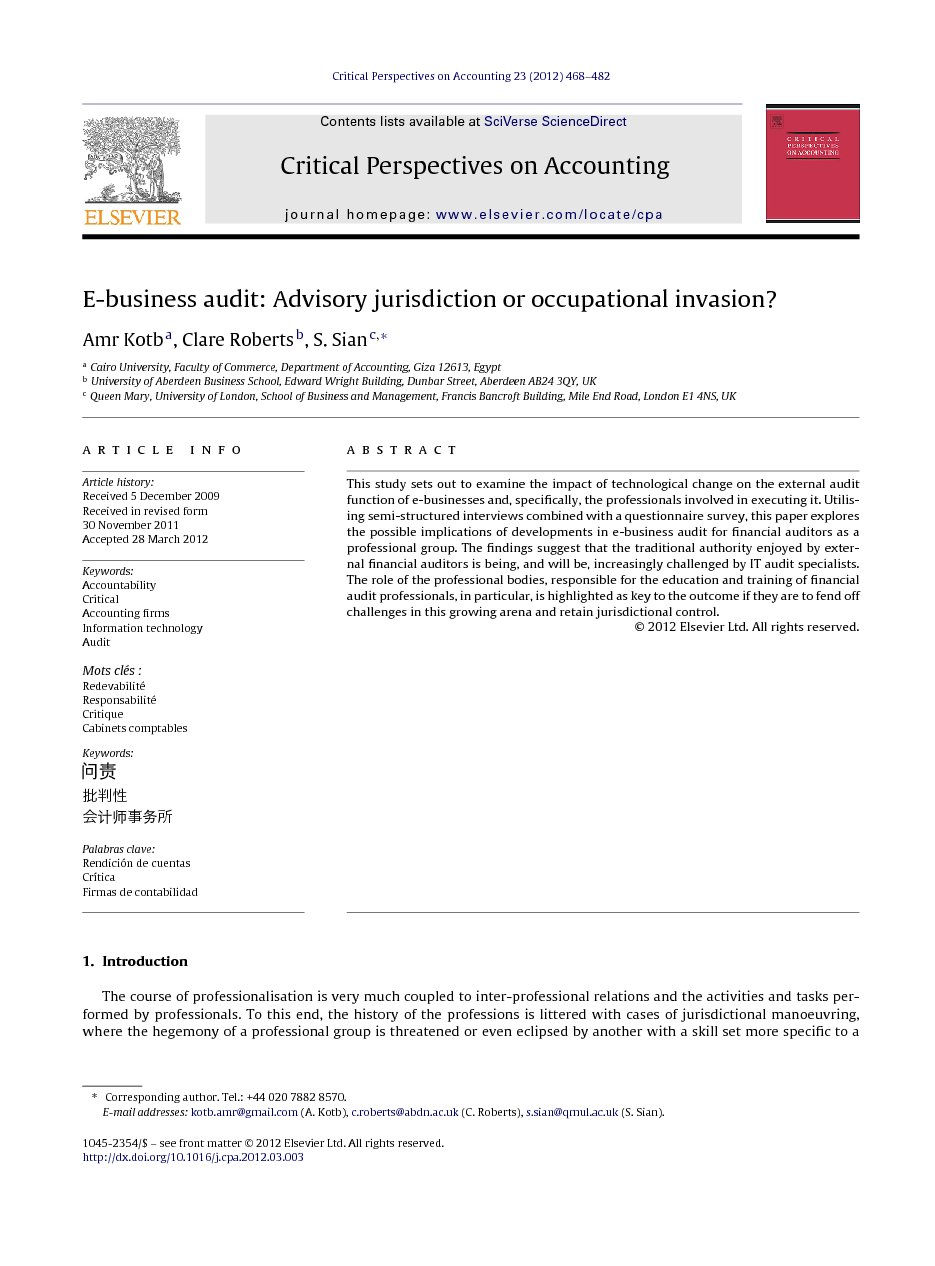 This study sets out to examine the impact of technological change on the external audit function of e-businesses and, specifically, the professionals involved in executing it. Utilising semi-structured interviews combined with a questionnaire survey, this paper explores the possible implications of developments in e-business audit for financial auditors as a professional group. The findings suggest that the traditional authority enjoyed by external financial auditors is being, and will be, increasingly challenged by IT audit specialists. The role of the professional bodies, responsible for the education and training of financial audit professionals, in particular, is highlighted as key to the outcome if they are to fend off challenges in this growing arena and retain jurisdictional control.