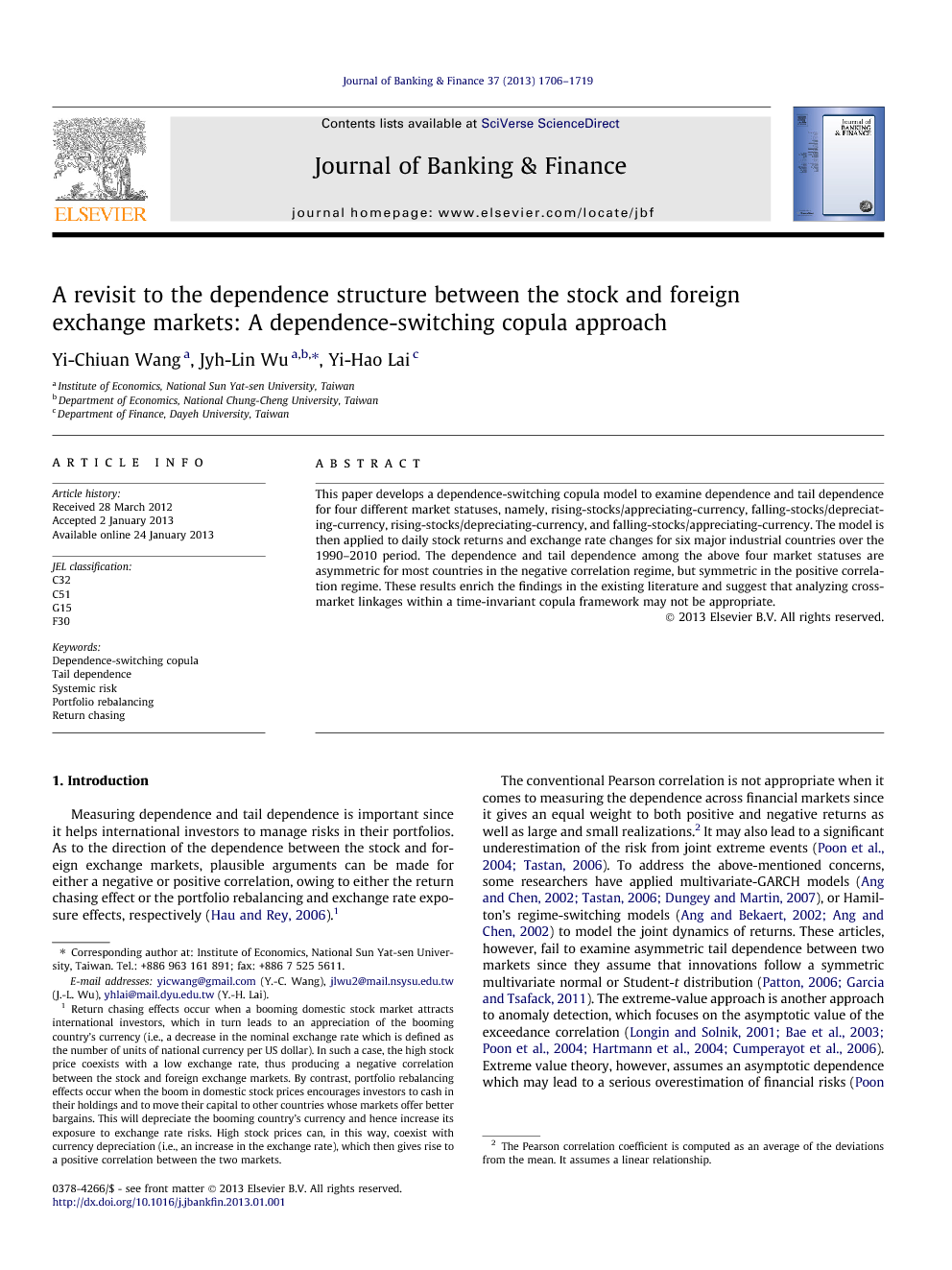 This paper provides a dependence-switching copula model to describe the dependence structure between the stock and foreign exchange markets. The advantage of our model is that it allows us to discuss dependence and tail dependence for four different market statuses. They are the bear and bull markets associated with currency depreciation and appreciation. Estimating the model with daily stock returns and exchange rate changes for six major industrial countries over the 1990–2010 period, we obtain several interesting results. First, dependence and tail dependence are asymmetric for most countries in a negative correlation regime but are symmetric for all countries in a positive correlation regime. Our tail dependence estimates are crucial for appropriately estimating VaR, for measuring true systemic risk in a financial crisis, and for the safety-first investor’s portfolio management. Second, exchange rate exposure effects or portfolio rebalancing effects dominate for most countries on most occasions. Third, the smoothing correlation between the two markets in the UK is similar to that of the euro countries during the post-euro period. These results suggest that analyzing cross-market linkages within a time-invariant copula framework may not be appropriate. They also have important implications for cross-market risk management and international asset pricing.