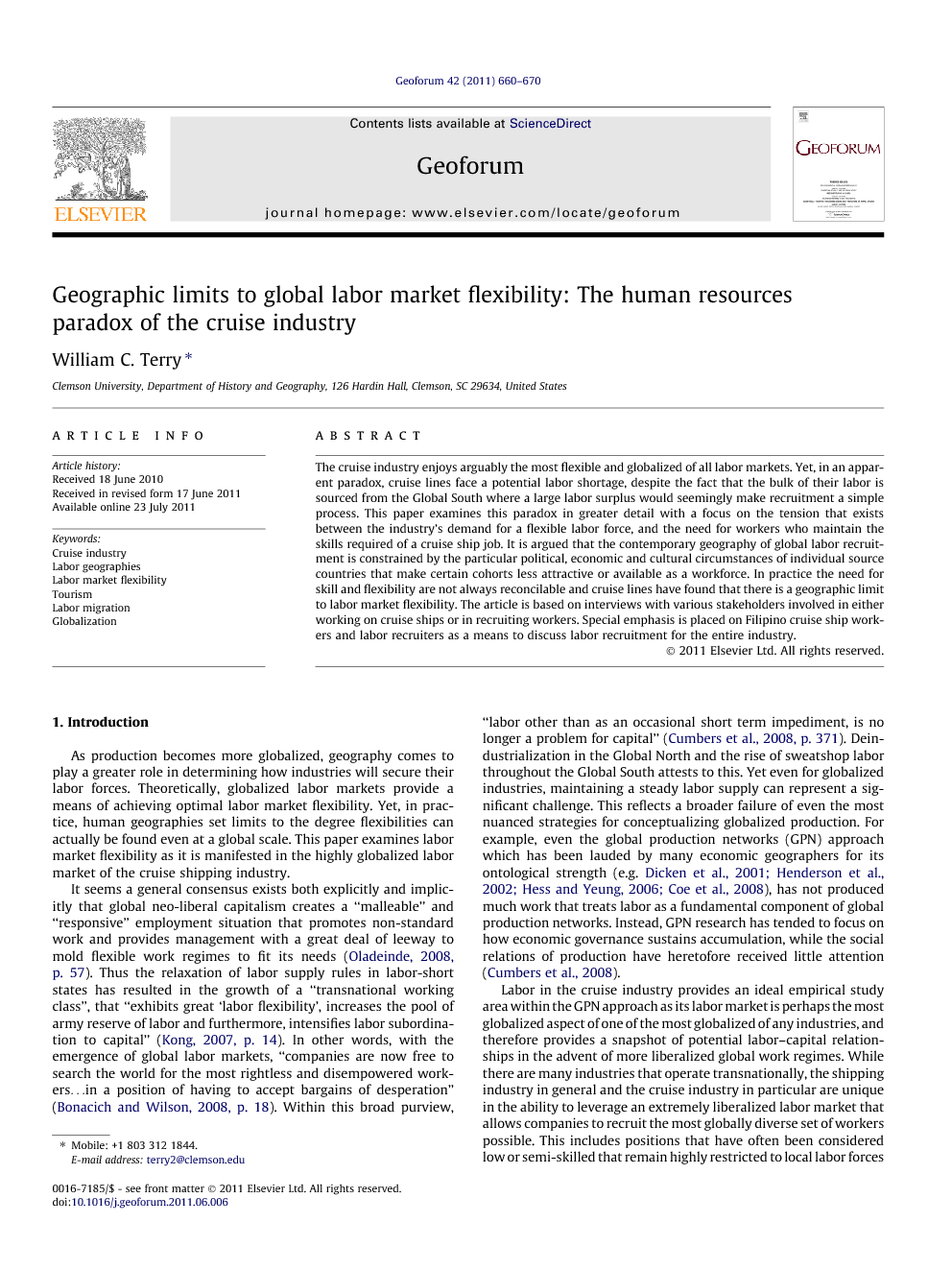 The cruise industry enjoys arguably the most flexible and globalized of all labor markets. Yet, in an apparent paradox, cruise lines face a potential labor shortage, despite the fact that the bulk of their labor is sourced from the Global South where a large labor surplus would seemingly make recruitment a simple process. This paper examines this paradox in greater detail with a focus on the tension that exists between the industry’s demand for a flexible labor force, and the need for workers who maintain the skills required of a cruise ship job. It is argued that the contemporary geography of global labor recruitment is constrained by the particular political, economic and cultural circumstances of individual source countries that make certain cohorts less attractive or available as a workforce. In practice the need for skill and flexibility are not always reconcilable and cruise lines have found that there is a geographic limit to labor market flexibility. The article is based on interviews with various stakeholders involved in either working on cruise ships or in recruiting workers. Special emphasis is placed on Filipino cruise ship workers and labor recruiters as a means to discuss labor recruitment for the entire industry.